Bartel Van de Walle contributed to the evaluation report “United Nations Office for the Coordination of Humanitarian Affairs (UN OCHA) response to the Syria crisis” that was published last month. Van de Walle was part of the evaluation team. His role consisted of mapping the performance of Information Management (IM). The findings are based on field visits in Jordan, Lebanon and Turkey.

He found that one of the most successful aspects of IM in the Syria crisis has been its use in securing resolutions on humanitarian access. IM has been a major aspect of the OCHA response, underpinning much of the globally successful advocacy. In terms of facilitating response, there is much to learn from the way that new technologies distribute information in the Syria context and how IM tools need to adapt.

Van de Walle recommends OCHA to capture the innovative IM work from the Syria crisis and consider its applicability to other conflict contexts. Another recommendation is to rethink some of the traditional IM approaches in fluid and fast-moving contexts such as Syria, focusing less on static products that become immediately outdated and more on networked products using social media and other new technologies (source: UN OCHA response to the Syria crisis). 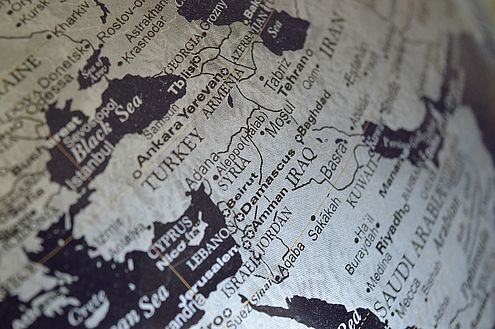