On January 18 2017, the Memorial Fund of Canton Sarajevo in cooperation with the Institute for the Protection of Historical Heritage, the Institute for Urban Development in Canton Sarajevo and the Association of Architects B&H, announced the results of the anonymous architectural competition for the memorial site ‘Tunnel D-B’, also known as ‘Tunnel of Hope’. More than 700m long tunnel is a unique structure created during the four-year long Siege of Sarajevo (1992-1996) – the longest siege of a capital city known to modern history. The tunnel served as the only possible exit or entrance to the besieged city. Currently, a section of c. 20 meters is preserved and open to the public, as part of an exhibition opened immediately after the war in Bosnia and Herzegovina ended. 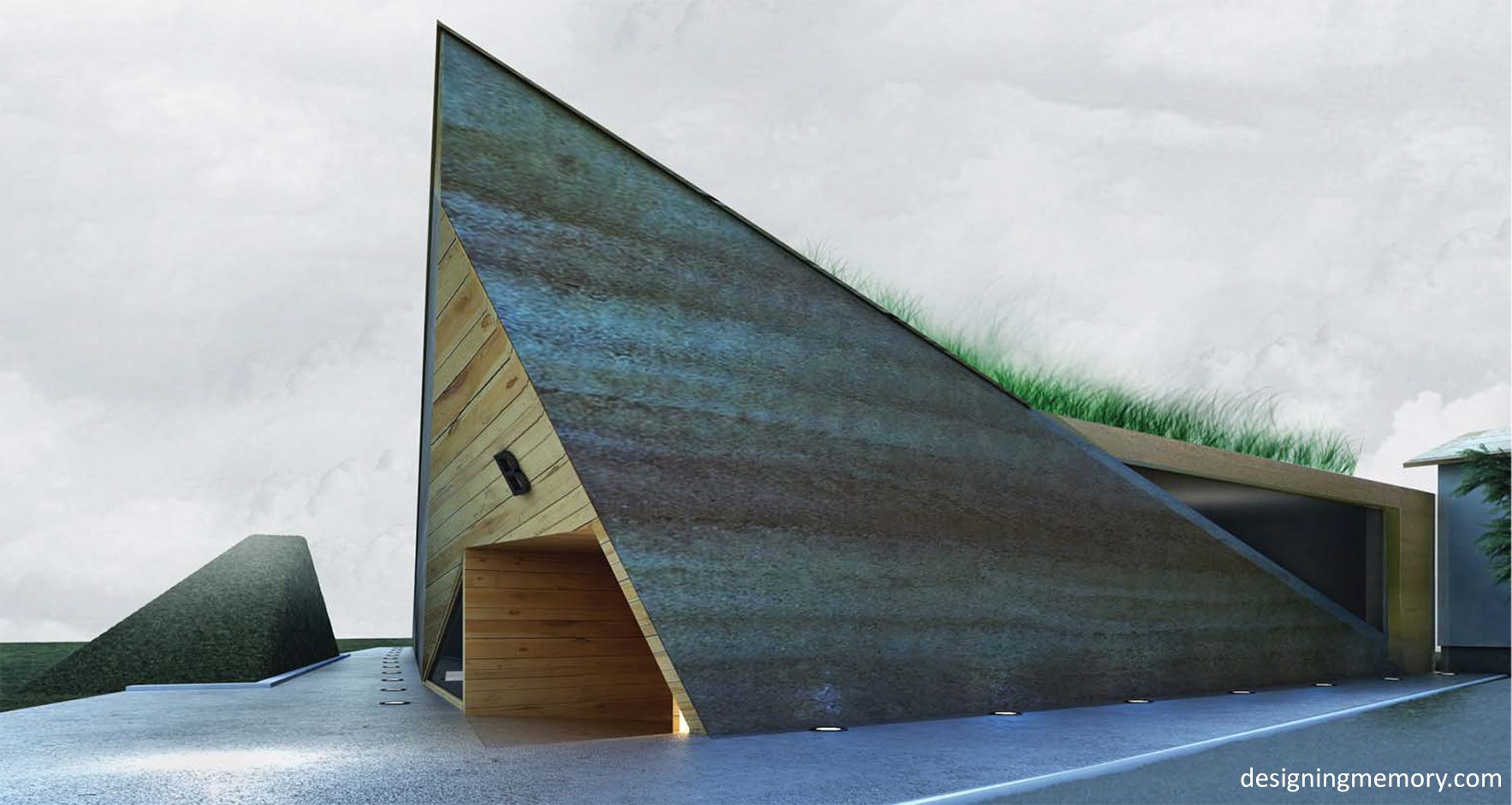 The competition invited proposals for two buildings: a memorial museum and a research center. The structures are planned to be built on two sides of the Sarajevo International Airport, where the tunnel’s exits used to be. The competition brief asked for a project that can facilitate the tunnel’s growing popularity, preserve the authenticity of the location, and bring additional symbolical value to the site. In a blind selection process the jury chose the proposal by Sabina Tanović as the best. It was awarded with the second prize, since the jury felt that none of the entries fulfilled all of the competition’s requirements. Hence, a first prize was not awarded. The implementation of Tanović’s concept design is planned for the coming year.

Tanović’s concept for the memorial museum for the ‘Tunnel Spasa’ and the accompanying research center is designed to preserve and commemorate a structure of profound significance, but also to create a space that can meet the complex demands of the existing memorial site. The two buildings, separated by the Sarajevo airport, communicate in both their materialization and symbolic meaning. To reflect the tunnel’s history, the outer walls of the new buildings are made of rammed earth, with green roofs. In this way, they appear as lifted layers of soil. This mirrors the fact that earth played an essential role in the process of making the original tunnel: enormous heaps of earth were taken out and deposited next to the exits and entrances, and trenches were made to ensure a safer passage. The authentic remains of the tunnel, still open to the public, can be reached via the exhibition spaces, which descend gradually into the earth.
With an argument that memorial architecture on authentic sites (with original structures) needs to be moderate and symbolically tailored for the specificities of a given topic, Tanović proposes buildings that enhance the sense of place and, at the same time, serve as transitional space towards the main subject.

Tanović is an architect, independent researcher and expert on commemorative architecture. Trained as an architect, she decided to further explore her passion for memorials by completing a research project on the topic. In 2015 she received a PhD from Delft University of Technology, the Netherlands, with a thesis entitled Memory in Architecture: Contemporary Memorial Projects and their Predecessors (2015). Her current research focuses on contemporary European memory and the construction of architectural commemorative projects. In an interdisciplinary approach, she investigates the relations between psychological aspects of bereavement and their integration into a memorial-making process. She is a project leader of ‘Designing Memory’ which deals with design, adaptation and remodeling of memorial sites.
Her participation in this competition is highly meaningful for Tanović. Having lived through the Siege of Sarajevo as a young girl, she chose the tunnel as her graduation project when she was an architecture student at the University of Sarajevo. This project went on to become the catalyst for her work as a scholar. To be able to use her extensive knowledge of commemorative architecture for a project that is so close to her heart is not only a serendipitous turn of events, but also an exceptional privilege.