Proud to be a Delft Technology Fellow

In this interview we talk with Odette Scharenborg, Associate Professor and Delft Technology Fellow at the Multimedia Computing Group, about gender diversity in the workplace, women and academic leadership and inclusive, safe working environments. 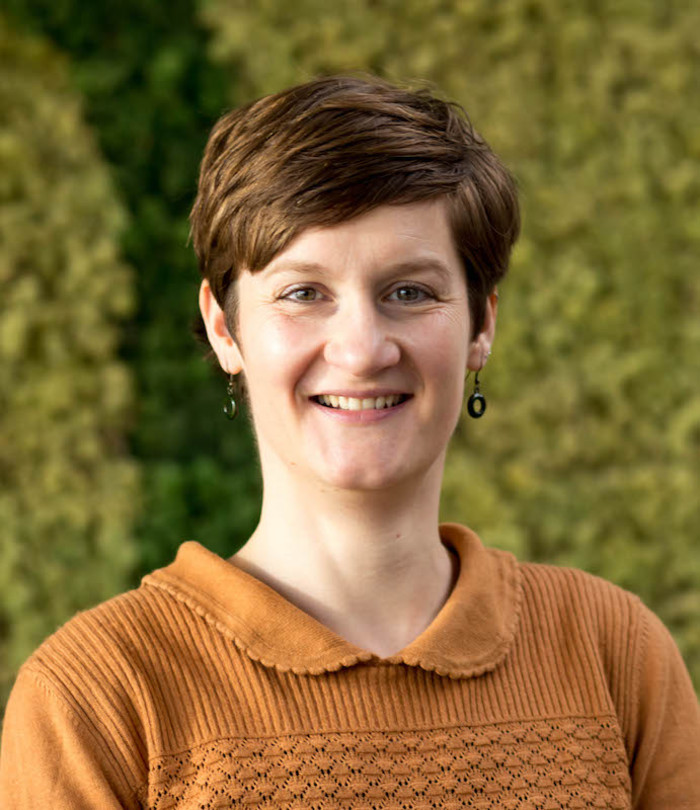 TU Delft (and I would say this counts for any university) would never lower the standards required of its staff simply to get more women on board. So I’m proud to be a Delft Technology Fellow!

What was it like to be appointed as a Delft Technology Fellow?

Odette: ‘To be honest, before I knew what the DTF (Delft Technology Fellowship) entailed and I wasn’t so aware of the various methods for increasing the number of women in science, I didn’t think much of programmes specially for women. I believed – and still do – that if you’re good enough, you’ll get there. So a programme specially for women left me asking if I wasn’t good enough to get an appointment through the normal route. But it soon became clear to me that this was a non-issue: I was received with open arms and had lots of support from my supervisor/Departmental Director and many colleagues. That was really nice. And when a while later I became a member of various appointments advisory committees and saw the requirements people had to meet to become assistant or associate professor, the question disappeared completely. TU Delft (and I would say this counts for any university) would never lower the standards required of its staff simply to get more women on board. So I’m proud to be a Delft Technology Fellow!’

How can we ensure that there are more women in science?

Odette: ‘I would get everyone to take a training course in inclusiveness to make them aware of subconscious prejudices. Everyone participating in the course can experience what it’s like to be in a minority position; what it’s like to be treated differently. I don’t think it’s enough just to implement simple measures. (Read also: “To learn inclusion skills, make it personal”, Nature: https://www.nature.com/articles/d41586-019-00282-y.)

Odette: ‘And we need the men in this story. I am chair of the diversity committee in my international professional association. During a lunch meeting, we spoke together on the low percentage of women in my discipline. I deliberately invited men from my network to this lunch meeting. It’s not purely a women’s issue. And these men have many questions, but also a lot of good suggestions.’

Odette: ‘Fundamental changes are needed to create equal opportunities for men and women, but you can make a start with very small changes: let a women finish speaking, refuse to take part in keynote sessions, panels and organising workshops where only men take part, don’t talk over women’s ideas. Make a conscious effort to put the woman or the minority in your group in the foreground.’

Quotas: Yes or No

Odette: 'I’d prefer it if hard measures such as quotas or the measure* that Eindhoven University of Technology wants to implement weren’t necessary, but if all other measures fail, something rigorous needs to happen. I don’t think that Delft needs such hard measures. We have the DTF, which is very effective. It sends a clear signal that Delft is a university where women are welcome. However, I do think that we could give the DTF programme a higher profile.’

How can we ensure that women stay?

Odette: ‘Give women support and make sure there is a good network. Even though I’ve only been working at TU Delft for a relatively short time (since June 2018), it didn’t take long before I was fairly visible within the University. This was thanks to the support of my Departmental Director and several professors in my department. They kept pushing me to the front: ‘You should ask her.’ Whether that’s the reason I’m going to Luxembourg because I’ve been asked a an ‘expert consultant of language technology’ to discuss the EU research budget for the coming years, I don’t know, but wow, what an opportunity! And I’ve also been asked for the Computer Science Round Table of the Netherlands to examine where computer science research in the Netherlands is headed in the coming years. It is fantastic to be in a position where I can influence things.’

Odette: ‘And women need to collaborate and help each other to progress; that needs a strong network. Sadly, it still occurs only too frequently that women hold other women back instead of helping them. Maybe because they’ve got so used to fighting for the few positions open to them. We shouldn’t fight, but work together. Within my discipline – Speech Science and Technology – we have set up a network to nominate each other for awards, to recommend each other for fellowships, to advise each other and to be a mentor for students. I think that’s great. We need to interact as women. That works!’

What is your dream?

Being a role model

Odette: ‘I want to have my own lab and to be a professor. I’d love to be a role model for the younger generations, because I never really had a role model myself.
And it would be fantastic if women from elsewhere and at every level could have the opportunity to come to TU Delft and get a taste of the atmosphere here, so they might choose to become a post-doc researcher, or assistant or associate professor here someday. I miss that kind of internship opportunity and would love to see it here. I think we as a university have a lot to offer women.’

What advice would you give to a young doctoral candidate?

Odette: ‘Don’t give up! There isn’t a single academic who has never been rejected. Believe in yourself. And ask others for help. But mainly: don’t give up!’

*(Watch also the interview with Odette Scharenborg on the plans at Eindhoven University of Technology in Nieuwsuur (at 26’40”).)