How vibrations indicate the condition of railway tracks

The Dutch railway system will see an increase of traffic and this results in less flexibility for maintenance. The TU Delft contributed to a research project with the objective to reduce disturbances in the Dutch railway system. In cooperation with ProRail a research was performed how small cracks in railway tracks can be discovered in an earlier stage. The new technology measures vibrations of the train and the track.

To inspect the condition of railway tracks, the Dutch railways used a special train equipped with video equipment. The disadvantage of this way is the low speed of this train and this results in delays of the railway operations.

The new technology makes it possible to discover dents, cracks and erosion in an earlier stage. If small cracks in a rail evolve to rail fractures, extensive repair works have to be performed. If small cracks are detected, a train fitted with abrading equipment can repair the damaged tracks after normal train operations.

The goal of the DrTrack research was to detect small cracks uninterrupted and during higher speeds. Fourteen sensors measure the vibrations of the train and the track in different situations. These vibrations indicate the condition of the track because a damaged rail has a different vibration then a track in good condition. One of the biggest advantages of this technology is the ability to monitor the condition of the railway tracks during regular train operation because sensors are mounted on regular passenger trains, and work on high speeds. At this moment two passenger trains are equipped with DrTrack, and in the future this will be fourteen.

This infograph of NWO gives more information about DrTrack (Dutch): 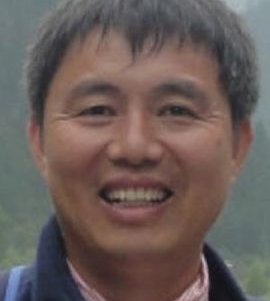 Full Professor and Chair of Rail