Seven years of the Transport Institute

Bart van Arem reminisces and takes a look ahead

It’s now several years ago since TU Delft Transport Institute was first established. High time for a review of its history and a look ahead with its director, Bart van Arem.

The Transport Institute officially opened in 2012. “At that time, TU Delft was in the process of a reorganisation, referred to as the review. This involved the decision to focus on several themes, one of which was the Transport Institute. Initially there were only four institutes,” explains Van Arem. “Things began to develop from there. At first, we focused a lot of our energy on dividing up the themes, bringing people together and asking ourselves: What exactly do we want to do? On which themes do we need to push forward, what tools should we use, which areas do we or don't we want the Transport Institute to be involved in?” Eventually, this process resulted in (the current) seven research themes and an institute that mainly revolves around communication. “External visibility and recognition are the aims of the Transport Institute, in particular with regard to major topics,” explains Arem. “The Transport Institute represents multiple faculties. When the Executive Board, for example, has a question relating to transport, the Dutch Science Agenda (Nationale Wetenschapsagenda), the government's designated top sectors or issues of that kind, they come to the Transport Institute and, where necessary, we also discuss it with the faculties."

The Transport Institute focuses on the visibility and recognition of transport research at TU Delft and plays a leading role in the major topics for the outside world.

What has been achieved?

Since it was founded in 2012, there have been numerous developments, both within and outside the themes. “New subjects have been added and a number of themes have become what you might call more traditional themes. These are the major themes, such themes as traffic management, policy analysis, automated driving and active modes. Those are the themes that people will know about, that's what they're doing at TU Delft. There are also several emerging themes that are in the process of developing. I see it as the Transport Institute’s role to help pursue them further.” As an example, Van Arem cites the theme of Rail Systems. “It's becoming really big now. Compared to around six or seven years ago, when it was only a minor theme at TU Delft, today it's being pursued with vigour. With the recent appointments of Rob Goverde and Zili Li, we now have three professors in the field of rail transport. There have also been all kinds of additions to the academic staff, a MOOC has been running and a rail annotation has been added for the Master's degree programmes. It's fantastic! This means the main value of the Transport Institute lies in organising links with external parties, such as ProRail and NS (Dutch Railways)”.

There has also been progress in the field of empirical research since the Transport Institute was established. By way of example, Van Arem refers to the Researchlab Automated Driving Delft (RADD) and the Urban Mobility Observatory (UMO) project, in which a dense sensor network is rolled out in a city in order to collect mobility data. “That kind of empirical research, involving observations in practice, serves as a kind of trademark for much of the research we do,” explains Van Arem. “Although we’re working on theories and models, we always aim to link them to (and preferably let them be inspired by) data from the world of practice. For a university of technology, I believe that this is particularly important because it brings you extremely close to the ultimate problem.”

All in all, it’s possible to conclude that transport research at TU Delft is growing and thriving. Various research labs, such as the RADD, DiTTlab and the recently-launched Smart Public Transport lab, have been set up, new subjects, such as traffic safety and automated inland shipping, are being explored and more and more faculties are participating in transport-related research. The fact that transport research at TU Delft is booming was also confirmed in 2017, in the Transportation Science & Technology domain of the Shanghai Ranking. In that year, TU Delft ranked number 1, an achievement of which Van Arem is justly proud: “Our Shanghai number 1 ranking was pretty cool, yes. We’re currently back at number 3, by the way, but that’s still amazing. The Chinese universities have so many people that they will always surpass us in terms of sheer publication numbers. That’s hardly surprising, but it's of course great for a Dutch university to count among the best. I also have a feeling that we’re only at the start, taking the very first steps. In that sense, there’s still a lot of progress we can make.” 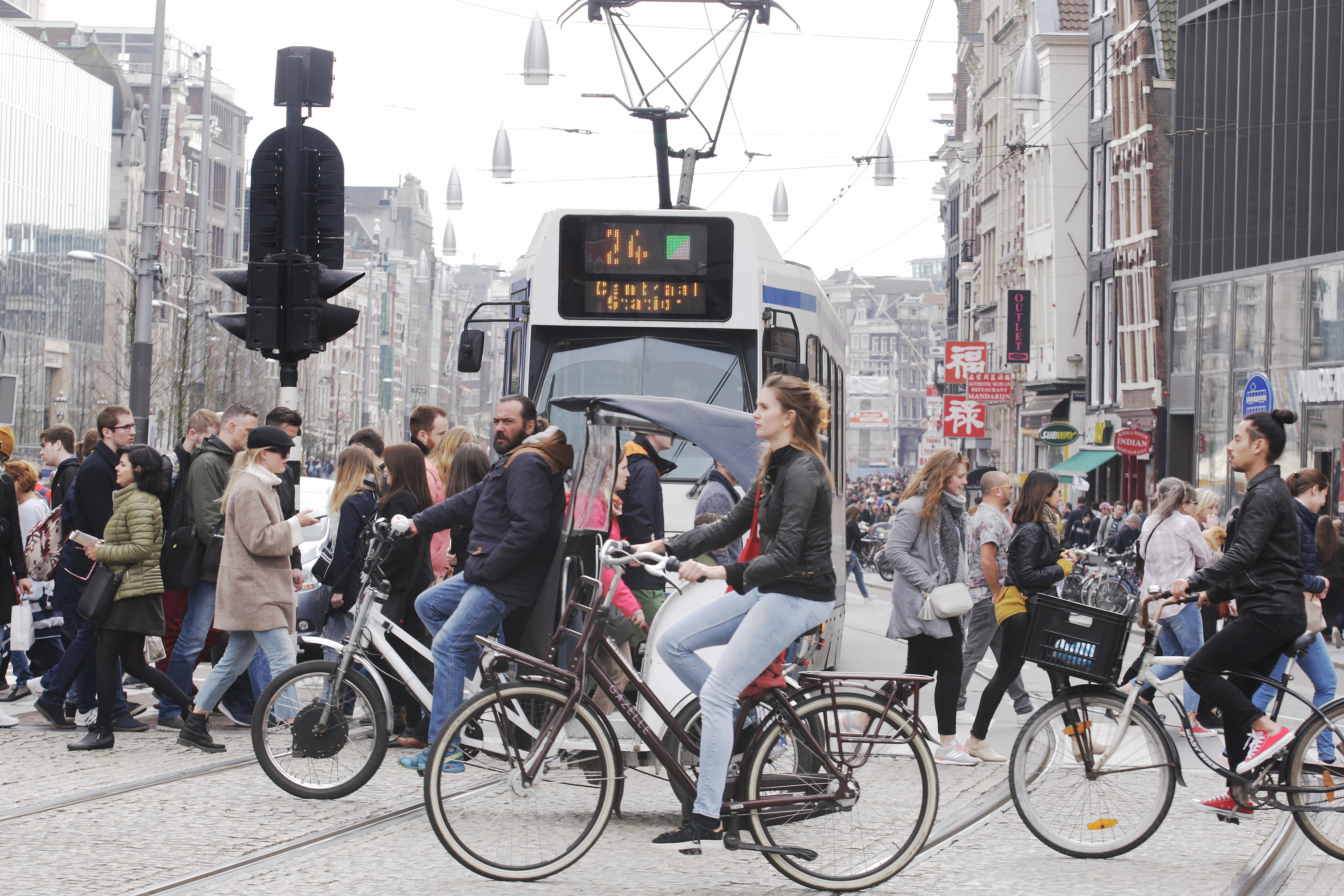 Plans for the future

This attitude is also reflected in the way in which Van Arem envisages the future of transport research and the Transport Institute itself. Looking back, he concludes that the institute has certainly lived up to expectations, but “it’s now also time for new impulses”. First and foremost, Van Arem proposes taking a fresh look at the seven themes. Rethinking the themes could offer more room for new developments. “For example, what will we do with the theme of urban mobility and its extension towards the Faculty of Architecture and the Built Environment (A+ BE)? That’s an important question. Mobility concepts are increasingly being used in combination and suddenly all kinds of cities are in a hurry to exclude certain types of transport from the cityscape. New neighbourhoods are being developed with a parking standard of a single car for five households. Or apartment blocks with one service car in the garage for communal use. Urban mobility as a whole is changing fast. A+ BE will definitely have a role to play in this, because it leads to all different kinds of planning variants. There’s a clear trend to be seen – for example, A+BE is also setting up a graduation studio focused on automated driving.

Alongside changes to the themes, Van Arem also sees opportunities for the Transport Institute to initiate more discussion, both within TU Delft and with people outside it. This could relate to such subjects as the ethics and values of transport research, issues that are becoming increasingly relevant, including in projects relating to automated driving or the fairness of transport systems, explains Van Arem. “Questions like: Is our research really more value-driven and do we feel that we are on the right track? Or should scholarship actually be value-free? Although it may seem rather soft, you can make it really tangible for everyone. I’m sure that people are genuinely interested because these are issues that affect us all.”

This ethical aspect should also be reflected in the way in which the Transport Institute engages with the outside world, continues Van Arem. One of his most cherished projects is the Transport Development Initiative. “Four students came along and said: We want to put the knowledge we’re acquiring and the networks were developing to good use for the countries where we come from and that need them. They’re now in the process of developing this initiative. It still needs to take shape, but is something that the Transport Institute would be very eager to support.” Van Arem explains: “I see it as a case of noblesse oblige. We have the luxury to be able to conduct our scientific research in this environment. Just look how well organised transport is in the Netherlands. We may moan about it, but if you compare it to other countries, there are only a few that can compete. It’s something we can be proud of and should simply continue to develop. At the same time, you need to consider this: Can we make this knowledge more widely available to people in a social way in order to help them to develop transport? That is definitely a path we should pursue in the future.”

So there is plenty in the pipeline, and with good reason, because: “We are facing some enormous challenges with the mobility system,” stresses Van Arem. “We have hugely diverging patterns of activity; people’s movement patterns are incredibly diverse. It’s a really exciting field, with all the things we are now measuring, because there’s also a debate about what data can or cannot be stored. That whole data issue is being played out in the background. How people will behave in this mobility system and whether it's possible to make any predictions about this is all incredibly interesting. It has also become clear that you will actually need to adopt a comprehensive approach to face the issue of dealing with disruptions in your system, which could also be decisive in terms of whether you can keep a system running. This means that resilience will also be a theme of the future. At the same time, the value-driven factor is also very important, as is dealing with the environment and safety. In a nutshell, there’s still a lot to do.” 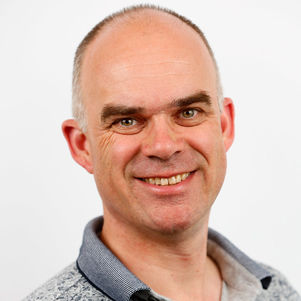 Although we’re working on theories and models, we always aim to link them to (and preferably let them be inspired by) data from the world of practice.