Skull 21's lighting design has been shortlisted, alongside 27 other projects, for the 2020 [d]arc award Art: Low Budget category. Using a variety of lighting technologies, the exhibit takes visitors on a journey through the life and times of Skull 21. 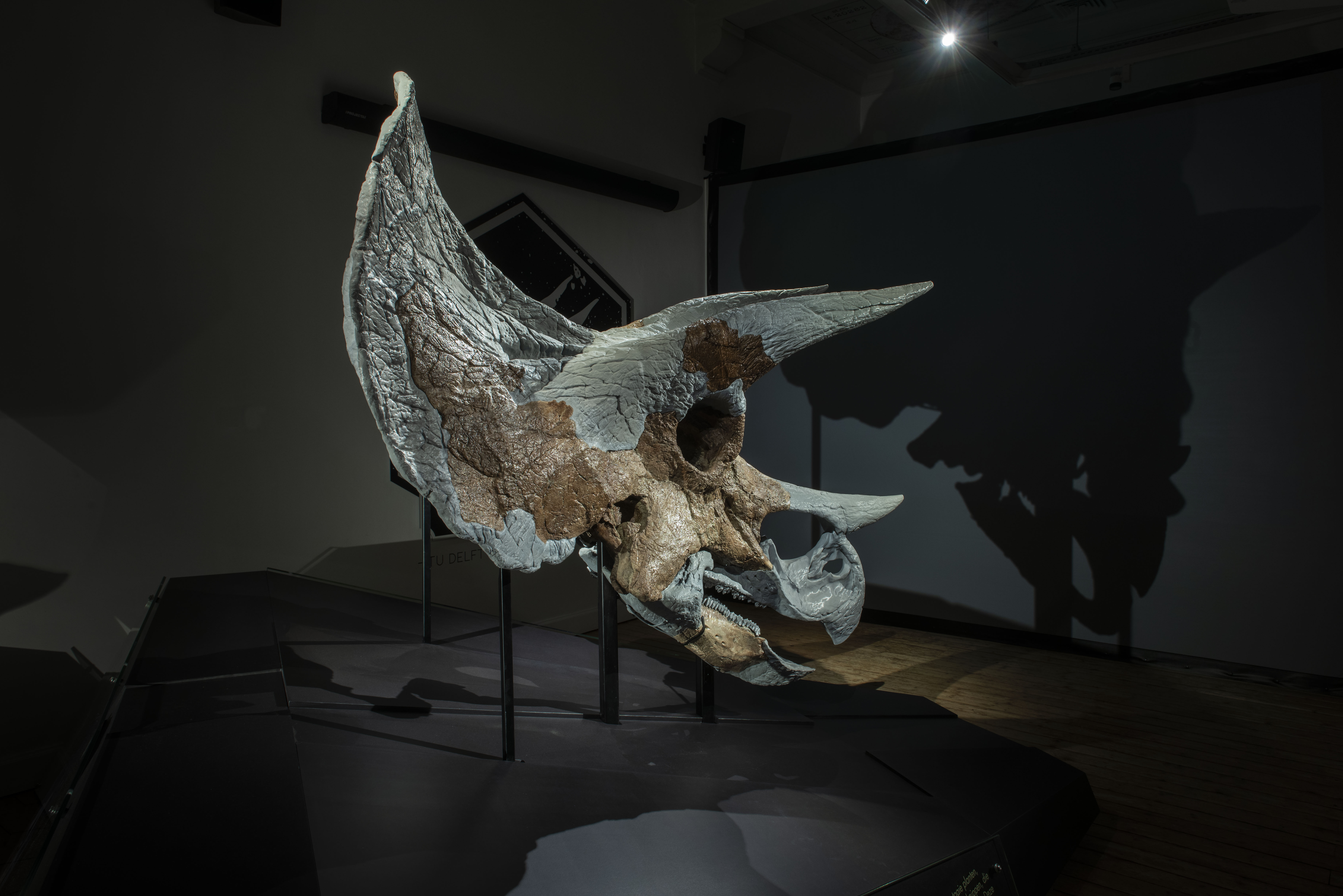 First unearthed in Wyoming (USA) in 1891, Skull 21 arrived completely destroyed in the Netherlands in 1956. It was then painstakingly reassembled in the 1950s, only to be torn apart in order to fix mistakes in its original reconstruction. It was put back together again using advanced 3D scanning, modelling, and printing methods.

Skull 21 has quite a story to tell. Determined to captivate audiences with Skull 21’s story, IDE’s Professor of Perceptual Intelligence Sylvia Pont; researcher, Cehao Yu and lighting designer and PhD candidate at the faculty, Charl Smit, got to work, together with IDE lighting design students Girish Malage and Xinyu Huang.

The students involved in this project first participated in the Master’s elective in Lighting Design before working on the design as student assistants appointed by Science Centre Delft.

The exhibit takes visitors on a visually stimulating journey, teaching them about the fossil’s background as well as the reconstructive technologies that helped recreate it. To distinguish Skull 21 from similar exhibits in other museums, the team that reconstructed the skull decided not to retouch any of the 3D-printed parts. As a result, you can see exactly which parts are bone and which parts are plastic.

Knowing this, you might be surprised to see that when lit-up, the exhibit appears to be a completely flawless triceratops skull. Thanks to the lighting design team’s techniques, try as you might, you are unable to decipher which parts are real and which parts are 3D printed. 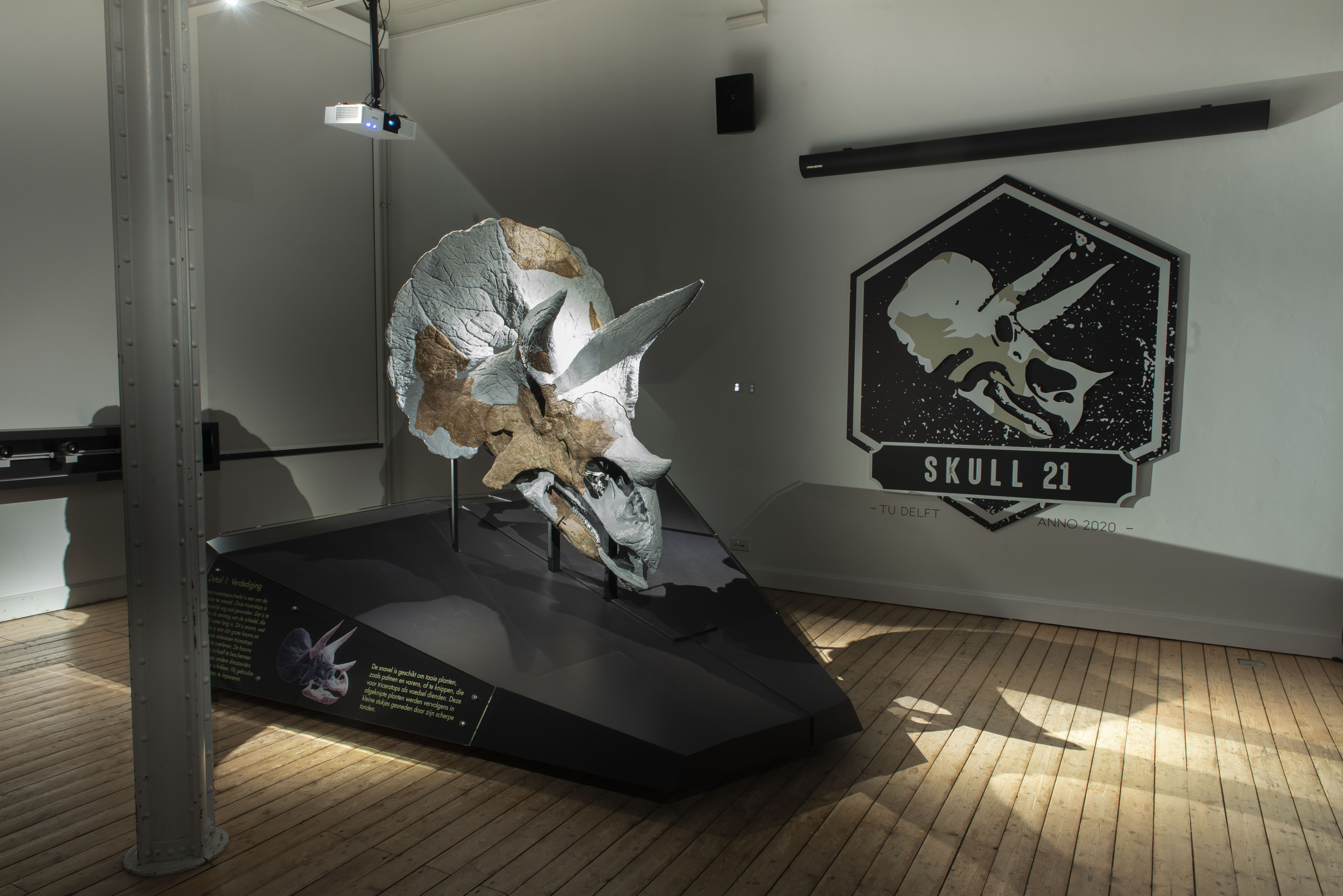 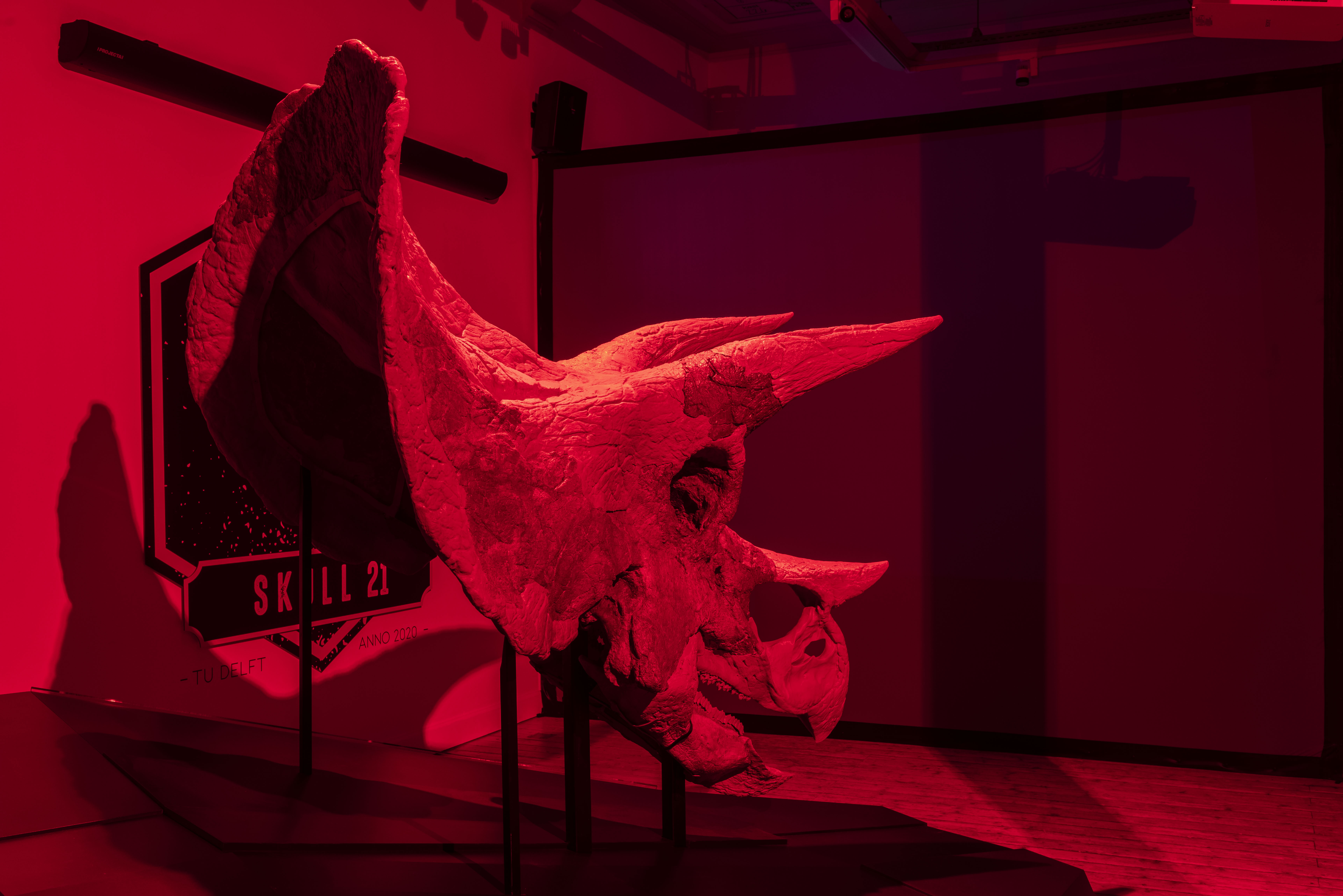 Using spectrophotometry, mathematical modelling and spectrally tunable LEDs, Sylvia and partners of the EU ITN DyViTo team were able to design LED spotlights that made the bone-print-differences invisible. And while dimming and colour temperature adjustments are common in lighting designs, this kind of application demonstrates a whole new world of possibilities.

"These techniques have not been used in a museum before, and certainly not in palaeontology and archaeology," says lighting designer Charl Smit.

In fact, it’s only when the spotlights fade and turn to white light that visitors get to see the fossil in its true form - 3D printed fragments and all.

This light trick is known as spectral tuning, which is the subtle tuning of LED spectra to the colour of the material, amplifying or eliminating colour differences. It’s long been used in supermarkets to make tomatoes look redder and fish look fresher, but the use of it to eliminate colour differences and its application in museums is, as far as the Skull 21 lighting design team knows, a first.

The exhibit expands on Skull 21’s story with explanations of 3D scanning, modelling and printing supported by stroboscopic, laser and video projections on the skull and various screens.

The [d]arc awards include “any type of art installation where the main medium of expression is light.” For the Art: Low Budget category, the “total value of the luminaries must be less than £30,000 in value.” The winners of the 2020 [d]arc awards will be announced on Thursday 29th April… So fingers crossed and good luck!

To find out more about the skull’s incredible history and an in-depth look at how they used 3D techniques to revitalized it, read Jos Wassink’s Delta article ‘Dinosaur skull rises from a 3D point cloud’. 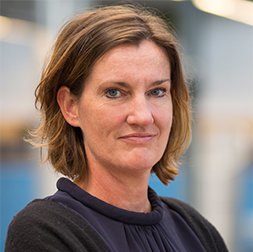 This work was supported by the Marie Skłodowska-Curie Action – Innovative Training Network (MSCA-ITN-ETN) DyViTo: “Dynamics in Vision and Touch – the look and feel of stuff” under the European Union’s Horizon 2020 research and innovation programme [grant number 765121, 2017]