Tribology is the field of research within the mechanical engineering and material sciences disciplines that deals with the mechanical interaction of surfaces in contact moving relatively with respect to each other. Wear and friction are the natural result. In order to modify this behaviour the surfaces can be modified using geometric texturing, or by adding surface layers, or performing a specific surface treatment, or by adding an intermediate solid or fluid (liquid or gas). The latter is the lubricant, that improves the friction and wear characteristics of this contact. Generally ’improves’ stands for ’reduces’, however sometimes an increase in friction or even wear is the desired goal.

Tribology is an important aspect in all machines that contain moving parts. And as such it is an important aspect and core discipline for mechanical engineering as a whole. Machine components where the main challenges are specifically the result of moving mechanical contacts, such as bearings, seals, gears, drive belts and chains, cam and cam-followers but also fasteners such as bolts and screws are considered to be tribological components, studied, developed and designed by a tribology expert.

A particular sub-discipline in the field of tribology is so-called thin film tribology. Here the goal is to prevent mechanical contact by the use of a lubricant (fluid or gas) film between both surfaces separating them even under high load and sliding velocity. Although the fluid flow in this thin film between the surfaces obeys the standard flow laws as studied in computational fluid dynamics (Navier-Stokes, continuity and energy equations), it can usually also be described by the Reynolds’ equation. This is a strongly reduced and combined form of the continuity and Navier-Stokes equations, resulting in a much more efficient calculation process. Publications on thin film lubrication research can usually be recognized by the appearance of the Reynolds’ equation, in one form or another.

A new and growing research area in tribology focuses on so-called ’smart’ tribological components, which are bearings, seals, etc., that are enhanced with sensors to transmit a relevant measured signal (e.g. wear or temperature) to a control unit, and/or actuators to perform a certain action in response to a signal of that control unit. This emerging research area is sometimes referred to as tribotronics.

Tribotronics is a strongly inter-disciplinary field of research, and as such it may not be surprising that as a result of its strong specialization in various fields such as computational mechanics, optimization, physics, metrology, and control, within our department tribology research is predominantly tribotronics research.

Our tribotronics research can be categorized in three sub-groups:• Contact-less handling of thin, fragile substrates• Compliant bearing concepts and design• Active lubricants in bearings and seals

Thin, fragile products such as silicon wafers and glass sheets for LCD-displays are easily broken or damaged during transport and manipulation. Every mechanical contact with the product introduces another risk for contamination, damage or even breakage.

So, the more or less natural and certainly challenging question from industry was:
Is it possible to handle, transport and accurately position these types of substrates without any mechanical contact? 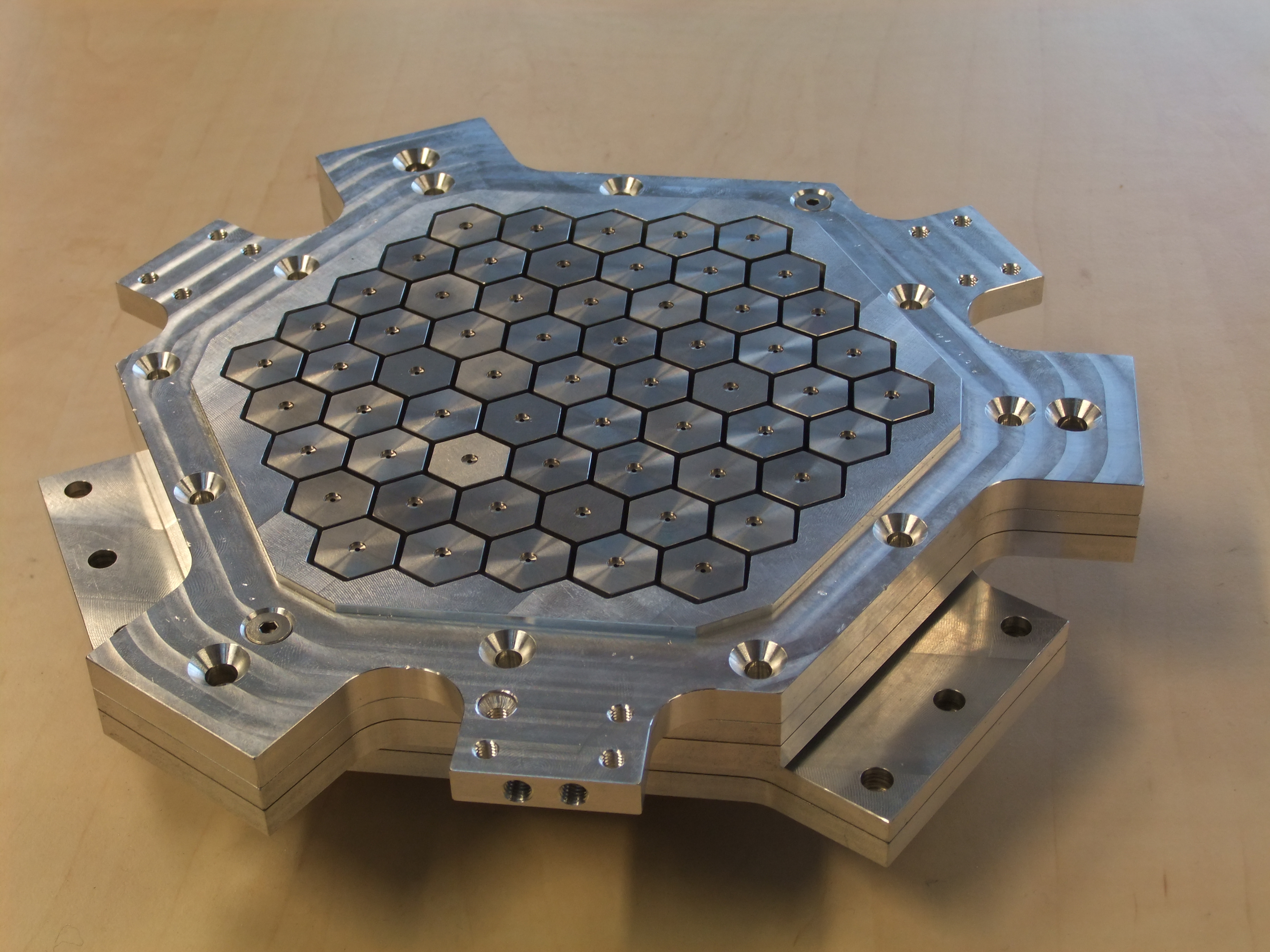