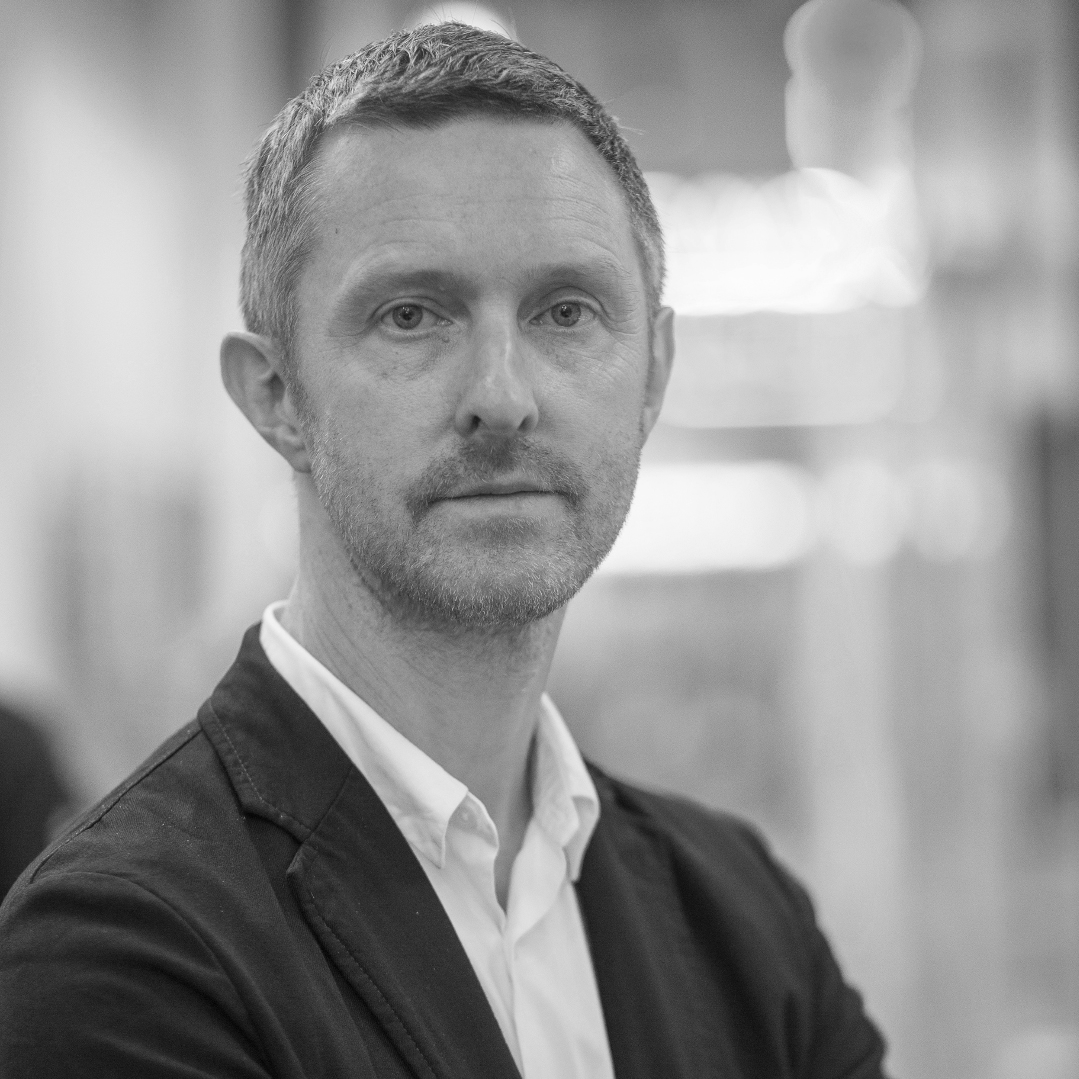 Daniel Rosbottom is Professor of Interiors Buildings Cities since 2015, alongside is role as Director of DRDH, the architecture practice he founded with his partner David Howarth and which has studios in London and Antwerp. Best known for their acclaimed and multi-award winning ensemble of City Library, Theatre and Concert Hall for the North Norwegian city of Bodø, completed in 2015, DRDH have developed a specialism in the design of complex public buildings, particular those related to performance, alongside their more general interest in the architecture of the city. Current work includes the comprehensive renewal of the Bourla Theatre, a Belgian National monument in Antwerp and the transformation and extension of the Ghent Opera, home to the Flemish National Ballet and Opera Company and nearby their recently completed Concert Hall, set within the former infirmary of Ghent’s 13th Century Bijloke Abbey. Formerly the Head of the School of Architecture and Landscape at Kingston University in London, Daniel has combined and intertwined academia and practice throughout his career and has a passion for education. He writes on art and architecture and is widely published. 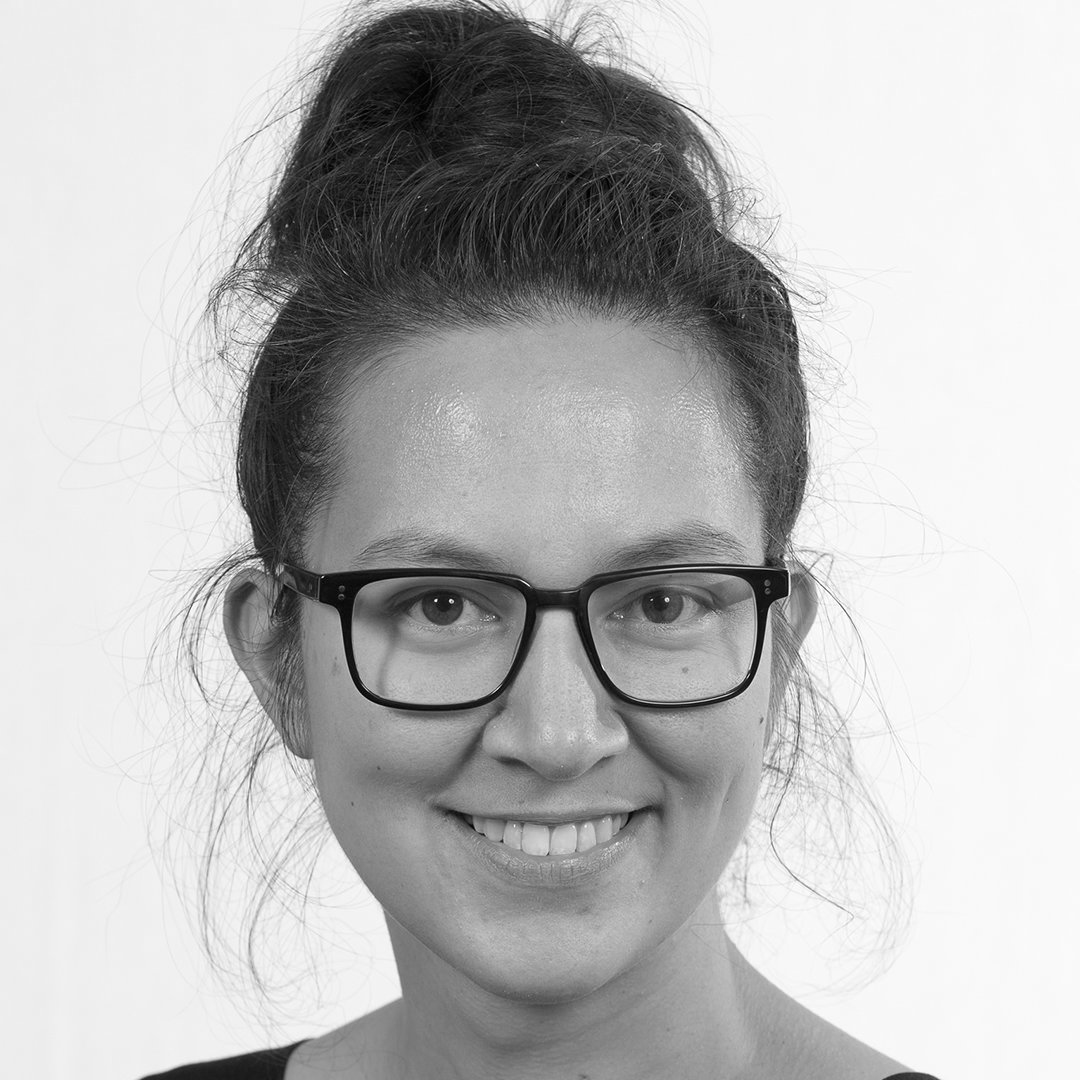 Sereh Mandias studied Architecture at the TU Delft and Philosophy at the Erasmus University Rotterdam. In her work she oscillates between theory and praxis, with a specific interest in the creation of the contemporary city and its architecture. She works as an independent writer and researcher, is an editor for platform for city culture De Dépendance and teaches and coordinates at the Chair of Interiors Buildings Cities. 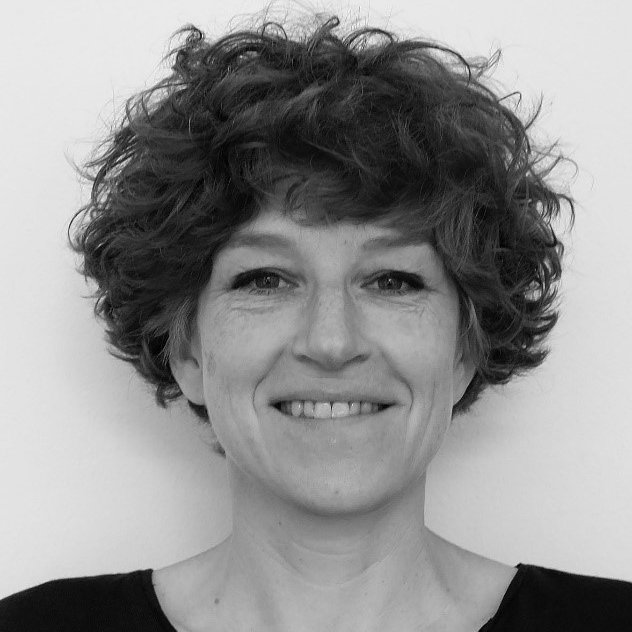 Susanne Pietsch is an architect and interior architect based in Rotterdam. Her interests are in architecture as a social practice, and craft as an aspect of building. Her projects—and whenever possible, their making—emerges in close collaboration with her co-designers and users. Besides her practice, she conducts research and teaches at TU Delft in the group of Interiors Buildings Cities. 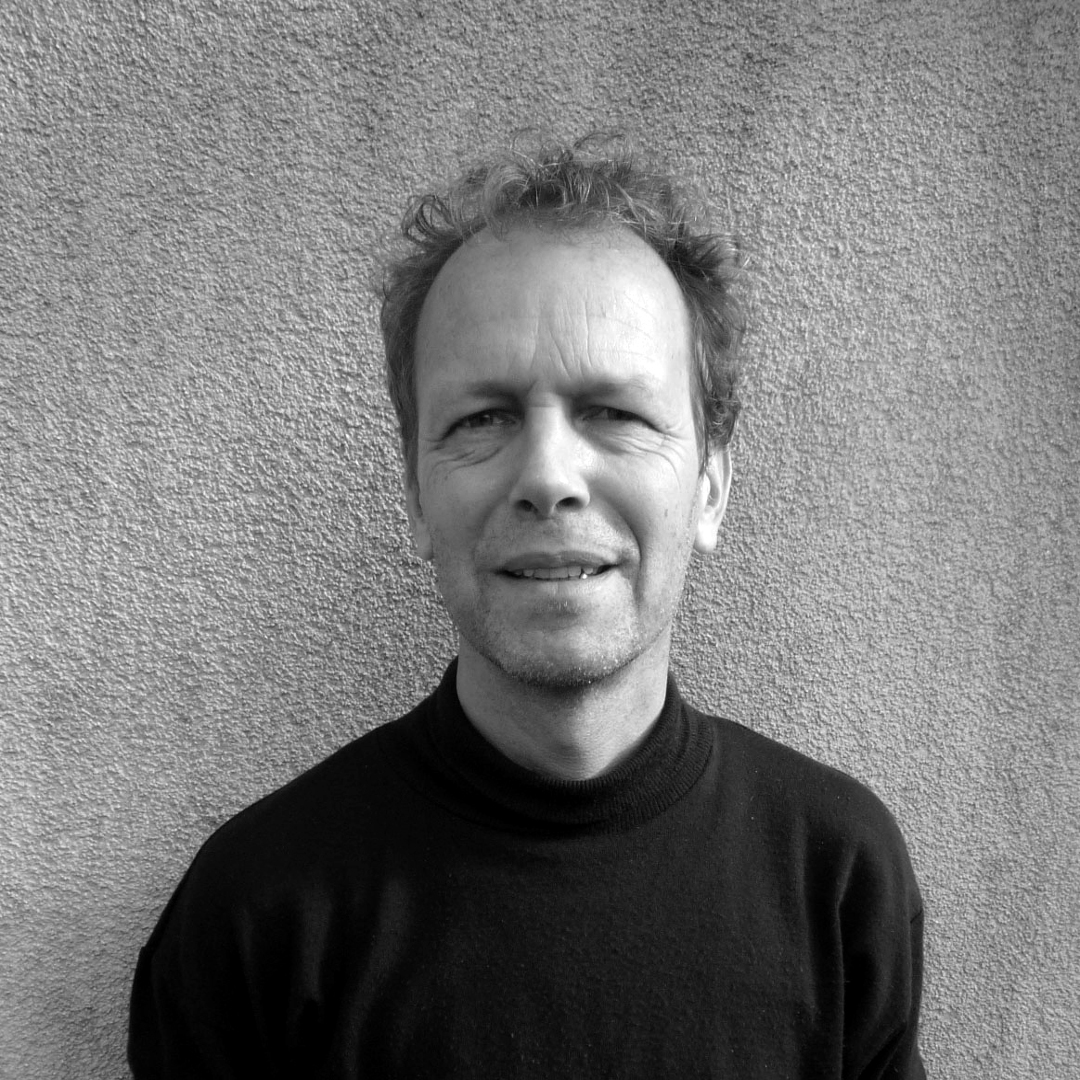 Jurjen Zeinstra (1961) studied at the Faculty of Architecture TU Delft. Together with Mikel van Gelderen he founded Zeinstra van Gelderen architecten. In cooperation with Ira Koers they realized projects like the Tumble House (1998) and housing in Almere (2000) and IJburg (2006) and with Mark Pimlott restaurant Puck Pip in Den Haag (2007). Jurjen Zeinstra works as an acting associate professor of Architectural Design / Interiors TU Delft and has been an editor of both OASE and Forum and lectured at different Academies of Architecture. 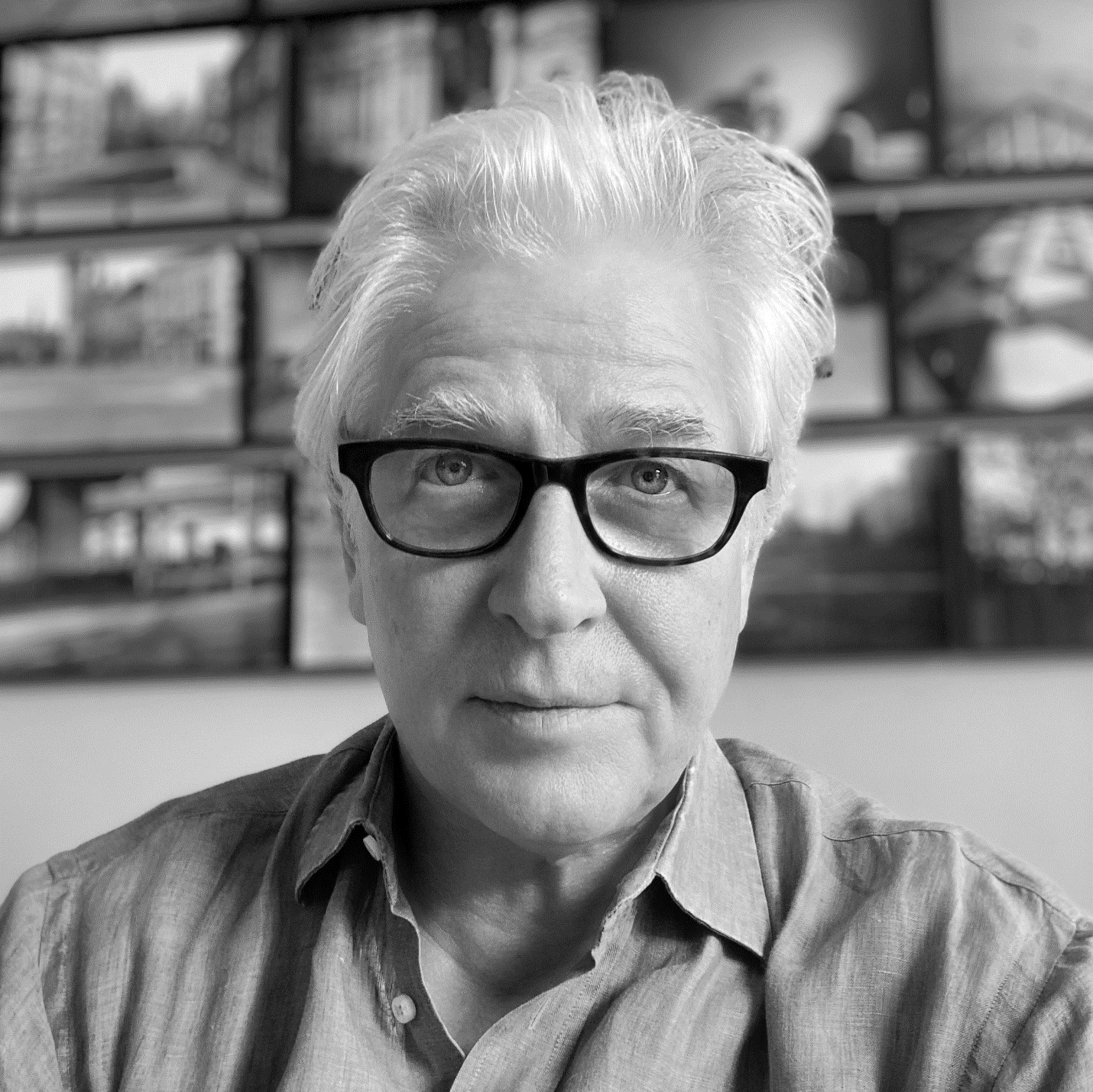 Mark Pimlott is assistant professor of architectural design and lectures in Interiors Buildings Cities, and joined the department of architecture as visiting professor of practice in 2002. In parallel with his teaching, he writes and conducts research, largely on the public interior, and is a member of the Situated Architecture research group. He is the author of Without and within: essays on territory and the interior (Rotterdam: episode publishers, 2007); In passing (Heijningen: Jap Sam Books, 2010), and The Public Interior as Idea and Project (Heijningen: Jap Sam Books, 2016). He is currently writing a dissertation on the 1960s core of Montréal’s ‘ville intérieure’.

Mark Pimlott has maintained a practice as an artist and designer since 1986. He is known for his photographs, installations, and works of art for public places, among them La scala, Aberystwyth (2003) and World, London (2013), as well as domestic and commercial interiors. He trained as an architect at McGill University, Montréal and the Architectural Association, London; and as a visual artist at Goldsmiths’ College, University of London. 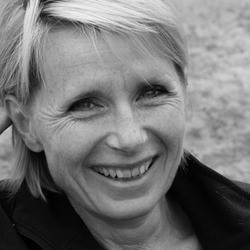 Leontine de Wit (1962) is an architect, interior designer and Assistant Professor of Architectural Design /Interiors at Delft University of Technology.
After graduating in 1987 at the faculty of Architecture TU Delft she founded together with Ernst-Jan Hoek her own office Hoek & de Wit Architecten in Delft. Since 1988 she works as a design teacher at the department of Interior and is currently researching the interdisciplinary relations between interior design and industrial design. In 1998 she published a book on School-housing Flexible Designs and in 2007 a book on retail: Boutiques and Other Retail Spaces. 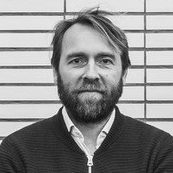 Dirk Somers (°1976) studied architecture in Antwerp and Milan and graduated in Urban and Environmental Planning at KULeuven. In 1999 he was awarded the Young Flemish Designer Medal. Dirk Somers in founder and manager of Antwerp-based Bovenbouw Architectuur. Work of the office has been exhibited around the globe, from Munich to Sao Paulo, from London to Montreal. In 2019 Bovenbouw held its first solo exhibition in Antwerp and published its first monography: Living the Exotic Everyday. In 2021 he was curator of the Belgian entry at the Venice Architecture Biennale. Since 2003 Dirk Somers teaches architectural design at Delft University of Technology and since September 2011 he is design professor at Ghent University. 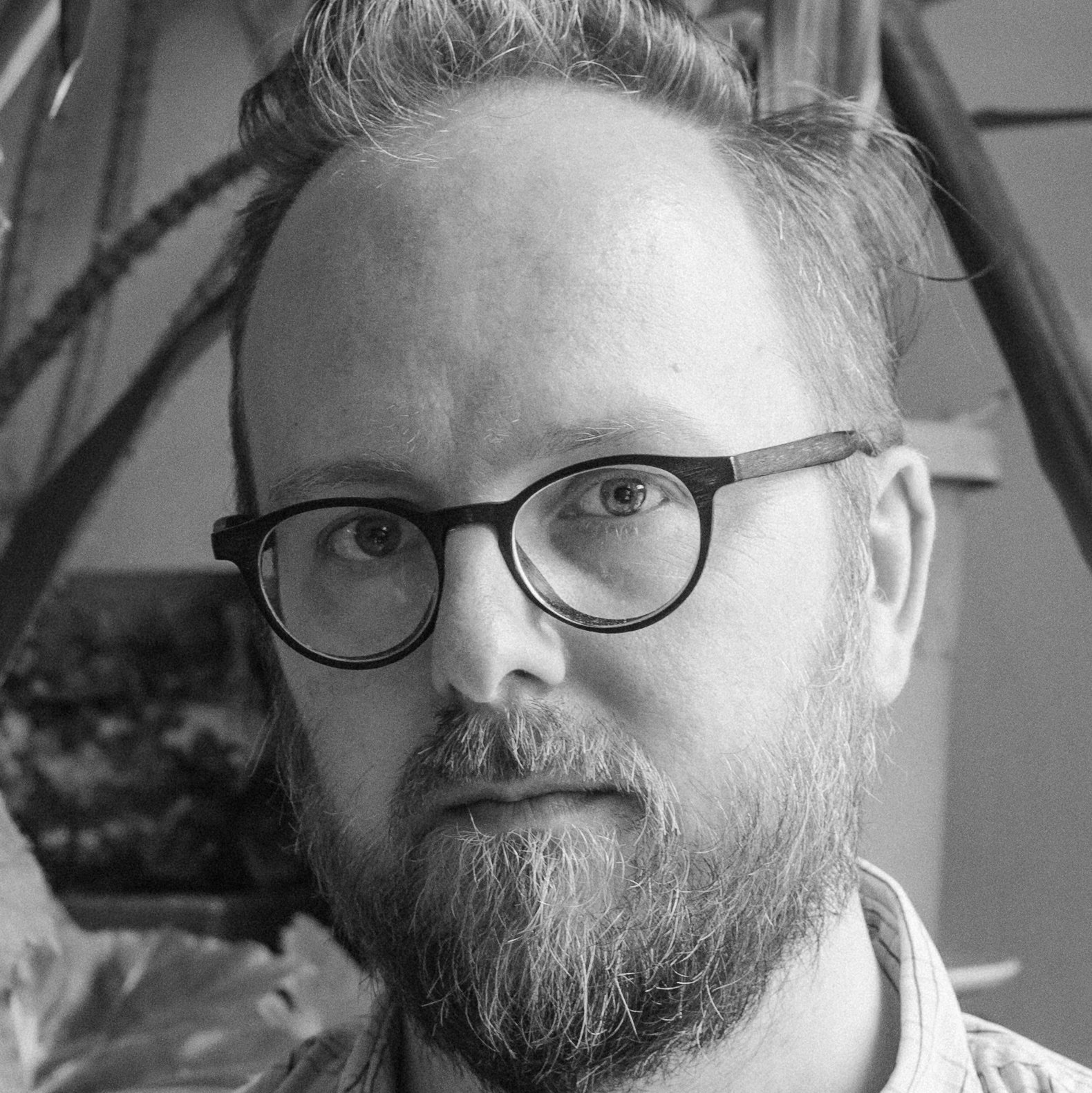 Since 2006, he has been actively involved in the realisation and representation of various architectural projects at Marie-José Van Hee architecten. In 2008, he founded samenwerk, a cooperative platform that supports and inspires involved parties to create inclusive habitats. De Vocht has taught at KU Leuven, Rotterdam Academy, and since 2016 at the Technical University of Delft in the Department of Architecture, where he holds a position at the Chair of Interiors Buildings Cities as lecturer and tutor in the master studios. He is a regularly invited guest critic at various universities in the UK, the Netherlands and Belgium. 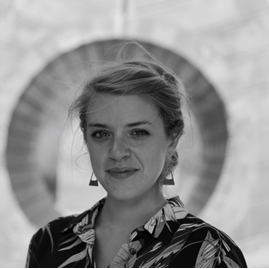 Dr. Amy Thomas is an Assistant Professor of architectural history. Her teaching and research centres on the relationship between political economy and the built environment with a particular interest on the architecture of work and organisations. Her forthcoming book with MIT Press focuses on the post-war development of the City of London (London’s financial district). In 2020 she was awarded a Veni grant from the Dutch Research Council (NWO) for a three-year project entitled Her Office: a historical analysis of the role of gender in the design of corporate buildings and interiors, 1950-present, which traces the connections between workplace inequality and design. Amy is an advocate for equality, diversity and inclusion in architectural education. She was on the management team of Delft Design for Values Institute 2018-2020, and is currently co-editing a book on the theme of values and pedagogy.

Amy has a PhD in the History of Architecture from the Bartlett School of Architecture, University College London (UCL). She held the position of Harper-Schmidt Postdoctoral Fellow in the Department of Art History at the University of Chicago 2015-2017. 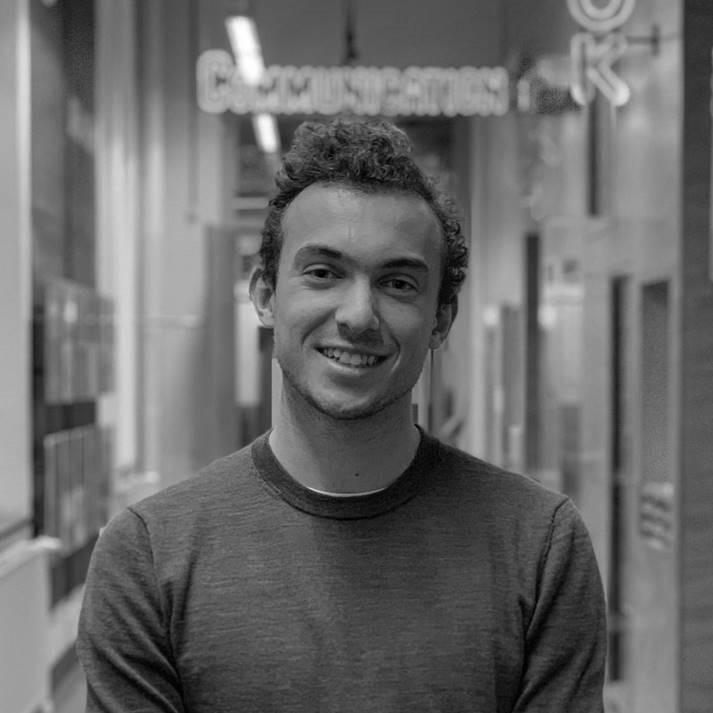 Renzo Westerbeek is currently pursuing a Master's degree in Architecture at the Faculty of Architecture & the Built Environment at Delft University of Technology. After following the Minor Spaces of Display, organised by Interiors Buildings Cities, he became a Student Assistant for the chair. As a student assistant he is supporting the Professor, Assistant Professors and teachers of the chair with their work that has to be done for the educational programme that it offers.