“The essence in making a choice is found in the source from which the choice is made. Making choices as an architect means developing a vision and making decisions based on that vision, understanding and taking responsibility for the entire design with all its implications.” (Kaan, inaugural speech)

Kees Kaan is professor of Complex Projects at the Faculty of Architecture and the Built Environment. Not a certain architectural building type, program, scale or theme but, ‘The PROJECT’ is at the core of all research and studio work, taking the contemporary city and region as point of departure. The emphasis in studios and seminars is put on critical thinking and on constructing a narrative for practice.

Cities whether in rapid development (BRIC), in a state of slow transformation (Europe) or in simultaneous decline and growth (USA) are increasingly transformed by strategic interventions rather than stable long-term master plans. Those interventions result in complex developments where multiple public and private interests must be investigated and negotiated simultaneously. Therefore the new approach challenges the strict distinction between architecture, urbanism, planning and their traditional, perhaps linear roles, in order to develop analytical and critical thinking skills next to the traditional design ones and allow future architects to successfully engage those multiple demands.

“The field covered by architecture seems to be without boundaries…. An architect practices according to his personal values but within the framework of the commissions and the societal context that is a direct reflection of the economical and political culture.” (Kaan in Domus 983, september 2014)

Kees Kaan is founder of KAAN Architecten international office in Rotterdam and beforehand he was co-founder and leader of Claus en Kaan Architecten (1987-2013). Masterpieces are the Supreme Court of the Netherlands in The Hague, the Institut des Sciences Moléculaire d’Orsay in Paris, the Royal Museum of Fine Arts in Antwerp, the Netherlands Forensic Institute in The Hague, the Dutch Embassy in Mozambique and the Crematorium Heimolen, among others. His projects have been internationally awarded, such as Education Center Erasmus MC, shortlisted for the Mies van der Rohe Award 2015 and District Water Board Brabantse Delta recognized with a Rotthier Award.

"The essence in making a choice is found in the source from which the choice is made." 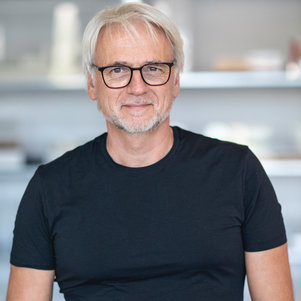