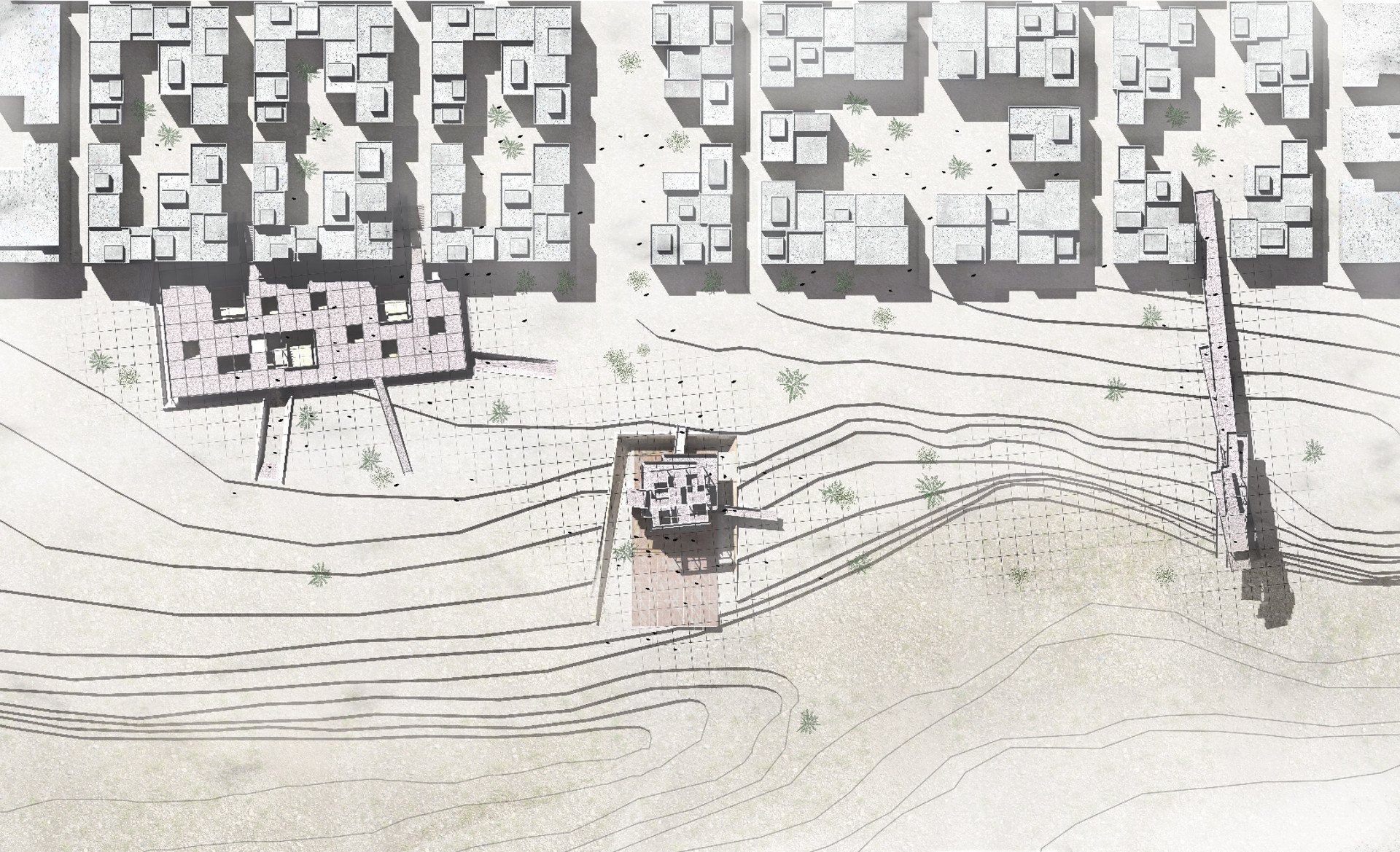 The city of Agadir is marked by wide urban fractures, making the city an archipelago of independent parts. Rather than proposing an intervention of urban sewing, the project acknowledges the presence of the terrains vagues and advances a shift in the perception of the emptiness in Agadir, aiming to turn it from undesired space into a resource of public space for its future expansion.

The project consists of three open ended structures, that punctuate and articulate the vast urban void of the Oued Lahwar, opening up its use to the interpretation of the Gadiri inhabitants.

Each intervention corresponds to an act of discontinuity toward the territory: Unification, Invasion, Displacement. The three acts are then translated into three geometrical forms embodying the nature of each act: Surface, Point, Line. The dichotomy act/form, rather than the program, defines the essence of the three spaces, that are readable as different inflections of a unique compositive principle, and consequently as independent parts of a greater whole.