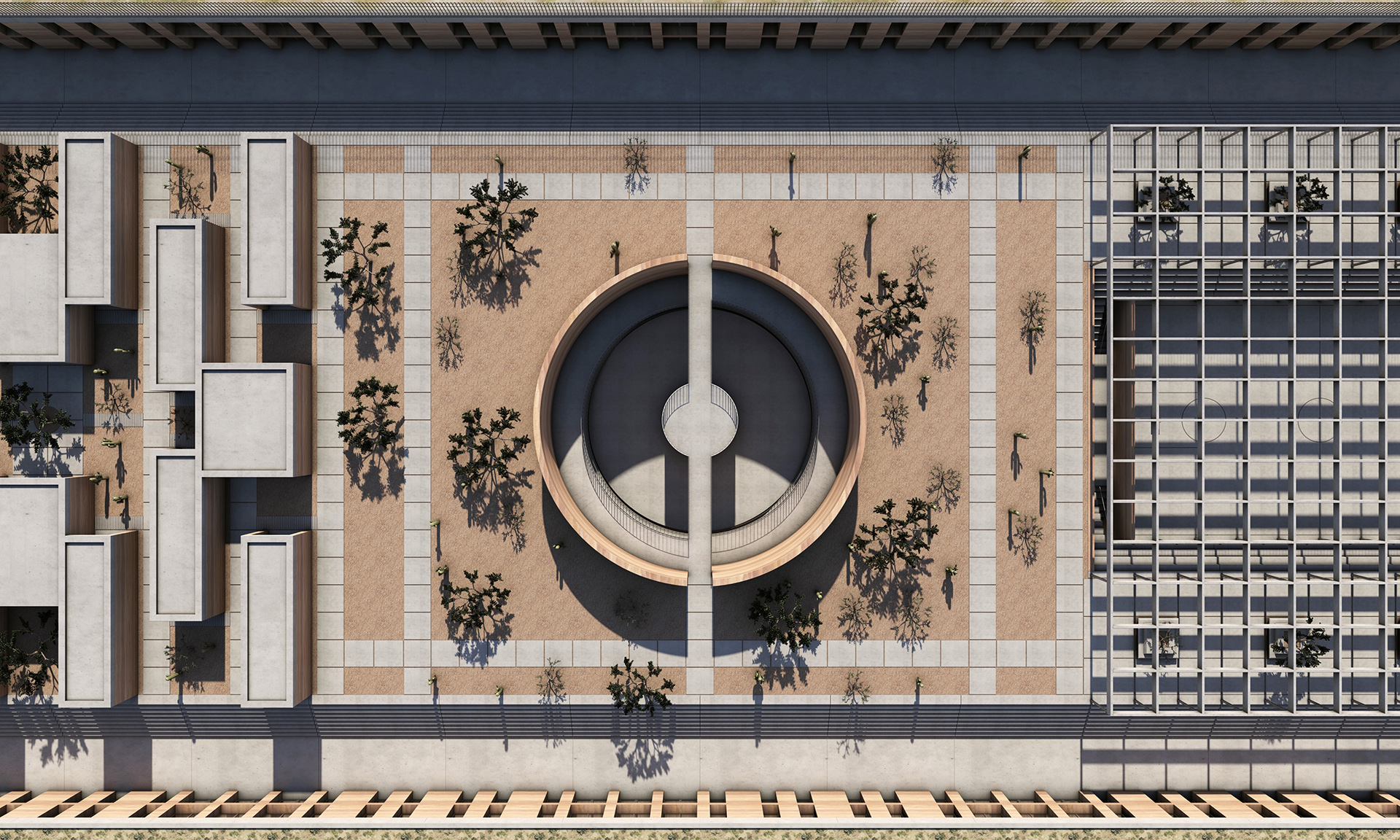 Image: "The degree of civilization in a society can be judged by entering its prisons.” Fyodor Dostoyevsky

The border region of the U.S.A. and Mexico is place to some of the most dysfunctional prisons in the world. This border has been the epicentre of drugs smuggle and violence since the beginning of the 20th century, the two major reasons for imprisonment in both countries. The U.S. prison system struggles with racial inequality and extortion of prisoners for labour. It is therefore referred to as the ‘reinvention of slavery’. Mexican prisons are corrupt and violent, hundreds of prisoners die in riots each year. Neither country aims to rehabilitate prisoners before they re-enter society and therewith sustains a downward spiral of violence and abuse. It is highly unlikely this situation will improve under ‘law and order’ president Trump.

This project addresses these urgent issues and furthermore envisions a humane, rehabilitating prison environment. The border is used to unite the countries rather than separating them, by situating the prison on the border in the twin city of El Paso and Juaréz. It accommodates Mexicans and Americans that are in prison for a border related offence: Border Prisoners.