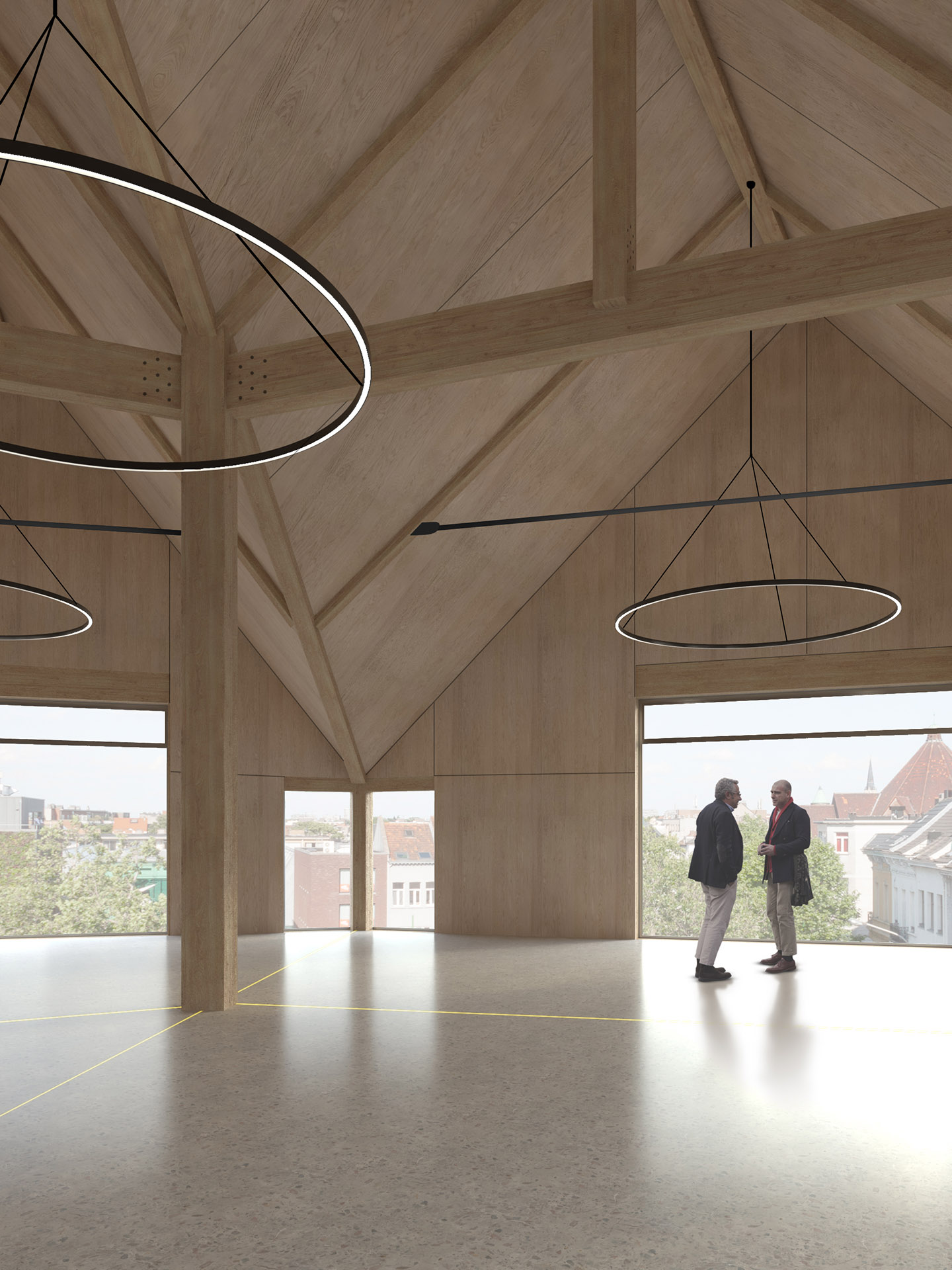 Town halls, public buildings by nature, have seen their civic functions erode, leaving carcasses that only stand for performance. Governments often reduce themselves to their mere administrative tasks, something reflected in the faceless office buildings they inhabit – structures without gravity in the urban fabric, due to their lack of ‘civic’ness and outreach. By proposing a Stadsloket (district hall) that goes beyond its administrative tasks, this project researches architectural devices that enable a building to participate in the life of the city. The passage on the ground floor softens the edge between governance and population, also filling the plinth and square with life. A Burgerzaal (citizen’s room) is a public interior conceived under the expressive structure of the roof, enabling the building to host the cultural output of the neighbourhood – and by analogy linking it to the experience of the city. It is a building in which you can be in public or be the public.