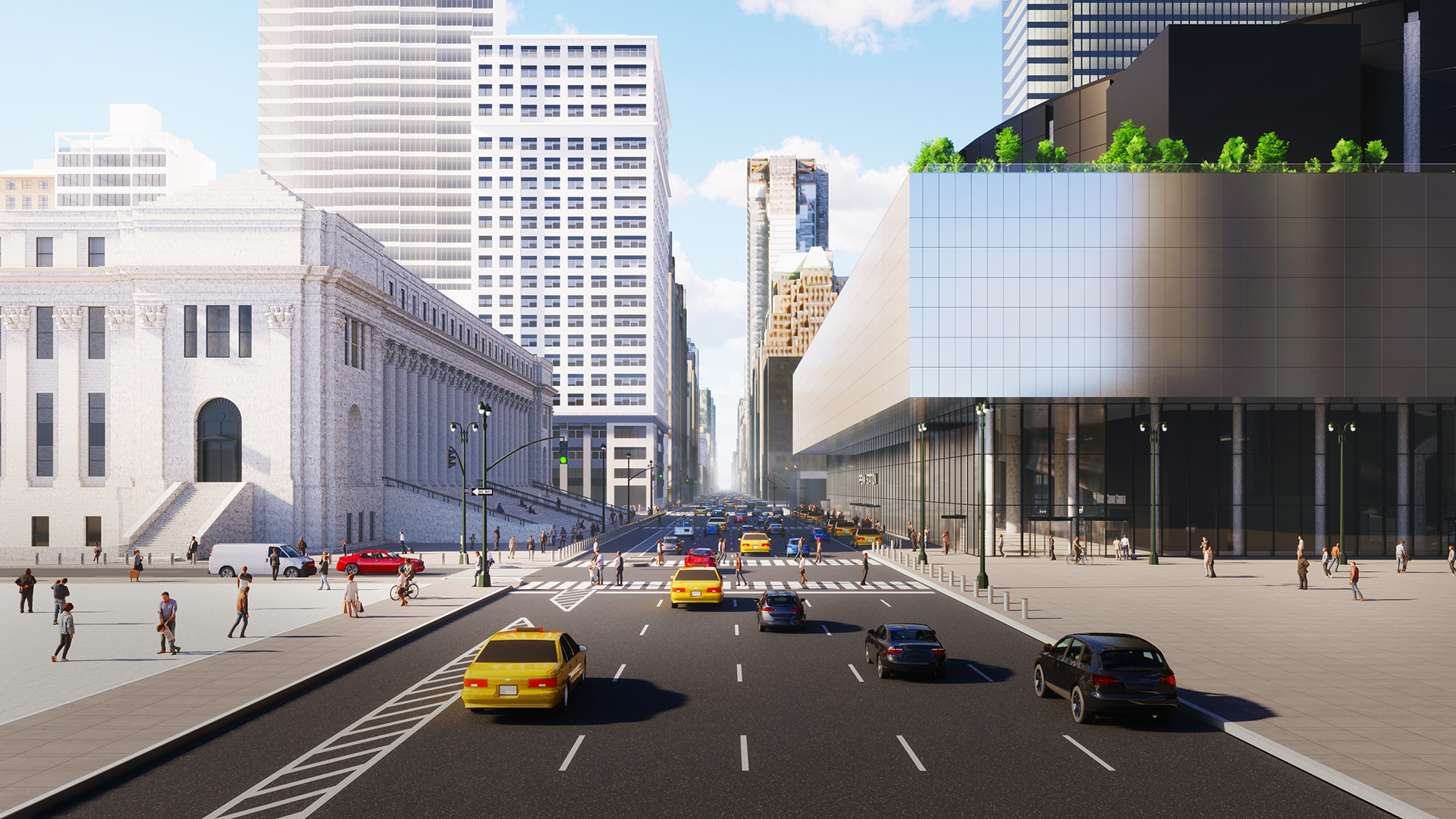 Ever since the classic Beaux-Arts-Style Penn Station building (McKim & White - 1910) was demolished and to make way for Madison Square Garden in the late 60’s, Penn Station had to continue to operate from underground. While being the busiest railway station in the Northern Hemisphere, commute rates have continued to rise in recent decades. Countering congestion and bad wayfinding, followed by the dense program on the site provides real challenges. Penn Garden explores a way to combine the Arena and Penn Station to work in symbiosis as a coherent entity. By rearranging the program needed for both functions, ground-level access to the station is acquired resulting in clearer wayfinding, facilitating mobility, entertainment functions and the green garden on the roof, while still maintaining a full functioning Arena. It tests the possibility for a future where the Arena remains on its prime location in the center of the Metropolis, without relocating the landmark.