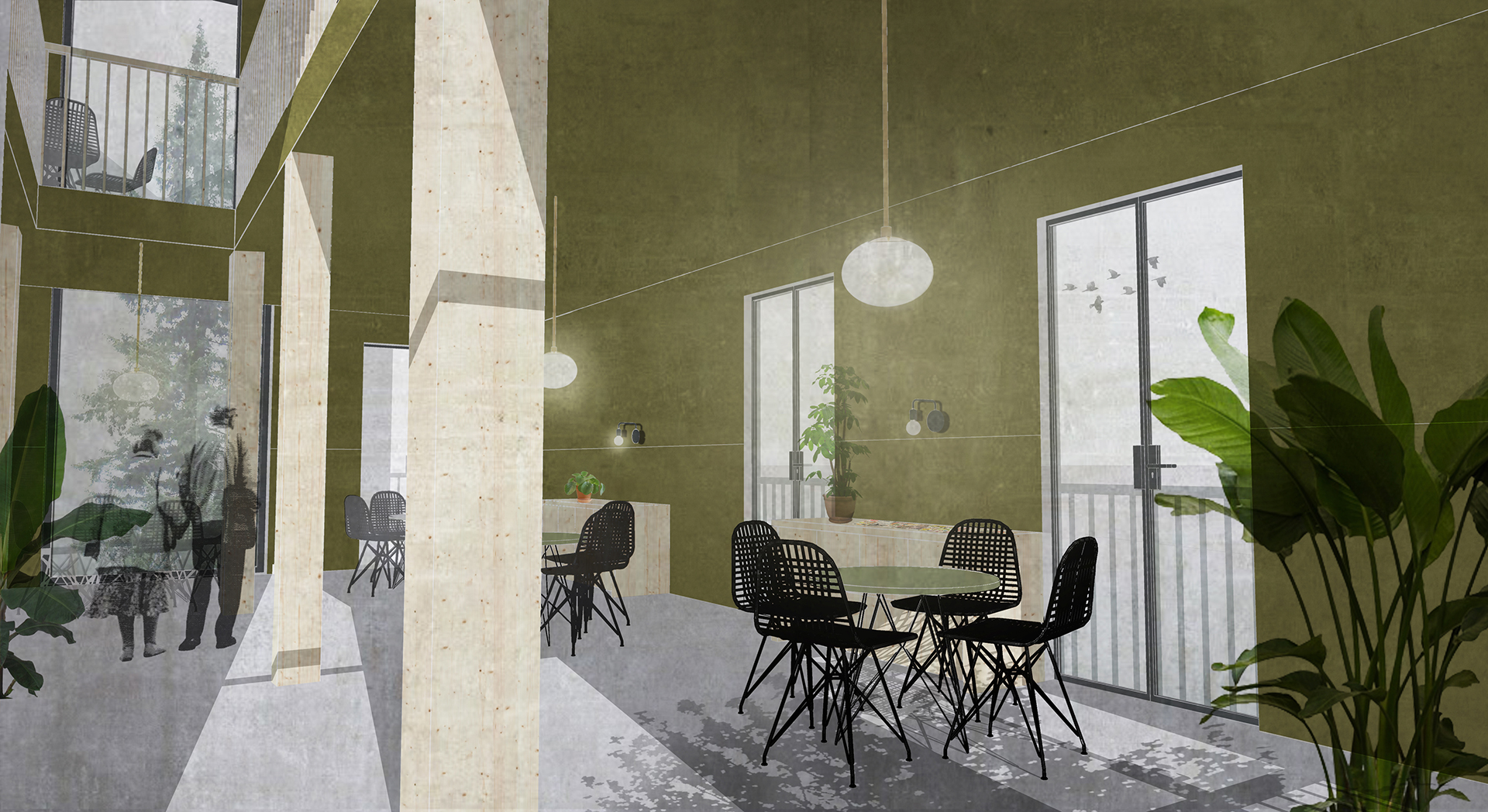 Community Center
Visit this project at the VR exhibition

Back to square one is where we have gone. The traditional welfare state is changing into a participation society. Elderly persons live independently for longer and are being forced to be more self-reliant again, just like before the Second World War. Those in need receive care at home instead of in an institution, which will lead to increased loneliness among the elderly and demand for care will increase due to ‘aging’.

The tendency towards a more participatory society calls for a participation-supporting living environment in which multiple generations, families and the elderly, live closer together. With its multiple typologies, the design could be compared to an old-fashioned neighbourhood, in which the inhabitants keep their eyes on the street, called naoberschap in Dutch. Encounters between the elderly and younger families are encouraged throughout the communal space by the mixed typology configuration and the provided communal amenities for instance, while maintaining the rest and privacy of both.