Methods and Analysis: Positions in Practice 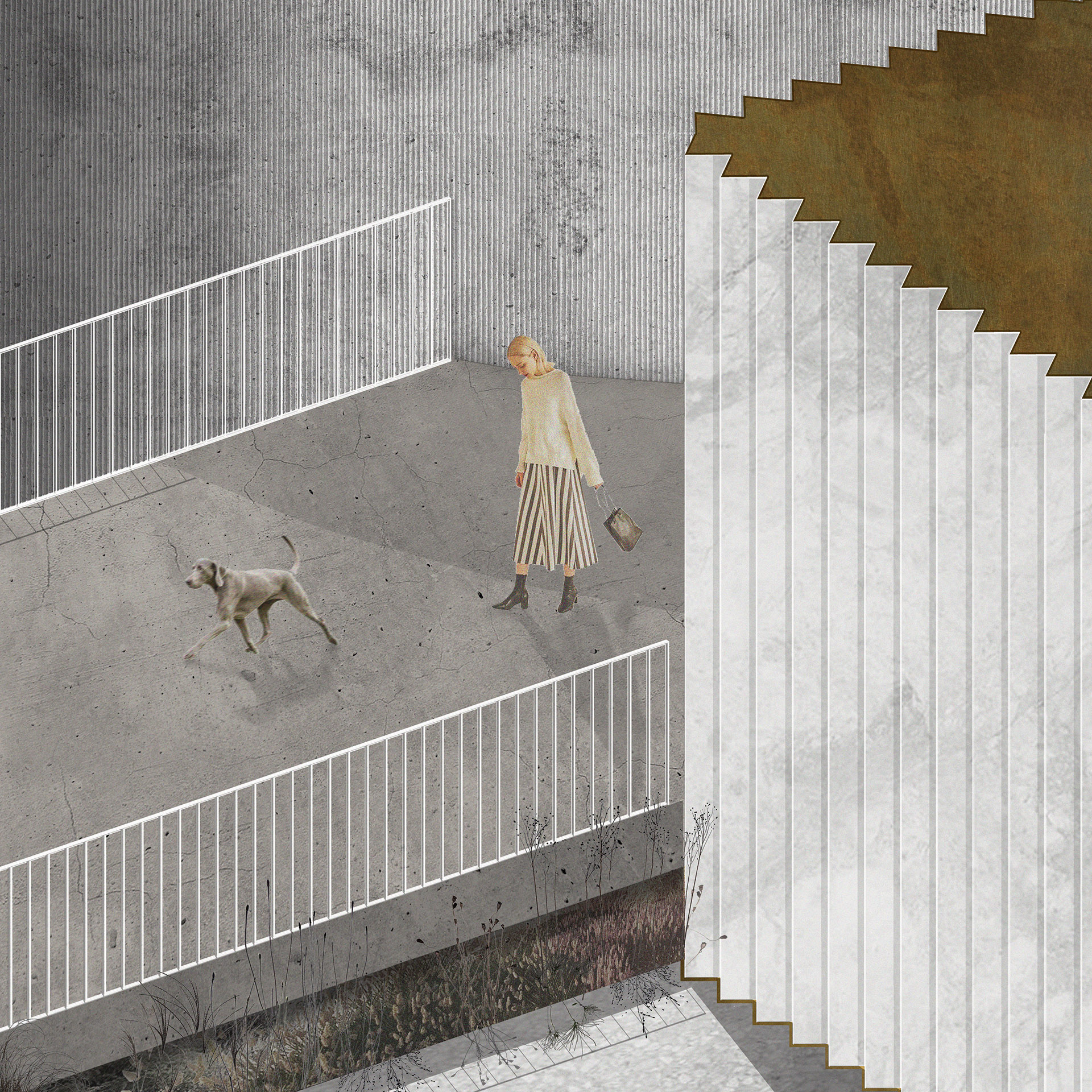 The encounter of elements: Tracing the in-between
Visit this project at the VR exhibition

Skopje appears to be a divided city where the different layers of time negotiate and are represented in its image. One of these layers is that of the 1960s metabolism. This project proposes that the Post Office building, the former public nucleus of communication, be returned to the inhabitants as a common ground that interweaves its urban surroundings.

Following our in-situ research, we concluded that Skopje finds itself in a state of liminality: an in-between state of transition.

The proposal is a bridge that intervenes in the existing architecture and thereby creates a series of transition spaces focusing on encountering elements to create the unexpected. These chance encounters develop an openness through the means of playing.

Based on the analogue design approach of an interplay between freedom and constraint, the ‘player’ moves freely within prescribed limits. By following the spatial sequence, new possibilities that bridge and communicate between previously separated urban spaces appear.