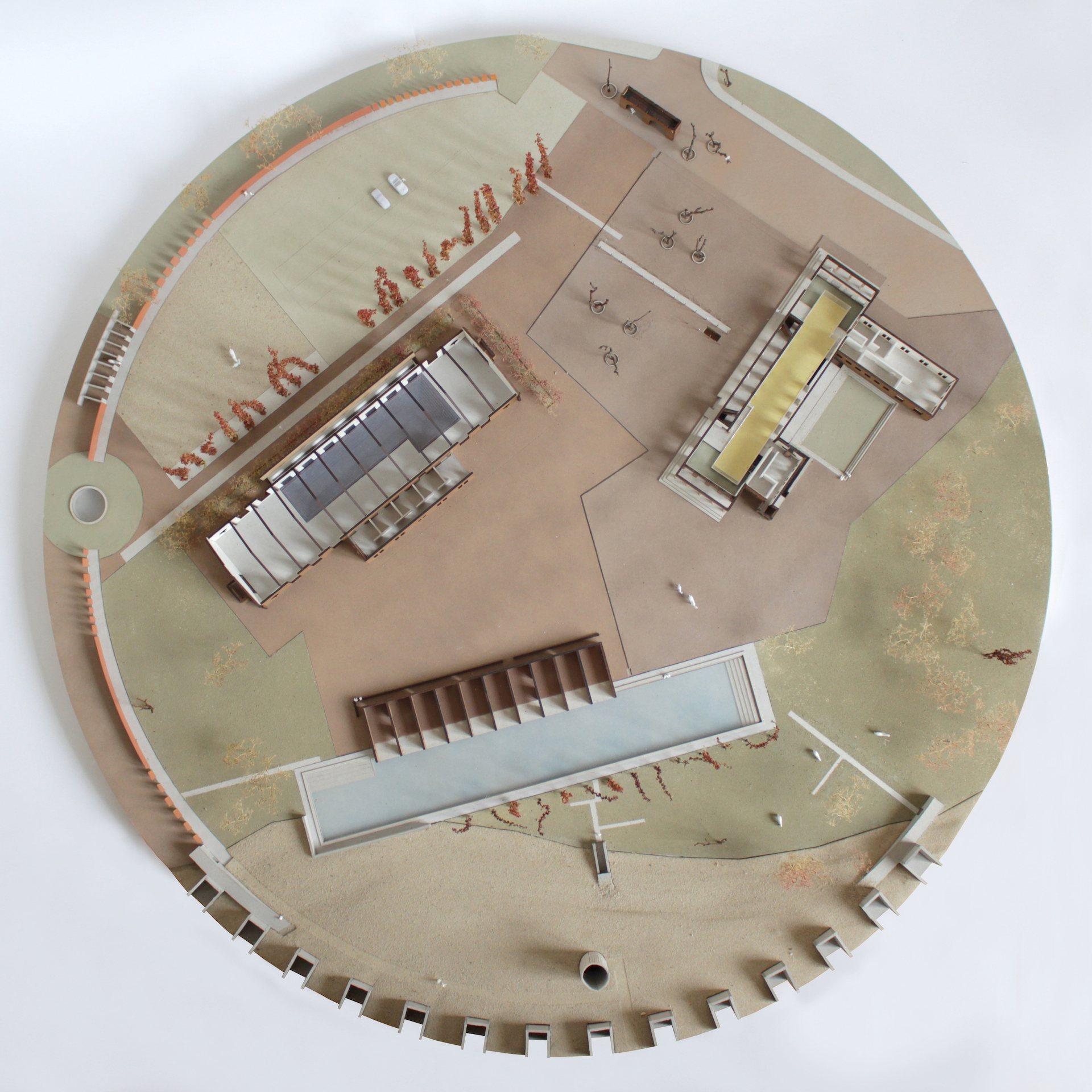 I am intrigued by buildings, landscapes and the transformative processes of time. One of the beautiful and poetic theories that captures the continuity of history is that of the palimpsest.

The project is two folded in the sense that it consists of a research and a design project. The research resulted in a book that portrays the concept of palimpsest in architecture in relation to six personal observations (place, reuse, memory, traces, materiality and dialogue).

For the design project a derelict site - just outside of the Dutch village of Huisduinen - is chosen containing three abandoned buildings made by the Germans during World War II. One of these buildings partially burned down five years ago and is now a ruin. The site is transformed into a place for retreat called "Villa Huisduinen", a secret oasis where people can rest, wander and enjoy the various aspects of the existing landscape.