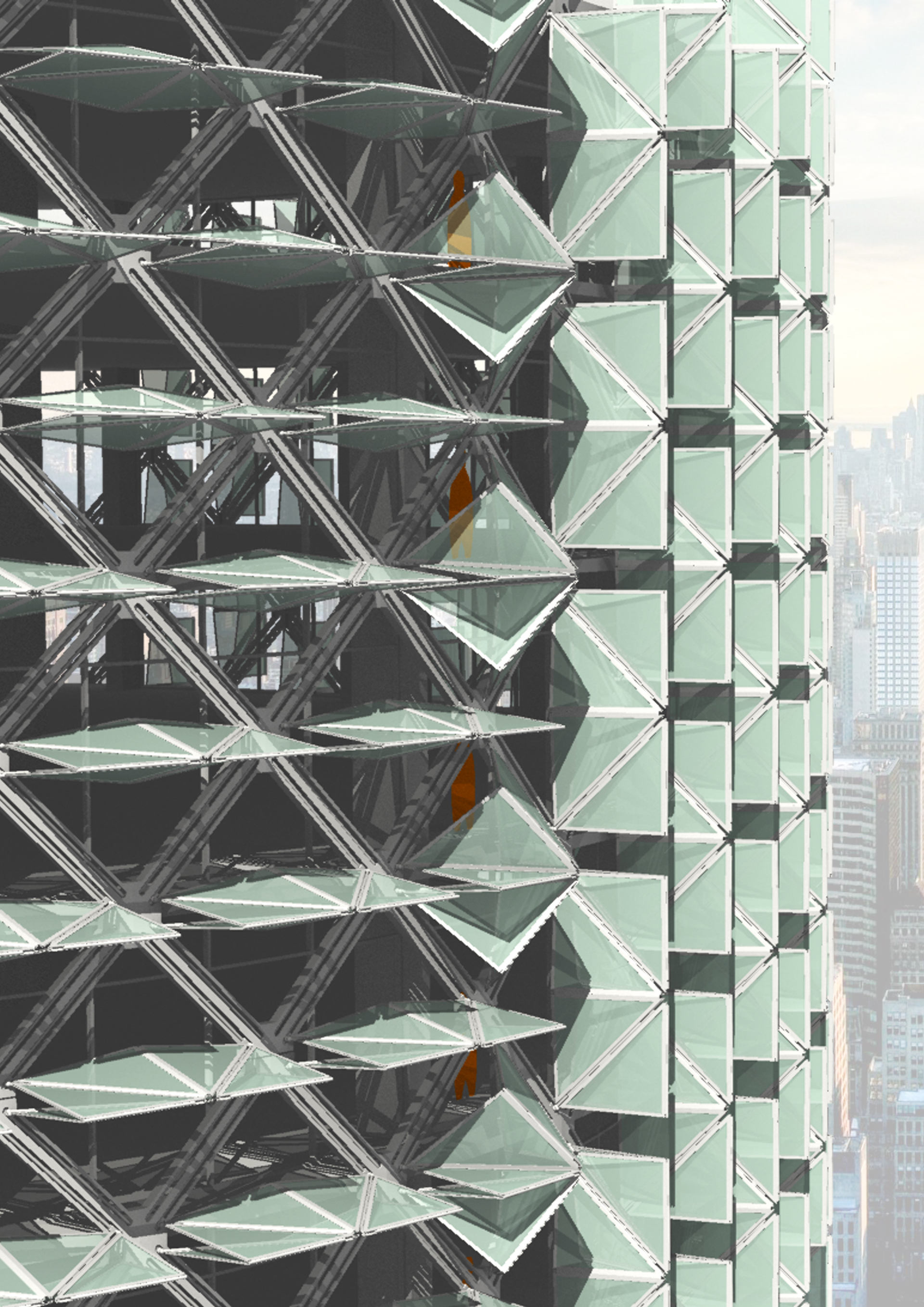 "Wind" is one of the most crucial forces to highrises. It creates a series of lateral loads. Put in to account with the height of a building, small wind can create a high bending stress in the structure. Conventional way, the solution can be easily solved by constructing gigantic structure.

Alternatively, like other material, wind can be formed and shaped. This adaptive facade was designed to react to the approach wind base on three inputs - wind direction, speed and time period after the impact. The adaptation shapes the flow around the building which leads to a lower friction and drag force.

After the wind force is minimized, the need of a gigantic structure is less. For 400 metre height with concrete core, the material needed for the core is decreased almost 40%. The smaller structure gives away the increasing of the usable space more than 35%. The Facade is costly but with 80% of building area used, the income that only from the increased area can cover the envelope construction cost within 6-8 months.