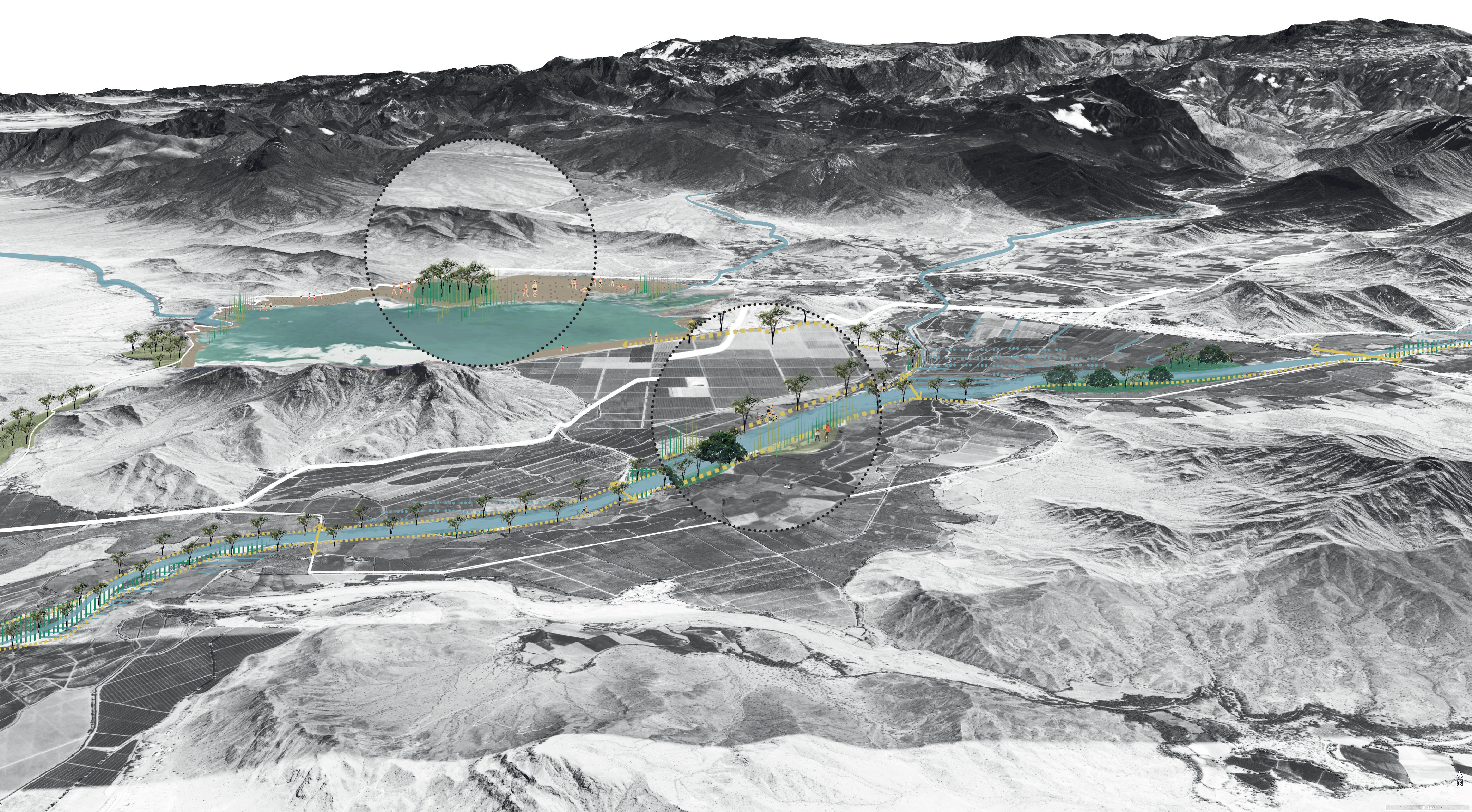 Historically, the regional landscape of Lambayeque has mainly been natural, agricultural, rural and lastly, urban. However, economic development, demographic growth and urban expansion have overpowered the more natural domain creating non–dynamic flows within the system, compressing all functions at the city scale, specially in Chiclayo as the capital of the region.Furthermore, due to climate change, natural disasters are getting more acute leaving behind devastated productive land, infrastructure and small rural towns, affecting mostly vulnerable population. Given that almost half of the region is cover by un–built areas with mixed ecological value, this broader –currently disconnected– landscape holds great opportunity as a linking element with the urban tissue. Due to the importance of agriculture not just in the economic dimension, but in the regional idiosyncrasy, productive lots hold the capacity to be integrated into the proposed green and blue initiative re–drawing the inherent connection between wilderness and, man–made landscapes focusing in gathering spaces, which are mainly non–existent within city boundaries.