Femke is Associate Professor in Geoscience and Engineering. In her research, she assimilates data into numerical models of subsurface flow and mechanics to estimate the effects of subsurface activities and their uncertainties and associated risks. The data-assimilation techniques used for this purpose originate from meteorology and oceanography, where Femke has her roots. Applications of her current research include subsidence and induced seismicity from hydrocarbon and geothermal energy production, slope stability in the conversion of open-pit mines to lakes, and the use of electromagnetic and seismic data for subsurface characterization.

In addition to her education and research activities, Femke is a committee member of the Tcbb, an independent committee that advises Dutch citizens and the Dutch Ministry of Economic Affairs and Climate Policy on the surface effects of subsurface resource extraction. She is a member of the steering board of SCAN, the seismic campaign for geothermal energy exploration in The Netherlands. She is a board member of the Royal Geological and Mining Society of the Netherlands KNGMG. Striving for gender equality in the workplace, she also is the current president of the Delft Women in Science network DEWIS.

Femke is always looking for collaboration on current or future research projects.

Femke is keen to use data assimilation as a tool to better understand subsurface processes and their consequences at the surface through combination of surface data with coupled dynamic-mechanical simulators of the subsurface. Applications include, but are not limited to, the use of gravimetry and satellite observations, for instance GPS and InSAR, for surface movements related to subsurface processes such as water production, geothermal energy, hydrocarbon production, gas injection and storage,  and resource mining.

With a MSc degree in Aerospace Engineering from TU Delft (1995), Femke obtained her PhD degree at the same faculty in 1999, in collaboration with the Institute of Marine and Atmospheric Research Utrecht (IMAU) of Utrecht University. During her PhD project, she was awarded a Fulbright fellowship, which allowed her to spend a year as a visiting scientist at the National Oceanic and Atmospheric Administration (NOAA) in the Washington D.C. area, and as a Fulbright student at the University of Maryland, USA. As part of her PhD project, she developed a data assimilation module to assimilate satellite-borne radar data into a global ocean circulation model to improve the estimate of salinity variability in the Pacific Ocean, leading to improved NOAA forecasts of the El Niño climate phenomenon. Part of her PhD research was carried out at the Royal Netherlands Institute for Meteorology (KNMI).

Awarded with an individual Marie Curie research grant in 2000, she spent two years on data assimilation in coupled ocean-atmosphere models at the Laboratoire d’Océanography Dynamique et de Climatologie of Université Pierre et Marie Curie in Paris, France. Until 2007, she continued her research in the field of data assimilation at IMAU, while funded by SRON Netherlands Institute for Space Research, a division of the Netherlands Organisation for Scientific Research NWO. In that period, she specialized in the use of particle filtering techniques for the estimation of the global ocean circulation using gravity-gradiometry observations of the GOCE satellite.

These twelve years in research were followed by almost ten years in industry with Shell International Exploration and Production. In this period, she applied her expertise in the field of data assimilation in assisted history matching for closed-loop reservoir management, and in the integration of seismic and non-seismic data for exploration and reservoir characterisation. She also led opportunity evaluation in unconventional resources and portfolio analysis in Shell’s business planning.

In September 2016, Femke was awarded a Delft Technology Fellowship, which enabled her to return to TU Delft to take up the position of Associate Professor in the Department of Geoscience and Engineering in the Civil Engineering and Geosciences faculty. In this position, she continues to build her research portfolio in data assimilation. 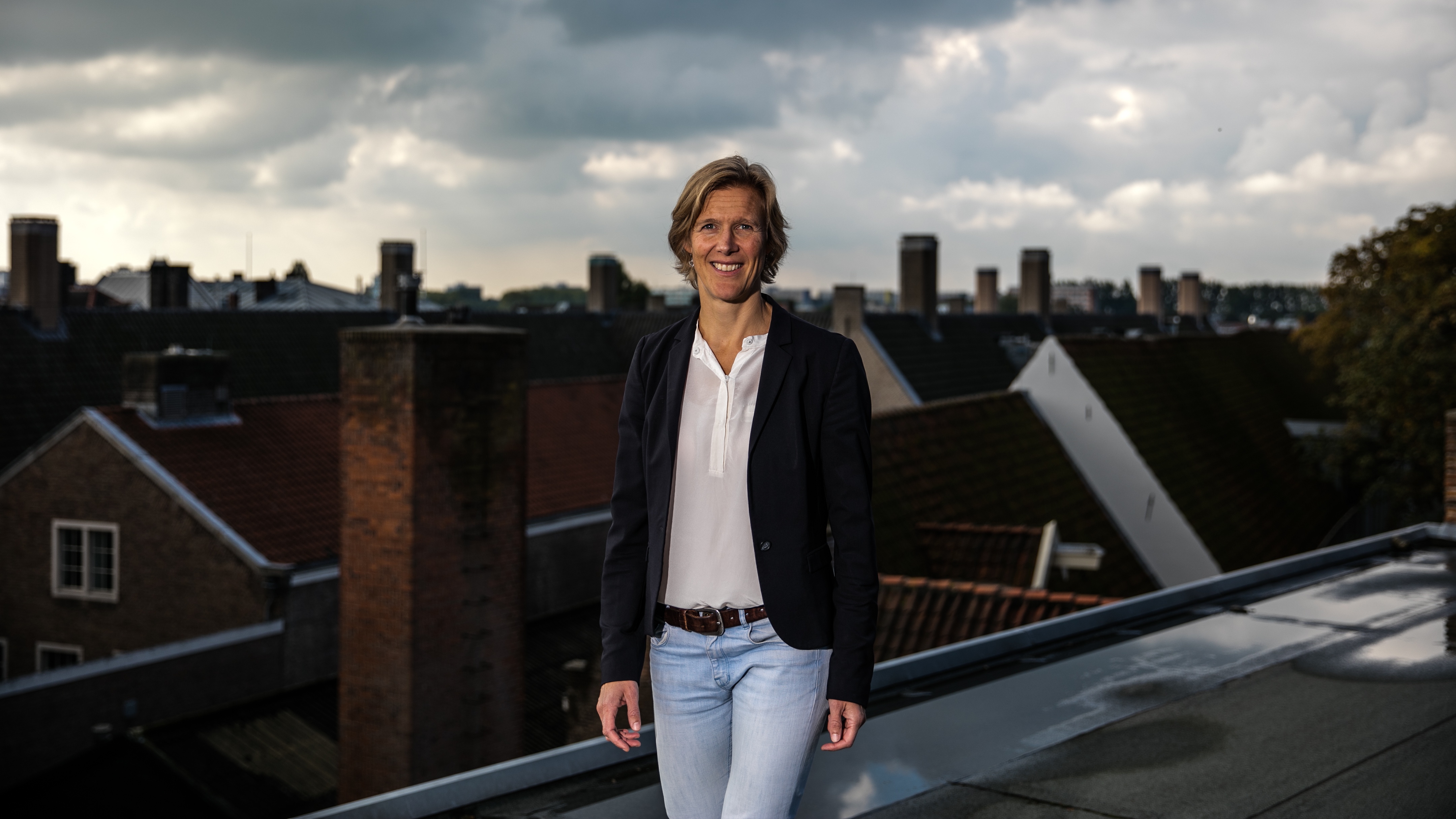 Getting to grips with land subsidence