The oceans contain about 97% of the Earth’s water, which makes them a key component of global climate. Seasonal changes in water temperature, salinity and mass affect ocean volume, causing global sea level to rise and drop by more than 10 mm every year. In addition, rising temperatures and melting ice are currently driving an upward trend of about 3 mm/yr, with significantly larger regional changes. Global mean sea level rise is expected to accelerate over the coming decades, possibly reaching values of more than 1 m by the end of the century.

In our current research at GRS we mainly focus on observations of past and present sea level change. We develop new techniques to process in-situ and remote sensing data, as well as new approaches to validate physical models of the various components of the sea level budget. Our goal is to better understand the causes of observed changes, in order to be able to better predict the future evolution of global and regional sea levels. We also have a special interest in the interaction between the solid earth, gravity and sea level, which affects the regional distribution of ocean masses as well as land elevation in coastal areas. 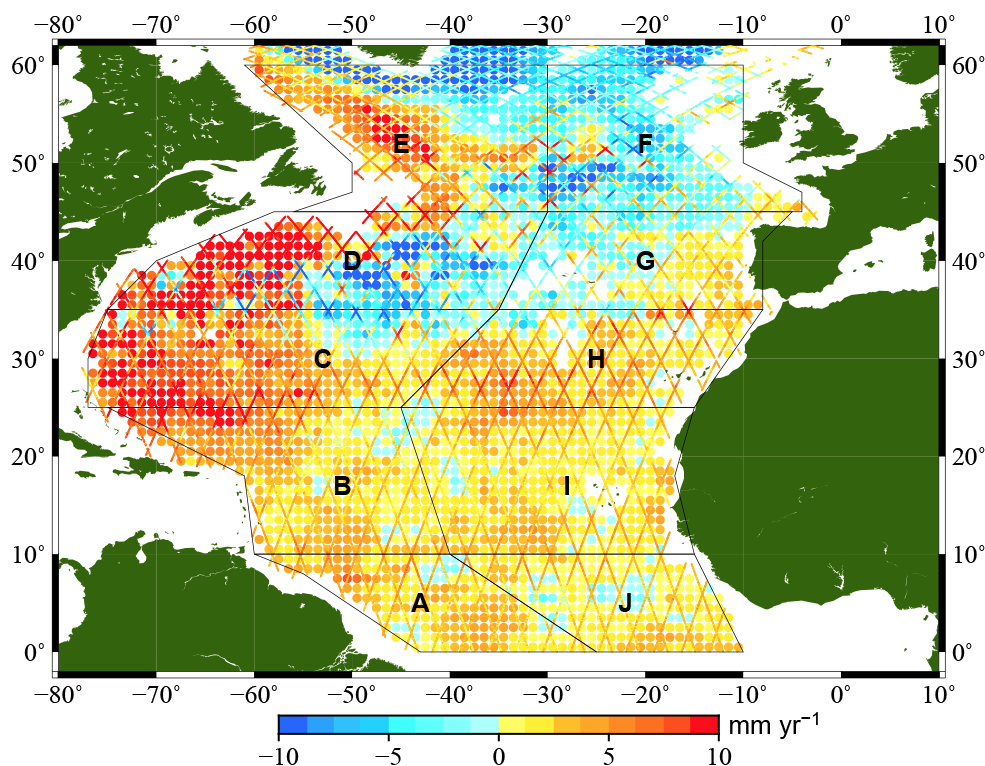 Sea level change trends over the North Atlantic between 2003-2013, based on a combination of in-situ density measurements and satellite gravity observations (dots), as well as satellite altimetry (lines) [source: Kleinherenbrink et al., (2016)