Antonia Sebastian is an assistant professor of Flood Resilience in the Department of Geological Sciences at the University of North Carolina at Chapel Hill. She received a Ph.D. in Civil Engineering from Rice University in Houston, Texas in 2016 for her dissertation work on compound flooding. Her current research focuses on the influence of urban development and climate change on the evolution of flood hazard and risk in urban and coastal systems.

Previously, Antonia has held postdoctoral positions at the Center for Texas Beaches & Shores at Texas A&M University at Galveston (2018-2019), Center for Severe Storm Prediction, Education, and Evacuation from Disasters (SSPEED) at Rice University (2017-2018) and within the EU H2020 Project BRIGAID at TU Delft (2016-2017). She also held a Netherlands-America Foundation (NAF)/Fulbright Fellowship in Flood Management at TU Delft (2014-2015).

Previous involvement in BSc and MSc projects at TU Delft:

Finalized theses and reports can be found on the TU Delft repository.

Students who are interested in a project or pursuing a related research topic, can send an email to a.g.sebastian@tudelft.nl or visit her personal webpage.

A full list of publications can be found via Google Scholar. 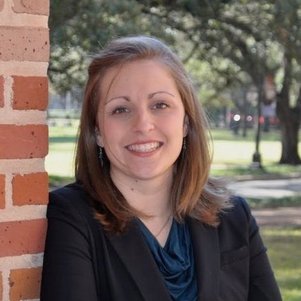