Kasper Lendering works as a researcher in the hydraulic structures and flood risk group of Hydraulic Engineering. He graduated with a master’s degree in Hydraulic structures and Flood risk at the faculty of Civil Engineering of the TU Delft. His research focusses mainly on the application quantitative risk assessments in flood prevention. Subjects include the risk-based design of land reclamations, the effectiveness of emergency measures for flood prevention and flood risk assessments of regional flood defence systems. Since 2015, Kasper combines his work as a researcher at the TU Delft with working as a consultant at Horvat & Partners. As a consultant at Horvat & Partners, Kasper has worked on several risk assessments, second opinions and audits for infrastructure projects in the Netherlands. See also:

During his study, Kasper also did several other projects in the field of hydraulic structures. A multidisciplinary project was carried out in Havana, Cuba, where the siltation problems of the harbour of Batabanó was investigated and possible solutions were engineered to limit further siltation. Further, Kasper Lendering worked as an intern at PUMA on the construction of the 2nd Maasvlakte. 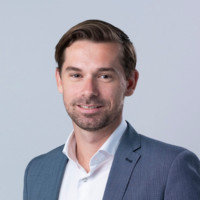