Patrick Oosterlo holds BSc and MSc degrees from Delft University of Technology. For his BSc thesis, Patrick studied the influence of very oblique waves on wave overtopping, as part of the international research project Hydralab Cornerdike at DHI, Denmark.

He graduated in 2015 with an MSc degree in Civil Engineering, specialisation Hydraulic Engineering, at the faculty of Civil Engineering of the Delft University of Technology. For his thesis, he developed a method to determine the probability of dike failure due to wave overtopping for dike-foreshore systems, including the infragravity waves and morphological changes.

After his graduation, he started working as a researcher at the section of Hydraulic Structures and Flood Risk of Delft University of Technology. There, he co-wrote a journal paper on a new prediction formula for the spectral wave period Tm-1,0. Furthermore, he performed a numerical study on the stability of underlayers of rock structures subject to waves (in cooperation with Deltares), and he co-wrote a book and created a photo exhibition for the Prof. dr. ir. J.F. Agema prize, the prize for the best and most innovative hydraulic engineering project.

In 2016, Patrick started as a PhD candidate at the section of Hydraulic Structures and Flood Risk at Delft University of Technology. The PhD is part of a 12-year long extensive field measurement campaign in the Eems-Dollard estuary in the Netherlands. This estuary in the north of the Netherlands is a highly complex estuary with deep channels and tidal flats, which is part of the Wadden Sea. A particular aspect for this area is that the dike design conditions often are characterized by very obliquely incident waves, up to 80° relative to the dike normal. Since the reliability of the models as used for the Dutch dike safety assessment is unknown for such conditions, the field measurement project is performed in this estuary. The measurements started in 2018, measuring wind, water levels, currents, waves and wave run-up and overtopping. The PhD focuses on the nearshore wave propagation effects and related wave overtopping in this complex estuary. The PhD is conducted under the supervision of Prof. dr. ir. J.W. van der Meer, Dr. ir. B. Hofland and Dr. ir. G.Ph. van Vledder.

The topic of his research is: 'The effects of non-linear refraction and oblique wave attack on wave overtopping in complex estuaries'.

In the video above, a laser scanner system, used to measure (oblique) wave run-up and overtopping, can be seen. First test of the system with waves generated by the wave run-up simulator on the grass slope of a dike in Friesland, the Netherlands. For more information, refer to: 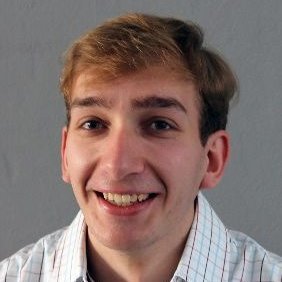 Waiting for the perfect storm