Prof. Han Ligteringen occupied the chair of Ports and Waterways from 1995-2010. During this period he was responsible for the ports and waterways group and for the lectures on this subject, he supervised 5 PhD-students and a total of 134 MSc-students, and coached more than 15 project groups, mostly in far-away countries.
He initiated and developed the Port Research Centre Rotterdam-Delft, a collaboration between TU-Delft and the Port of Rotterdam, and the Waterway Research Program with Rijkswaterstaat.
He gave regular guest lectures in South Africa (University of Stellenbosch), Argentina (University of Buenos Aires) and China (Wuhan University of Technology).

Since 2004 Prof. Ligteringen obtained a Honorary Professorship at UNESCO-IHE in Delft, in appreciation of his long term support for the institute. Since 2011 he occupies  the chair of Ports and Waterways at U-IHE, continuing his activities in education and research.

Since 2010 Prof. Ligteringen is a member of the Board of Sohar Industrial Port Company in Oman, responsible for technical matters. 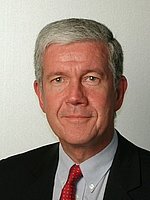