Roel Schipper graduated in 1993 at the Faculty of Civil Engineering in Delft and worked for several years as practicing engineer in building physics and structural design consultancy. In 2008 he became lecturer-researcher, teaching various courses in structural and façade design and doing research in a wide range of topics. From October 2018 onwards, Roel has a part-time appointment at Imperial College London as Strategic Senior Teaching Fellow. His present interests are education innovation, parametric design, digital fabrication and damage investigation.

Roel Schipper graduated in 1993 at the Faculty of Civil Engineering in Delft, group Building Engineering, section Building Physics. After this, he worked for a period as researcher for the European project COMBINE (Computer Models for the Building Industry in Europe), aiming for development of the first generation of BIM-models.

In 1994 he became a junior consultant Building Physics at Van Dorsser Raadgevende Ingenieurs in The Hague (presently incorporated by Royal Haskoning DHV), where he was involved in several interesting building projects, such as the VNO headquarters and Palace of Justice (both local landmarks built over the Utrechtsebaan tunnel barge in The Hague), the modernization of the Van Gogh museum in Amsterdam and Haags Gemeentemuseum in The Hague, the design of several penitentiaries and numerous office and residential buildings. During this period his work was mainly focused on building physical aspects, such as acoustics, daylight studies, energy performance, temperature simulation and wind tunnel research. During his Van Dorsser period, the investigation of a great deal of damage cases due to condensation moisture, leakage, climate-problems, disturbing acoustics and incorrect detailing contributed to the insight into actual and potential failures in the nowadays building industry.

In 1997 he joined Ingenieursbureau Concretio, a small structural engineering firm in Zwijndrecht, the Netherlands. Leaving the field of building physics, he worked on the full width of structural engineering, designing concrete, timber and steel structures for residential and office buildings, industrial warehousing and hydraulic structures. Some examples of projects he has been working on are: design of machine foundations for Fokker Technologies in Papendrecht, Bamboe Bovenstad in Rotterdam, numerous large warehouses, concrete and steel dyke structures along the Merwede, a river in the Dutch delta area, design of dynamically loaded foundations for an amusement park and design of an innovative stacked megablock wall. Between 2002 and 2010 he was involved in the inspection and monitoring of several hundreds of wooden pile foundations built in the period 1800-1950 in Dordrecht and the design of new foundations in cases of severe deterioration.

In 2008, he joined TU Delft as lecturer / researcher in the chair of Building Engineering / Structural Design, focussing on teaching and research of various topics.

In 2015, Roel Schipper obtained his PhD degree with the thesis "Double-curved precast concrete elements - Research into technicaly viability of the flexible mould method" at TU Delft. The PhD research concentrated on the Flexible Mould Method: the production of precast, concrete elements with complex, double-curved geometry is expensive. This is caused by the high cost of the necessary moulds and the limited possibilities for reuse. Currently, computer numerically controlled milled foam moulds are the solution applied in various projects. These moulds deliver good aesthetic performance, but also result in a waste of material, relatively low production speed and fairly high costs per element. The flexible mould method, as discussed in this thesis, offers an economic alternative for the state of art: it allows repeated reuse of the same mould in an adapted shape. More can be read here 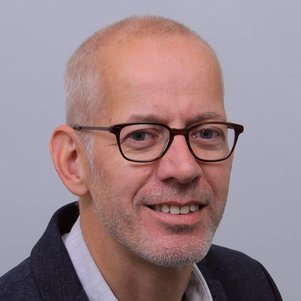