This research project is about mobility pricing and it aims to provide a guide to the decision making process of pricing measures, for which the travellers' responses different prices are key. That has led to a strategic planning model in which several shortcomings of the more traditional models have been addressed. Also, multiple stakeholders are considered to identify possible conflicting preferences between them. During the realization of the modelling framework, two aspects have been considered particularly: (1) the behavioural realism should be as high as possible, and (2) the running times should be as low as possible. The behavioural realism has been improved at the stakeholders level (i.e. decision making), for travel choices, and for driving behaviour (i.e., traffic propagation).

The scientific challenges are threefold. First, several disciplines have to be united in an integrated framework that captures the decision making process, the responses of travellers, and the effects of these responses on the transport system and environment. Second, several aspects of dynamic traffic assignment are analysed and improved. Those aspects are in particular node models and route choice models. Third, it is a challenge to include multiple stakeholders in the decision making process, and to determine the potential benefit of cooperation - compared to competition - between them.

The work has resulted in a set of mathematical models that allow more realistic strategic planning of mobility pricing. Multiple stakeholders (e.g., governments, public transport operators) are explicitly considered, which allows the identification of conflicting interests. The different outcomes based on either cooperation and competition can be compared; this shows how much the transport system can improve by cooperation of the stakeholders. The first results on a hypothetical case show that cooperation between the train operator and national government can improve the system significantly. A large case study on the Randstad is in the final phase of development.

The new mathematical models allow: (1) a better simulation of route choice behaviour of travellers on large scale networks, (2) more insight in the underlying behaviour of drivers for road intersection models, and (3) a good compromise between realism and computational efficiency for calculating congestion conditions. 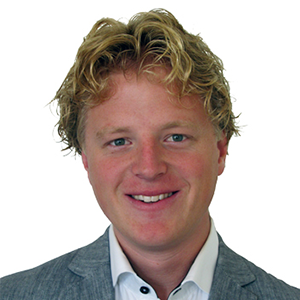