Bart van Arem’s research and education have evolved around analysing and modelling the implications of intelligent transport systems. Such implications vary from human factors to traffic flow on roads and networks. His research has a strong modelling and simulation component based on empirics wherever possible using our instrumented vehicles and driving simulator. He teaches courses on Intelligent Transport Systems at BSc and MSc level and supervised almost 100 MSc students and 15 PhD researchers. His recent research interests are moving towards understanding of the spatial and societal implications of intelligent transport systems. He is the Principal Investigator of the STAD (Spatial and Transport impacts of Automated Driving ) project with 30 academic, industrial and public partners and founder of the Researchlab Automated Driving Delft. In 2017 he received the Institutional Lead Award of the IEEE Intelligent Transportation System Society for his leadership of the TU Delft Automated Driving Research Programme.

Bart van Arem is the Principal Investigator of the Meaningful Human Control over Automated Driving Systems project.  He will be working in the traffic engineering field as well as on the integrated conceptual and methodological approach. He will also be further developing the interactions of the project will its partners and engage international academic debate through the CARTRE and AVS symposium series. 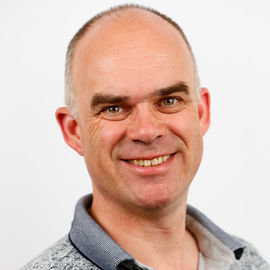