N2kWh – From Pollutant to Power

Nitrogen is a vital building block for the production of proteins. To fulfil the global food demand, ammonia-nitrogen fertilisers are massively produced to support a high level of crops productivity. However, almost half of the produced ammonia eventually ends up in the natural environment, which threatens biodiversity (Erisman et al., 2007). To limit the emission of ammonia and therewith protect biodiversity in surface waters such as rivers and lakes, residual (waste) waters are treated prior to discharge. Traditionally, ammonium is removed by biochemical conversion to harmless nitrogen gas. However, biochemical processes require considerable amounts of energy and produce harmful NOx, which is a strong greenhouse gas (Kampschreur et al., 2009; Magri et al., 2013). Alternatively, ammonium removal is combined with ammonia recovery as (a resource for the production of) fertiliser, which requires both the addition of large amounts of energy and chemicals (Mehta et al., 2015). Interestingly, ammonia was recently recognised as a suitable renewable energy carrier (ISPT, 2017). By using ammonia as a fuel for a solid oxide fuel cell, electricity and heat can be generated, while the ammonia is converted to harmless nitrogen gas and water, while no NOx is formed (Staniforth & Ormerod, 2003).

The project relies on the combination of ammonium removal from residual waters and generation of energy from ammonia in a solid oxide fuel cell. However, ammonium present in residual waters cannot directly be used as a fuel. Therefore, various technologies were assessed for the removal of ammonium from residual water and the simultaneous recovery of ammonia gas. Eventually, (bipolar membrane) electrodialysis and vacuum membrane stripping were selected as suitable technologies and were subjected to experimental testing. Research topics were related to the performance (removal efficiency, mass transport fluxes, etc.) and energy consumption of each technology. Also, the energy efficiency of a solid oxide fuel cell was experimental tested.

The results of the experimental assessment of the respective technologies will extensively described in scientific papers. Furthermore, a lab-scale prototype, consisting of a combination of all considered technologies was realised. Tests with synthetic and actual residual water showed a positive proof-of-principle of the developed system: 90% ammonium removal, no chemical addition to convert ammonium to ammonia, recovery of gaseous ammonia and energy generation in the solid oxide fuel cell from the recovered ammonia. Future research efforts focus on decreasing the energy consumption of (bipolar membrane) electrodialysis and on increasing the energy generation efficiency by the solid oxide fuel cell to achieve an energy-positive system.

Multiple topics in this research are of scientific interest, such as the mass transport mechanisms and associated energy consumption to concentrate ammonium, convert ammonium to ammonia (by increasing the pH without the addition of chemicals) and stripping ammonia from water. Also, the performance of a solid oxide fuel using gaseous ammonia-water mixtures is of scientific interest as this is a novel application. 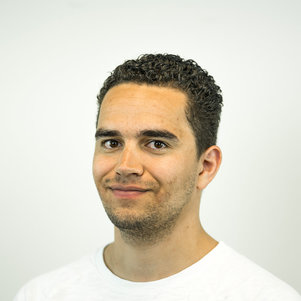