Hessel Winsemius is an expert in large-scale hydrology, climate change and hydrological modelling. In September 2009, he obtained his PhD degree Cum Laude on the use of large-scale satellite observations, in particular of the gravity field and evaporation processes, as complementary data for the construction and calibration of hydrological models in the Zambezi basin. Since 2018, he holds a position as associate professor at Delft, University of Technology. His work focusses on the global understanding of the interplay between hydrology and society, with emphasis on hydrological extremes in Africa. His ambition is to produce sustainable and transferrable knowledge and innovations that fit in the context of society and its capacity to adopt technology.

In his scientific work he has a strong focus on global and globally applicable methods to flood risk and water resources assessments: he is one of the core developers of the Global Flood Risk with IMAGE Scenarios (GLOFRIS) model, nowadays widely used to gain understanding in flood risk globally, its variability and changes due to climate and socio-economic change, and the underlying model to the Aqueduct Global Flood Analyzer. He is author and co-author of many peer-reviewed papers, among which recent contributions in Nature Climate Change and Nature Communications on global river and coastal flood risk and a Nature Climate Change commentary (co-author) on global surface water monitoring, which has been the most read article for several weeks. Currently, Hessel co-supervises two PhD students at the Vrije Universiteit Amsterdam, Institute for Environmental Studies, one PhD student at Utrecht University, and one PhD student at Delft, University of Technology, operating within Zambia and Zimbabwe.

At Deltares, Hessel has been active in projects, requiring specialist knowledge on hydrological and hydraulic modelling, global hydrology, model calibration, prediction of effects of climate change and land cover change, operational forecasting, use of large datasets, and uncertainty estimation. He is able to translate publicly available global data into information that can be readily used in hydrological, hydraulic and risk models. A recent example is his work on "Participatory Terrain Data and Modelling", one of the highly competitive GFDRR-DFID Challenge Fund grants, in which a participatory approach to establish high resolution terrain data from OpenStreetMap data is being piloted, and use of citizen science to establish hydrological models is explored. He is active in international projects in Southern Africa, Asia, United States and the Caribbean. He led a Deltares focal subject on Multi-Resolution Modelling.  He was a 3-year member of the Young Science Council of Deltares. 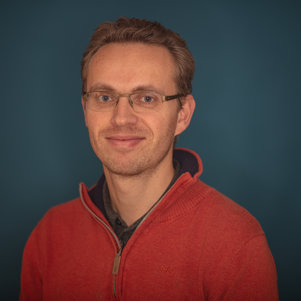