Els has a background in Chemistry (UvA, Amsterdam) and Energy Science (UU, Utrecht) after which she started as a researcher Energy & Water at KWR Water (Nieuwegein). At the TU Delft, she has a position as external PhD student, with Jan Peter van der Hoek and Ad van Wijk (3mE) as her promotors.

Els is interested in the design and analysis of Energy & Water systems in the urban environment. She takes on a system perspective and conceptualizes the neighbourhood of the future, with energy and water supply, demand and storage and conversion techniques.

Besides, Els works as a researcher at KWR on projects related to hydrogen production, heat storage, heat pumps and system integration.

In the transition from a fossil to a renewable-based energy system, changes have to be implemented on many different scales. Varying from international arrangements such as the Paris Agreement, via European laws, National and local government to changes on a household level, everyone will be involved. In this research, the focus is on the urban environment, and more specifically on a neighbourhood. If an increasing amount of households produce their own electricity, install heat pumps, drive with electric cars, and are no longer using natural gas for heating and cooking, new challenges will arise. In summer, an excess of renewable electricity is produced that needs to be dispatched. Yet, during winter there is a high demand for heat, and when all this heat needs to be produced with a heat pump, this means a significant rise in electricity demand at times when solar energy from roofs is not widely available. One the one hand, this could lead to high costs for the extension of the electricity grid and on the other hand, this grid extension does still not solve the mismatch between demand and supply.

Thus, there are many challenges related to the reliability and affordability of a future renewable energy system. Nevertheless, this new renewable-based energy system gives the opportunity to look at energy from a different perspective. Instead of energy being scarce because fossil energy production requires limited resources, with renewable energy the marginal costs of energy production will become very low. We can thus stop with focussing on energy efficiency as one of the most important factors in energy systems. Instead of energy efficiency, we should focus on solving the mismatch between energy supply and demand in time and space in the most reliable and affordable way.

To deal with this new challenge, an integrated system approach is crucial. The household-level is too small to do this, but at the level of a neighbourhood, a more elaborate investigation of ways to match energy supply and demand is possible. This integral approach should not only include house-specific features, but in addition take into account the heat, gas and electricity infrastructure, as well as energy conversion and storage. Furthermore, the system is extended to include water as well. Hydrogen and water are closely connected as water is one of the sources for the production of (green) hydrogen. In addition, the availability of rainwater is intermittent, like the production of renewable energy; and again it is a matter of balancing supply and demand in time and space. Thus storage of water could solve problems of inundation and droughts.

Therefore, this research investigates the possibilities for an integrated energy- and water system in the urban environment. The basic concept behind it is the so-called ‘Power-to-X’ for a neighbourhood, that combines the production of renewable energy with a conversion and storage of both heat and hydrogen. Heat can be stored underground (in aquifers) in summer, and delivered to homes in the winter months with a so called high-temperature aquifer thermal storage (HT-ATES) system. Hydrogen could be utilized as a transport fuel, and in the mid-term future, it could be applied within homes for heating purposes. Moreover, rainwater from roofs and solar panels can be collected and stored in an aquifer for later use, thereby reducing inundation and reduce water scarcity in dry periods. Water from the aquifer can be purified and serve as a source for hydrogen production, as well as fulfilling other functions in households. During the research, different designs of this ‘Power-to-X’ system will be reviewed with a dynamic simulation model that covers energy balances and techno-economic calculations.

The aim of the research is to contribute to renewable energy systems for the urban environment/smart cities with as an overarching research question: 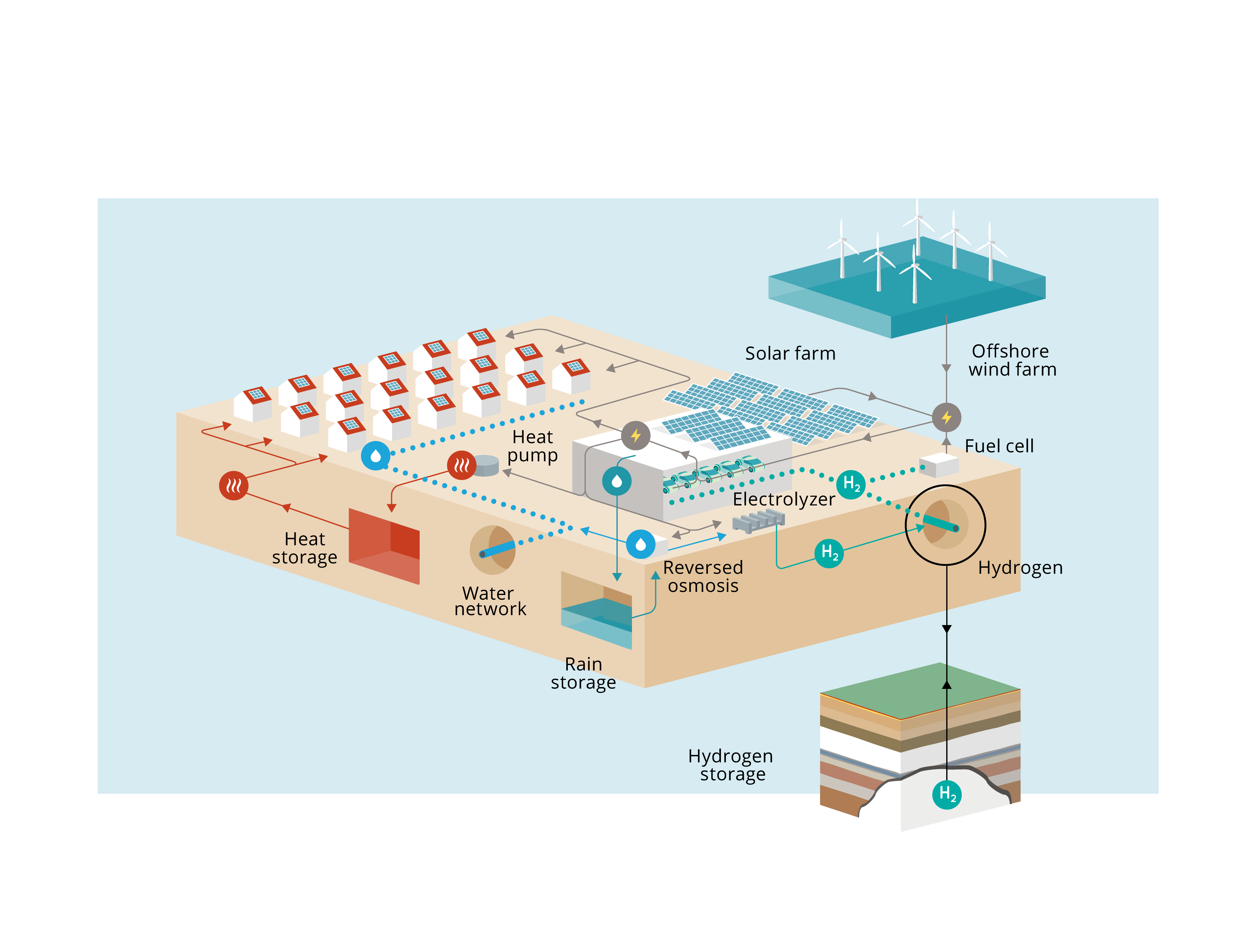 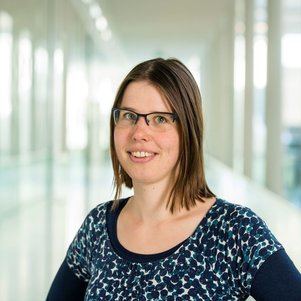