Decision Support System for controlling emerging substances in the water-cycle

Research objectives
The aim of the project is to build, validate and demonstrate a Decision Support System (DSS) that will help actors within the water-cycle to make informed decisions on how to control emerging substances in the water-cycle the most effective and efficient way.

Project outline
Introduction
Emerging substances in surface water are increasingly giving concern to the public, regulators and users of this water as a drinking water source (Houtman 2010). However legislation both on a national and international level is often running behind especially in the case of emerging substances, due to complex decision structures and the need for indisputable scientific evidence. Water authorities and water companies struggle with the question where and how to combat these substances in the water cycle. As a part of the EU Interreg project TAPES (Transnational Action Programme on Emerging Substances) a novel Decision Support System (DSS) is being developed to deal with this issue. The specific aim of the TAPES DSS is to focus on the management of emerging compounds within the whole water cycle, to suggest mitigation methods also beyond technical solutions, make use of the enormous amount of (scientific) information available, while being a simple and easy-to-access tool for the informed but not-expert user, that does not require any particular training.

Approach
With a preliminary DSS as basis, interviews were carried out with TAPES project partners representing different actors within the water sector. i.e. a drinking water utility, a wastewater utility, a water board, two research institutes, and a water management organisation. The interviews were recorded and analysed, the points raised were clustered to the main issues for the interviewed stakeholders representing decision makers within the water cycle.

The main conclusion from the interviews was that there is no struggle with a lack of information, the struggle is how to decide which information is relevant. The main issues mentioned are

1.     Emerging substances in water
a. Sources
b. Are there adverse effects on human health, the ecosystem or susceptible functions of the water system

2.     Possible mitigation measures
a. Choice of measure, eg. removal efficiencies and costs
b. Location of the measure (if relevant)
c. Long term vs. short term solutions

The TAPES project focuses on the two first issues, due to the relatively short time span of the project of 2,5 years.

Results
To address the issues outlined above, the DSS will give the user information on the source, pathway, chemical characteristics and toxicity of individual emerging substances and their mixtures, together with information on the efficiency of water treatment technologies for drinking and wastewater. Also decentral technical and non-technical mitigation methods were included, as requested by a part of the stakeholders. To fulfil these requirements several parameters are included in the DSS; general substance information (description, physical/chemical characteristics and legislation), hazard (toxicity), water cycle entrance with the associated mitigation methods, and if possible monitoring measurements to give a more accurate assessment of the toxicity (Figure 1). 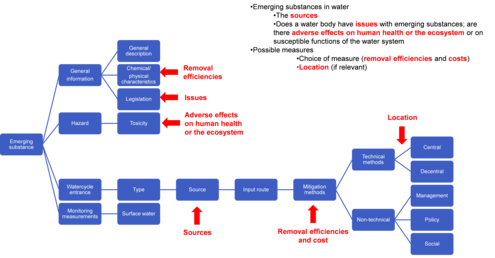 Figure 1.   Diagram of information included in the DSS.

Scientific relevance
The DSS aims to be the link between the scientific knowledge available and the people that need to use this not always easily accessible knowledge in their daily work to make better and more informed decisions. As such it is not only scientifically relevant, but it is actively making science relevant outside the scientific community.

Social relevance
When the DSS is completely developed and working adequately it will lead to more informed decision-making throughout the whole water cycle and a more effective and uniform way of managing emerging substances in the water cycle.

Literature
Houtman C.J. (2010) Emerging contaminants in surface waters and their relevance for the production of drinking water in Europe. J. Integr. Environ. Sci. 7(4), 271-295.