Daniel from Indonesia started his Phd project in October 2016 under the supervision of Prof. Luuk Rietveld and Dr. Saket Pande. He got funding from Indonesia Endowment Fund for Education (LPDP) for his PhD project. His project is about “household water safety plan: a comprehensive approach in improving water quality at household level”.

Daniel studied chemistry in Institut Teknologi Bandung (ITB), Indonesia and continued his master in IHE Delft, specialized in the field of environmental science and technology. During his master thesis, Daniel worked in the collaboration project between IHE Delft and Swiss Federal Institute for Environmental Science and Technology-EAWAG, Switzerland. He went to rural Nepal for collecting water quality data at household level and also contributing to the behavioural study focusing on adoption of household water treatment by low-middle income people.

In his PhD project, Daniel tries to model the adoption of household water treatment in developing countries. As part of his project, he conducts a field work in rural area in Indonesia in 2018-2020. The field work is divided into 3 main parts: baseline survey, one year intervention, and post-intervention. In the baseline study, Daniel conducts a household’s interview, which inspired by psychology model called RANAS, and risk assessment of water management at household level. Afterwards, interventions which targeting sensitive psycho-social factors will be conducted in order to reduce the risk of waterborne disease among the target group and will be followed by the post-intervention study to see effectiveness of the intervention.

Daniel is very enthusiastic about the issue of household water treatment in low-middle income countries and behavioural research in general. Daniel is open for collaborations, especially during his field work in Indonesia. More information or any questions related to his research can be addressed to his email address.

Since providing the consistent (24 hours), accessible (located on premises), and reliable (safe) drinking water in piped distribution scheme is “very complicated” in low-middle income countries setting, household water treatment (HWT) is globally recognised as the recommended approach to tackle, especially, the issue of safe drinking water at household level. However, studies found that many people do not use it regularly and correctly.

Thus the adoption of HWT becomes a central issue in all HWT interventions in low-middle income countries. In this research, Daniel will focus on modelling the adoption of HWT, meaning that He will mainly focus on changing people behaviour. A psychology model, called RANAS, will be used as the theoretical concept to build the model.

However, another issue that arise is (re)contamination which come from household’s water management or hygiene practice. So, he will try to combine the analysis of human behaviour and the risk assessment of hygiene practice to develop better intervention strategies to minimize the risk of contamination in drinking water.

Thus He proposes a framework, called household water safety plan (HWSP), which is an extension of Water Safety Plan (WSP) to household level. In general, the concept of HWSP is similar to WSP. While WSP consider the whole system water intake up to the point of collection, HWSP is focused on managing water at the point of consumption. But, HWSP consider the role of behavioural change intervention and hygiene practice. Thus, HWSP and WSP are complementary to each other and can provide multi-barrier prevention for maximum health gain. 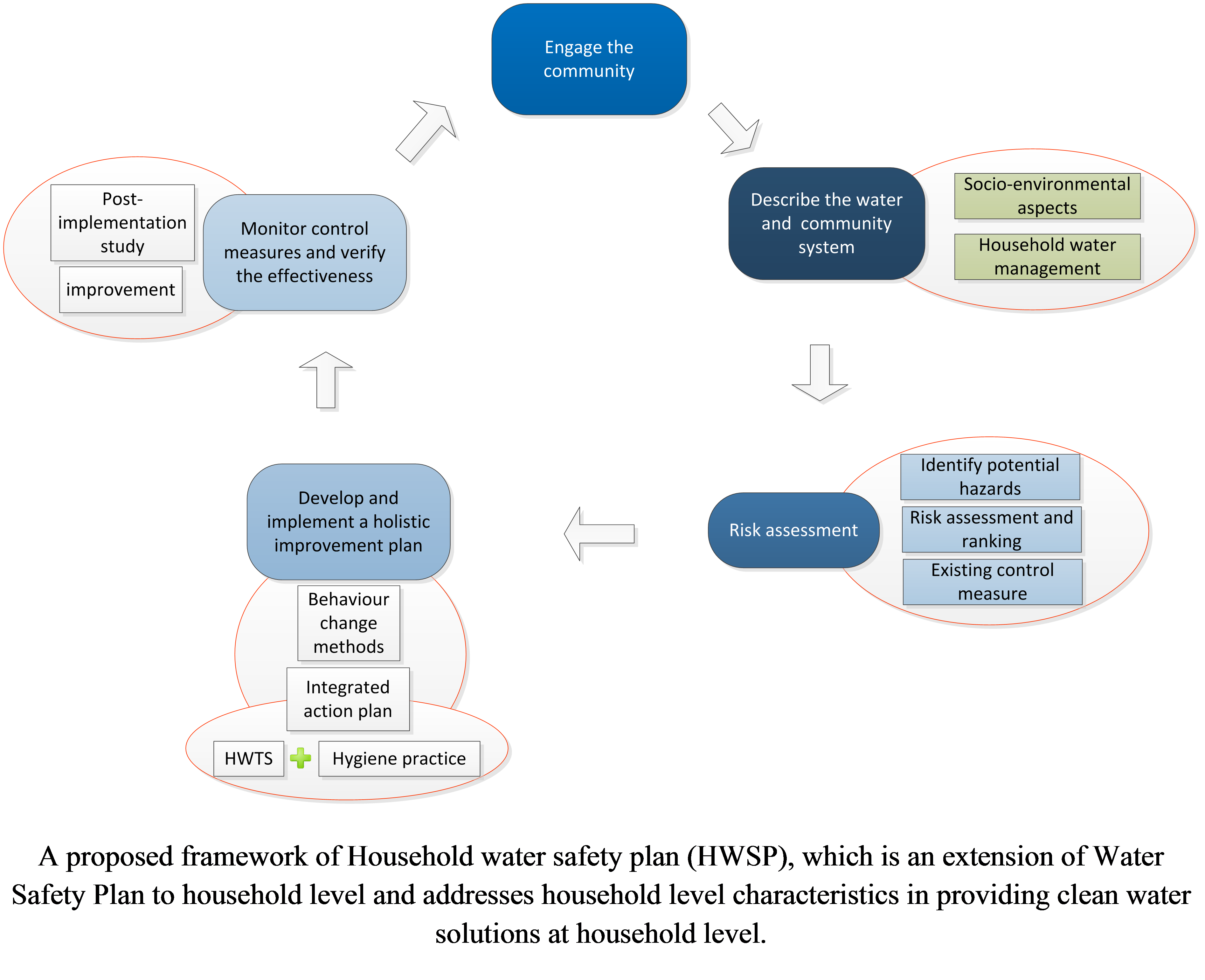 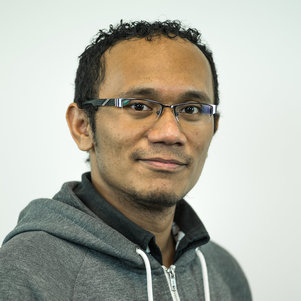