Jules van Lier is full professor “Wastewater Treatment /  Environmental Engineering” at the Section Sanitary Engineering of Delft University of Technology, with a 0.2 fte posted position at UNESCO-IHE. He received both his MSc and PhD from Wageningen University, The Netherlands, and is specialized in Anaerobic Treatment technology. He (co-)published over 200 scientific publications in peer reviewed journals and over 400 publications in conference proceedings and scientific books from 1988 onwards.

His research interest comprises the development of cost-effective technologies for (waste)water treatment, recovering resources such as water, nutrients, biogas, elements from waste streams. Research projects are focused on closing water cycles in industries and sewage water recovery for irrigated agriculture. He promoted 17 and co-promoted 5 PhD students and is supervising 18 PhD students at this moment.

From 1988 – 2008 he was working at Wageningen University, where he obtained an appointment as part time professor in Anaerobic Treatment Technology in 2005. In the period 1997 –2005 he also was director of the Lettinga Associates Foundation (LeAF).

Jules van Lier chaired the IWA Anaerobic Digestion Specialist group between 2001 and 2009. In 2011 he became nominated member of the IWA Fellow program. He is associated editor of the scientific journals Water Science Technology.

Wasted used waters require adequate treatment prior to discharge for the prevention of environmental pollution and the protection of human health. Treatment efficiency, energy efficiency and cost-effectiveness are important criteria determining technology choice. However, currently, the views on wastewater are changing, recognising the value of resources that were formerly denominated as pollutants. Used waters from households and industries carry resources of quantitative interest, such as energy, nutrients, non-defined organics, salts and of course the water itself. For organically polluted streams, anaerobic treatment technologies stabilise the discharged waters, meanwhile the organics are converted to energy-rich biogas. However, instead of biogas, the organics in specific waste streams may be converted to chemical building blocks for the bio-based economy, e.g. volatile fatty acids. More concentrated streams are converted in solid state digesters in which novel technologies further explore the enhanced methanation of refractory substrates by enhanced hydrolysis processes. Other technologies focus on upgrading the biogas to natural gas and conventional digester systems are coupled to membrane technologies for process intensification and effluent quality improvement. In various PhD researches, anaerobic technologies are being further researched in cooperation with leading Dutch technology providers. Subsequent water reclamation is of worldwide interest, particularly in those applications were the reclaimed water may replenish depleting water resources or where competitive water claims can be prevented. Large water reuse applications are even at full scale in The Netherlands.

In the urban sector, reclamation of water and other resources is of increasing interest. Centralised solutions are being developed, whereas decentralised applications are further explored. The multiple water use approach may give an answer to the ever-increasing concern of accumulating micro-pollutants in the environment.  PhD students are researching cost-effective reclamation technologies as well the transport systems that could be used with separately collected, or up-concentrated, slurries. Science, engineering and mathematical modelling are the general approaches use in our research. 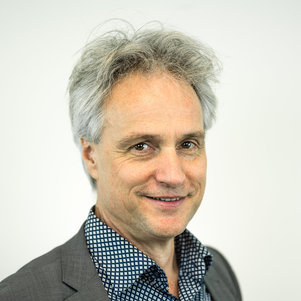