My research at Delft University of Technology covers the entire spectrum of hydrological data: sensor design, processing of data streams and incorporating data in models for predictions.

MacGyver science
The honorary title of MacGyver scientists was bestowed upon me by colleagues because of the work I did in using a existing technology in a new and innovative way to measure the earth’s weather and climate. I like to take apart machines and see what I can do with the components in it. The results of this MacGyvering, or tinkering, is proof of concept testing of new measurement devices. This is reflected in the subject of my PhD thesis: “New Observational Tools and Datasources for Hydrology. Hydrological data Unlocked by Tinkering”. I successfully defended my PhD thesis in 2013.

I apply this MacGyvering attitude in my teaching: I teach a class in which civil engineering undergrads have to build their own sensors using arduinos and whatever they can find at home and arduino’s.

Global Water Prediction: eWaterCycle
The eWaterCycle project will build an operational hyper resolution (1 x 1 km) global hydrological model. See the movie below for a taste of what will be possible using this model. Within the eWaterCycle project, I work on data assimilation: the science of combining model output and measurements in an optimal way to generate accurate predictions. The model will be assimilated with measurements collected on the ground and by satellites. Because the main computational bottle neck for this development is the memory directly accessible by the CPU's, a special data assimilation algorithm will be developed in order to keep model development scalable.

Trans-African-Hydro-Meterological Observatory (TAHMO)
Monitoring Africa's environment is an important challenge if the continent's resources are to be used in an optimal and sustainable manner. Food production and harvest predictions would profit from improved understanding of water availability over space and time. Presently, the African observation network is very limited. National governments and regional planners do not have the data to make proper decisions regarding investments in water resources infrastructure.

The idea behind this project is to build a dense network of hydro-meteorological monitoring stations in sub-Saharan Africa; one every 30 km. This asks for 20,000 of such stations. By applying innovative sensors and ICT, each station should cost not more than $500. The stations would be placed at schools and integrated in the educational program. The data will be combined with models and satellite observations to obtain a very complete insight in the distribution of water and energy stocks and fluxes.

My role in the TAHMO project entails the supervision of students that work on TAHMO for their MSc of BSc thesis.

I got my Bsc and MSc in physics at Delft University of Technology. The topic of my MSc thesis was “Cochlear modeling as time-frequency analysis tool” (published in Acta Acoustica, see publication list). During my MSc years I did an internship with fellow students in Kenya, where we investigated the flow of groundwater around sub surface dams. This brought me in first contact with the water resources management group of the civil engineering faculty of Delft University of Technology. After finishing my MSc thesis, I started working part time for this group, starting my PhD. I also work part time at Statistics Netherlands, the National Statistical Institute of the Dutch government. There, I work in the department that collects, orders and publishes statistics on the amount of people living on social welfare, unemployment- and disability-benefits (and their backgrounds) in the Netherlands.

Ertsen, M. and Hut, R., Two waterfalls do not hear each other. Sand-storage dams, science and sustainable development in Kenya, Physics and Chemistry of the Earth, Parts A/B/C 34, 1422, (2009).

My research revolves around developing and applying models to predict water quantity and quality of hydrologic systems, such as rivers, soils and aquifers. These models combine data with available knowledge of the physical and chemical processes involved. Over the years I have worked on different applications, including salinity in irrigated agriculture, conjunctive use in irrigated agriculture, groundwater remediation using reactive barriers, and rainfall-runoff modelling. As no model or dataset is perfect, model predictions should be accompanied by a characterization of prediction uncertainty , a research topic that I’m currently focusing on.

I co-teach Water Control (Waterbeheersing), a third-year Bachelor course in Civil Engineering. The course deals with the design of various water control measures, such as hydraulic structures in canals, surface and subsurface drainage systems, and groundwater pumping. Focus is on simple mathematical models to compute water flows in surface and subsurface hydrologic systems, as a prelude to more advanced courses in the MSc Water Management program. 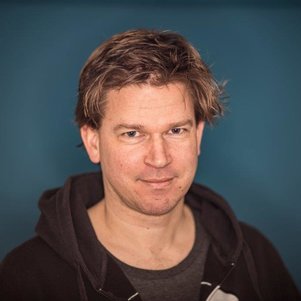