This research focusses on the development of a more robust control method that makes full use of the predictive information and at the same time limits the effect of prediction errors on the system performance. 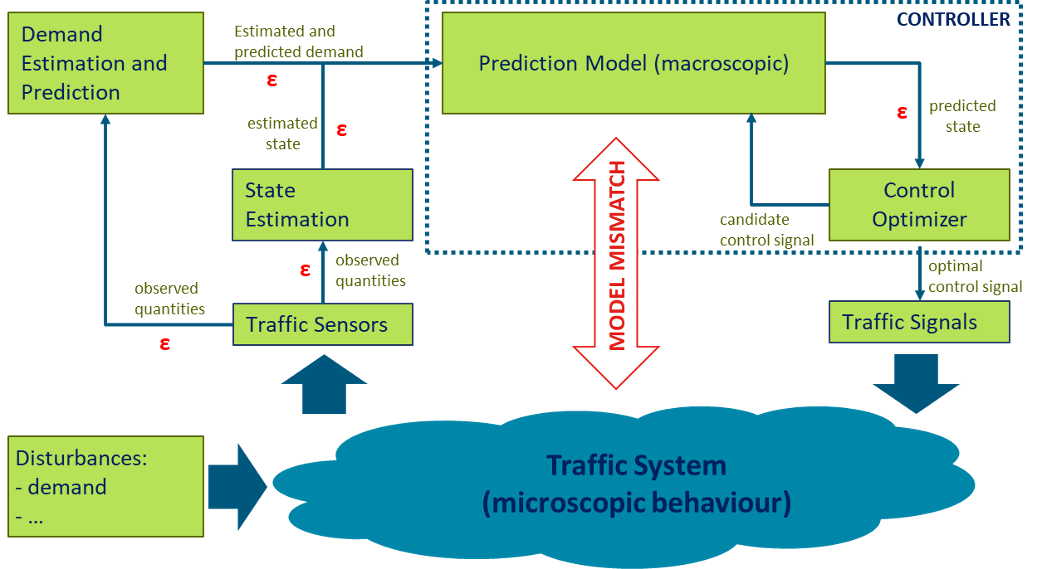 Predictive traffic light control system with errors arising in each of its components.

To this end, a sensitivity analysis framework is developed in a microscopic simulation environment to study the effects of prediction errors on the system performance of predictive traffic light controllers. A sensitivity analysis for prediction errors is performed for different predictive traffic light controllers with increasing adaptivity levels, from cyclic till structure free controllers, on an isolated intersection and a small corridor of multiple intersections including blocking back effects. The sensitivity analysis results are used to set up design guidelines for predictive traffic light controllers. Based on these guidelines, a more robust control method is developed that makes full use of the predictive information and at the same time limits the effect of prediction errors on the system performance.

While cycling is widely encouraged as mode of transport, the infrastructure of urban areas is struggling to cope with the growing volume of bicyclists resulting in congestion and discomfort for cyclists. Finding a solution to minimize the delay is however complicated, because the scientific knowledge is lacking on cycling behavior and how to model bicycle traffic.

This project provides new insights into bicycle traffic flow by observing and analyzing cycling movements both in a real-life setting and the setting of controlled experiments. Bicycle traffic is described on the macroscopic level by examining the relation between the aggregated variables density, speed and flow rate under different traffic situation, e.g. intersections and path narrowings.

A selection of the results are that intersection capacity increases when cyclists queue up closely together, that the capacity of a bicycle path drops after the onset of congestion, and that mixed bicycle—car traffic can be modelled by using mode-specific speed functions. 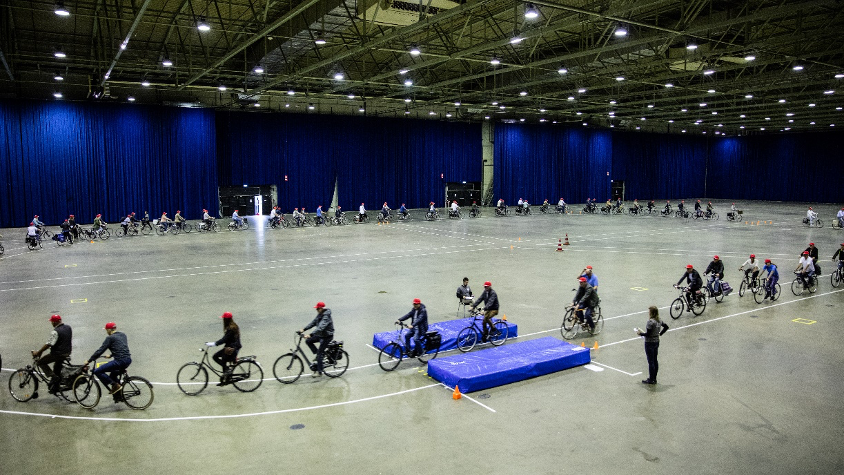 On multilane motorways, disproportionate usage of one or more lanes leads to congestion setting in on heavily used lanes while spare capacity is still available on other lanes. Unequal lane distribution is usually a consequence of the lane changing (LC) behaviour of drivers. Empirical studies have highlighted the influence of LC manoeuvres on oscillations, queue formation and resultant capacity drop in motorway traffic. Lane-specific traffic control which can influence the LC behaviour is a possible solution to improving the traffic flow efficiency on multilane motorways. Since traffic control measures are usually evaluated without taking into account the difference in traffic over the different lanes, they cannot be expected to solve the onset of congestion due to the disproportionate use of the lanes. This research aims at making the step from roadway to lane-specific traffic flow control with the objective to develop control measures which influence the LC behavior of traffic on motorways and evaluate their impact on traffic flow efficiency. The impact of the identified lateral control measures on traffic performance are evaluated for both homogenous as well as mixed traffic consisting of regular human driven and intelligent vehicles.

This research is a part of the ‘Taking the Fast Lane project’, which is funded by Applied and Technical Sciences (TTW), a subdomain of NWO. 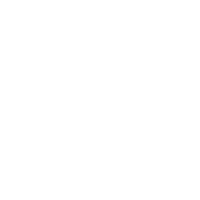