Jennifer Scott: “Go out, just try, and take advantage of opportunities when you can” 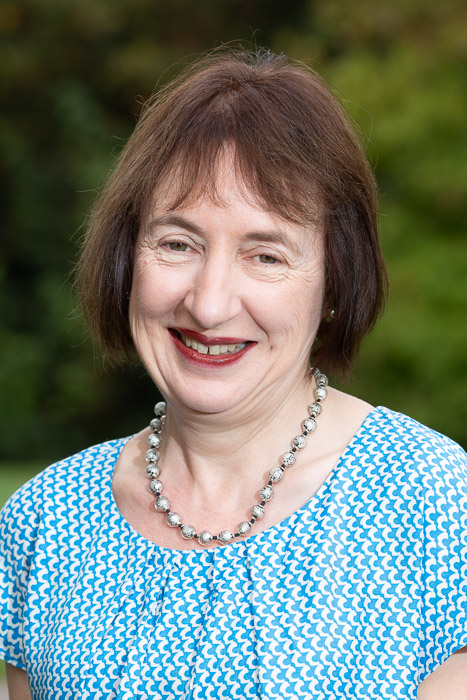 After completing her DPhil in Oxford in 1984, Jennifer Scott was awarded a Junior Research Fellowship at St. John's College, Oxford. This was followed by a position in the Theoretical Physics Department of the National Radiological Protection Board (now Public Health England) in south Oxfordshire. In 1987, Jennifer joined the Numerical Analysis Group at the Harwell Laboratory. The Group moved to the Rutherford Appleton Laboratory (RAL) in 1990. In 2007, she became the Group Leader, a role she continued until 2018 (with the Group changing its name to the Computational Mathematics Group in 2017). In 2011, Jennifer was awarded an STFC Individual Merit Research Fellowship. Much of her work at RAL has been funded by EPSRC mathematics research grants.

Jennifer is a major contributor to the internationally renowned HSL mathematical software library. She has published over 80 research papers in leading academic journals.

Could you tell me which topic you are working on at the moment?

Over the last five years, I’ve been working on solving large-scale linear least-squares problems. We started this project by studying existing methods for solving these problems. This led to developing new algorithms and new software.

We conducted a large survey of numerical methods to solve large-scale problems. This led to developing new algorithms and new software.

I have spent much of my career researching methods for solving large-scale linear systems of equations and, in particular, I have worked on sparse direct methods. In recent years, I've become more interested in looking at using techniques from direct methods to help develop preconditioners. Mainly general purpose preconditioners, rather than preconditioners for particular applications. Obviously, general purpose ones won't necessarily be the best for a particular problem, but it is a realistic starting point for making software available. If a user doesn’t know much about their problem, then they need to have tools available that they can try.

The emphasis our Group has always had on writing software that's publicly available is one reason why it has been successful in getting quite a large amount of grant money: the software gives an immediate input into talking about the impact of your work. And as there are lots of applications that rely on linear systems, we've got lots of users. That really helps in being able to say that what we're doing is relevant.

Can you describe how your journey went from your PhD to your appointment now at the University of Reading?

After I completed my PhD in Oxford, I worked there as a Junior Research Fellow for 18 months and then took a job at the National Radiological Protection Board (NRPB), now part of Public Health England. I developed a mathematical model for the human eye to study the effects of infrared radiation and I learned how finite element codes work in practice. That was really interesting and the papers I wrote during that time are still my most highly cited papers, probably because they are an early example of developing an effective mathematical model of the human eye.  This was my first introduction to sparse matrices and the need to solve large scale linear systems of equations.

I wasn’t at NRPB very long because another opportunity came along. I decided to enter the Leslie Fox Prize for Numerical Analysis. Although I didn’t win, I was a runner up and this helped me get noticed in the numerical analysis community and I was subsequently offered a position in the Numerical Analysis Group at The Harwell Laboratory, which was located in south Oxfordshire, right next to NRPB. This was a very strong group, led by Iain Duff, a leading expert in the field of sparse direct methods. The Group subsequently moved to the Rutherford Appleton Laboratory (RAL); I have been there ever since. It's now called the Computational Mathematics Group. As we are not part of a university, we don't do regular teaching, but instead we have focussed on research and developing mathematical software. I think it’s difficult to do teaching  research, as well as high quality software writing and maintenance: there just isn’t enough time for them all!

That makes for a varied life, being at the lab writing software, doing research and then being responsible for the PhD students as well.

But now, for the last four years, you are in a University, does that mean you have to do research, software, and teaching?

I now have a two positions: I spend two days a week at RAL and three days as a professor at the University of Reading. At Reading, I run a doctoral training centre in the Mathematics of Planet Earth. The centre is joint with Imperial College London. It makes for a varied life, being at RAL doing research and writing software and then being responsible for a PhD training programme that involves organising seminars, visitors, internships, summer schools, and so on.

Was it always your ambition to have an academic position?

No, not really. As is common, we faced the problem of needing two jobs. My husband is an engineer and, after graduating, he started his career at the Harwell Laboratory. So being next door at NRBP and then at Harwell and then at RAL (which is also on the same site as Harwell) was ideal. My position at RAL has allowed me many of the advantages of an academic life as the Group publishes papers, gives seminars and talks at conferences and workshops etc.  I didn’t apply for other positions after joining the Numerical Analysis Group, so getting a job in Reading in 2016, was unexpected.

I hadn't thought, at that stage of getting towards the end of my career, that I would ever have an academic job.

A key reason I didn’t apply for anything else earlier was that moving wasn’t really an option as we had children (grown up now) and, most importantly, I was happy doing what I was doing and was not motivated to look elsewhere. A work life balance is definitely important to me. I worked part time for many years, until my youngest child was about 15. I essentially worked school hours, allowing me to see the children to school, go to work, and collect them when school finished.

Maybe it was different in the place you were working, but I think, in my university, it is not really common to work part time. What is your experience?

No, it was not common. I think it is becoming much more common as the need for flexibility to accommodate different lifestyles and responsibilities is appreciated more. The pandemic has shown the importance of accommodating, where possible, different working patterns. But back in the early 1990s it was less usual for men to take a really active role and disrupting their careers for children. That has much improved now.

Have you ever faced any other experiences being a female, either negatively or positively?

I've been very fortunate that numerical linear algebra is a community in which there has been a reasonable number of women for quite a long time. I remember when I was a PhD student going to a conference, which was relatively small, and being the only woman there; I wouldn't have liked to have worked in that kind of environment forever.

It can still be difficult for women. For a number of years, I was part of the London Mathematical Society Women in Mathematics Committee. We worked on raising awareness regarding gender equality, for example, ensuring women are included on the list of invited speakers when organising conferences. But also taking one step back, and including women in the organisation committee. I think it's in everybody's interest to broaden things out, and hopefully this is happening more now.

I think you should just try and take advantage of networking opportunities, going to conferences, giving talks, when you can.

Do you have any advice to encourage women from my generation? In my department, our PhD group is really well mixed. But as soon as you look at the level of Assistant and Associate Professor or Professor, this quickly fades. It seems there is still a barrier between these two layers. Is there something we can do about it?

It is very difficult. We have the same situation in the UK, with women dropping out at every stage of the academic career path. I suppose at the stage of going from PhD to postdoc, it's really about women having the confidence that they can do it. I’m talking now in very general terms, but when viewing a job specification, the male tendency is to look at the things they can do and to feel confident about applying, while the female perspective can be to look at the things that they can't do and feel that they're not qualified for and so are discouraged from applying. You can't normally appoint someone if they don’t apply.  So women need to be encouraged to apply and to seek out opportunities.

Another reason why women in particular may be put off by the academic life is the difficulty of initially not having long term security: getting a permanent job is hard. That certainly put me off as I wanted a secure position before having children.

You have shared some very valuable lessons already. Is there anything you want to conclude with? Any lesson in particular that you have learned that you want to share?

That's a tough one, but I think you should just try and take advantage of opportunities when you can. It maybe gets easier as you get older, but I have never found it at all easy to put myself forward and to socialise, for example, at conferences. It is important to build a network with people in your research area, but some people find this harder than others.

Which is ridiculous really, because everybody is generally sympathetic and wants to find out what you're doing. You really have to get out there and have confidence to do it. After all, the world won’t come to an end if you answer a question wrongly!  It is important to get to know the experts in your field and so you should exploit opportunities to meet people, to go to conferences, and to present your work.