During natural disasters, such as an earthquake, people make choices: should I stay or leave? Should I walk or take the car? These choices have an impact on the number of people injured or killed. To explore the factors that influence these choices, doctoral candidate Mignon van den Berg worked with Japanese researchers from the National Institute of Informatics in Tokyo on the development of the serious game ‘Everscape’. Mignon van den Berg will be awarded her doctorate at TU Delft on Monday 12 December.

People arrive on an unknown island by helicopter and then make their way to a concert elsewhere on the island by car. The 25 participants in the experiment sit at computers, simultaneously playing the serious game Everscape: an earthquake takes place during the concert, and they are forced to evacuate the island by helicopter as quickly as possible. Via a news report on video, the players receive more information about the time a tsunami is approaching, the helicopter departure time and possible escape routes.

‘Almost everyone survives’, explains Mignon van den Berg. ‘What's great about a serious game is that you can conduct research in a controlled environment. You do not literally have to put people in difficult situations in order to monitor their choices. Because the participants were playing the game individually and also simultaneously, I could see how they influenced each other: how they observed each other's behaviour and based their decisions on that. If people do not have information, such as a news report, they tend to follow other people. That's the information they have at that time. If, for example, three of the five people near you leave, you will often decide to leave yourself.’ 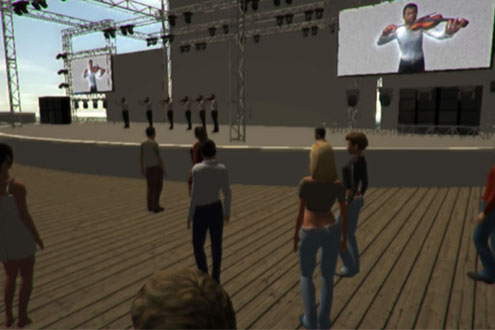 A more important factor in determining whether to leave is information, and especially the instructions that go with it. Van den Berg: ‘Almost immediately after the earthquake, participants received official information and instructions in the form of a news report. They then decided to leave using the options provided. After the game, one participant asked: ‘I wanted to escape up a mountain, but decided to take the train after all. Was the mountain an option?’ In the game, it was indeed possible to escape to a mountain, but people still appear to go by the information that they have. If there is no official information or instructions, people are therefore inclined to follow others.’

This urge to follow others is difficult to influence. Van den Berg: ‘In evacuation situations, the circumstances are often unexpected. This makes it possible that those who make unsafe decisions are the ones who are followed. This results in an undesirable and even more dangerous situation. It is therefore important for there to be well-trained security staff and emergency services at busy events to direct people in the event of a major emergency.' 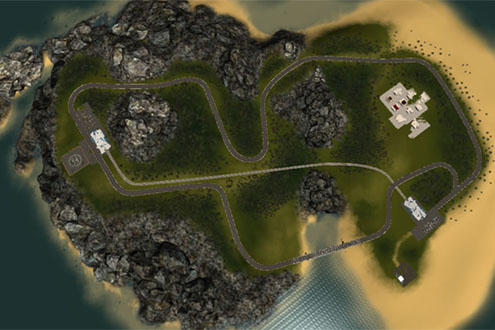 ‘Colleagues in Japan helped to develop the virtual environment for Everscape. It was their idea to use an earthquake and tsunami as the scenario for research. The questionnaire revealed that participants found it to be a realistic case, despite the island being fictional. However, I am still interested in finding out how people behave in an environment that they know or how they react if they have already experienced a natural disaster. These are all interesting cases for further research.’