Ruisdael Observatory: Understanding the future of our atmosphere

In 2015, the Royal Netherlands Academy of Arts and Sciences (KNAW) called for ideas for major research facilities to help our nation to keep pushing back the boundaries of science. Professor Herman Russchenberg and his colleagues at the TU Delft Climate Institute did not have to think long and hard to come up with their suggestion: an atmospheric monitoring observatory covering the entire country. Named the Ruisdael Observatory, after the seventeenth-century painter Jacob Ruisdael, famous for his cloudscapes, this project will keep the Netherlands at the cutting edge of atmospheric science.

We still know surprisingly little about what exactly happens in the earth’s atmosphere and how that behaviour is changing. “The great challenge facing the atmospheric sciences,” says Herman Russchenberg, Professor of Atmospheric Remote Sensing and Director of the TU Delft Climate Institute, “is how to make highly detailed local predictions in the short term. Our current models work with grids a kilometre in size, but most atmospheric phenomena play out on a far smaller scale.” This means that scientists have to make a lot of assumptions about the state of the atmosphere. To overcome that limitation, they need to be able to measure and model the small-scale phenomena. Which at present they can only do for some subprocesses. 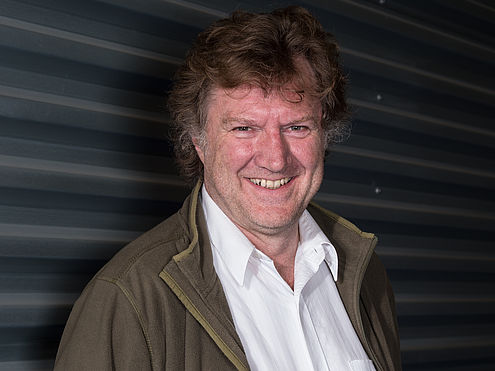 Perhaps paradoxically, in order to measure the atmosphere you need to start in the ground with parameters such as soil humidity and temperature. The nature of the soil itself is also important. “Drive the length of the Netherlands from Maastricht to Groningen,” Russchenberg explains, “and you encounter all kinds of roads and buildings and all sorts of different vegetation. All with their own effects on such processes as how sunlight is reflected or rain evaporates. It even makes a difference whether grass is growing on clay or peat. But we still have no national database of this kind of thing.”

“As for the atmosphere itself,” Russchenberg continues, “we want to measure thermodynamic units like temperature, wind and humidity, but also its chemical composition. We’re talking about greenhouse gases like carbon dioxide, about exhaust fumes, and about emission gases like nitrogen dioxide, ammonia and sulphur dioxide.” These produce aerosols – tiny particles of dust – around which cloud droplets can form. “And we need to measure those droplets,” says Russchenberg, “as well as the rain produced by the clouds. Not to mention radiation, because clouds and radiation influence one another as well.” The new observatory’s measurements would thus begin a metre below ground and extend up to an altitude of some 12 kilometres. In other words, they would cover the entire troposphere – the atmospheric layer which determines our weather.

Russchenberg and his colleagues plan to create a dense network of measuring points, covering the entire country and “combining sensors in or on the ground with all kinds of scanning equipment to monitor such phenomena as clouds, radiation and dust distribution”. They are tracked using remote sensing systems like radar and laser-based lidar – the same techniques as meteorologists use to detect rainfall. Some of the technologies required are already available, but combining a whole chain of processes to enable measurements accurate to 100 metres up to 12 kilometres above the surface of the earth is a challenge on a whole new scale. “Over the next few years,” says Russchenberg, “we’re going to start by linking up existing measurement networks operated by organisations like the Royal Netherlands Meteorological Institute (KNMI) and the National Institute for Public Health and the Environment (RIVM). Then we want to expand even more, with additional measurements and new measuring stations.”

One possible option in built-up areas is to install equipment on tall buildings, like the local radar station in Rotterdam used to monitor rainfall across the Rhine estuary. Another is to make use of existing sensors. Even mobile telephone masts can help. “When it rains between masts,” Russchenberg explains, “their signals weaken. By measuring that drop in strength, you can tell how hard it’s raining.” Yet another possibility is crowdsourcing data. The KNMI operates a national network of scientific-quality weather stations, but all across the country there are also thousands of private individuals with amateur stations in their gardens. “In the future we could combine these to form a scientific backbone providing properly validated and controlled data; this crowdsourced information would be used to add detail or fill in gaps.” To do this, however, will require some clever work to harmonise all the different forms of input, as well as new equipment to collect data not currently being measured. 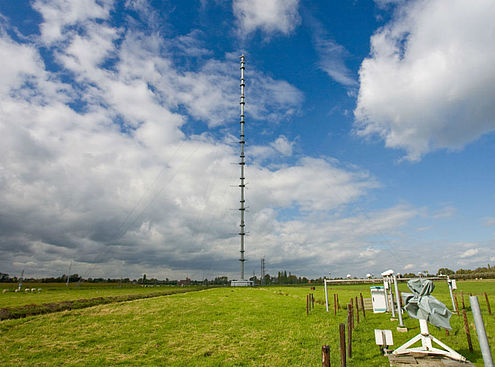 The KNMI observatory at Cabauw could provide the ideal testing ground for this. “It has a lot of different instruments on one site,” says Russchenberg, “so you could test out all kinds of techniques and look at how to co-ordinate everything.” As he also points out, the challenges are not confined to the measuring side. “Our models aren’t yet detailed enough, either, although we’re achieving higher resolutions all the time.” The main bottleneck here is computing power. “We’ve already shown that it’s possible to simulate the atmosphere at a resolution in the order of 100 metres. So you could, for example, reproduce the complete map of the Netherlands with all its clouds. What needs more work over the next few years is making the technology faster. But in principle it can be done.”

Feeding all the measurement data into high-resolution models of this kind should eventually bring us a better understanding of what happens in our atmosphere. “We still don’t really properly understand the transitions from the micro to the macro,” Russchenberg continues. “For example, that process whereby a trace of gas in the atmosphere forms a particle of dust that turns into a cloud droplet and eventually becomes rain. Scientists are looking at all the subprocesses, but building up a complete picture remains a challenge. For example, we still understand very little about the interaction between the atmosphere and the biosphere.” The new Ruisdael Observatory is set to change that. By combining a national monitoring network with sufficient computing power and detailed models, it should enable research into small-scale phenomena in the context of large-scale atmospheric systems. Something which is not yet being done anywhere in the world.

The future of the atmosphere

Dutch atmospheric scientists are backing the plan en masse. “It may be a Delft initiative,” says Russchenberg, “but the whole scientific community is behind it.” Which is hardly surprising, given that one common theme unites all the atmospheric sciences: “As we add gases to it, our atmosphere is changing. That’s triggering all sorts of processes, which we simply don’t understand yet. So we don’t know what our atmosphere will look like in the future. But the changes will have repercussions for our climate, our weather and the quality of our air. All of us are therefore trying to understand the future of the atmosphere.”

This scientific knowledge should also us provide us with much more accurate weather information. And according to Russchenberg, there are plenty of reasons why we need that. To start with, to improve general forecasting. Meteorologists believe that what we still call extreme weather, like the storms which recently brought giant hailstones, flash floods and fierce squalls to the Netherlands, is something we are going to have to get used to. “We’ve been saying for years that this was coming,” Russchenberg declares. “Well, now it’s here. At the moment we can see that downpours are on their way, but we can never say exactly where they’ll fall. With extreme weather, our forecasts need to be more accurate. For everyone.” 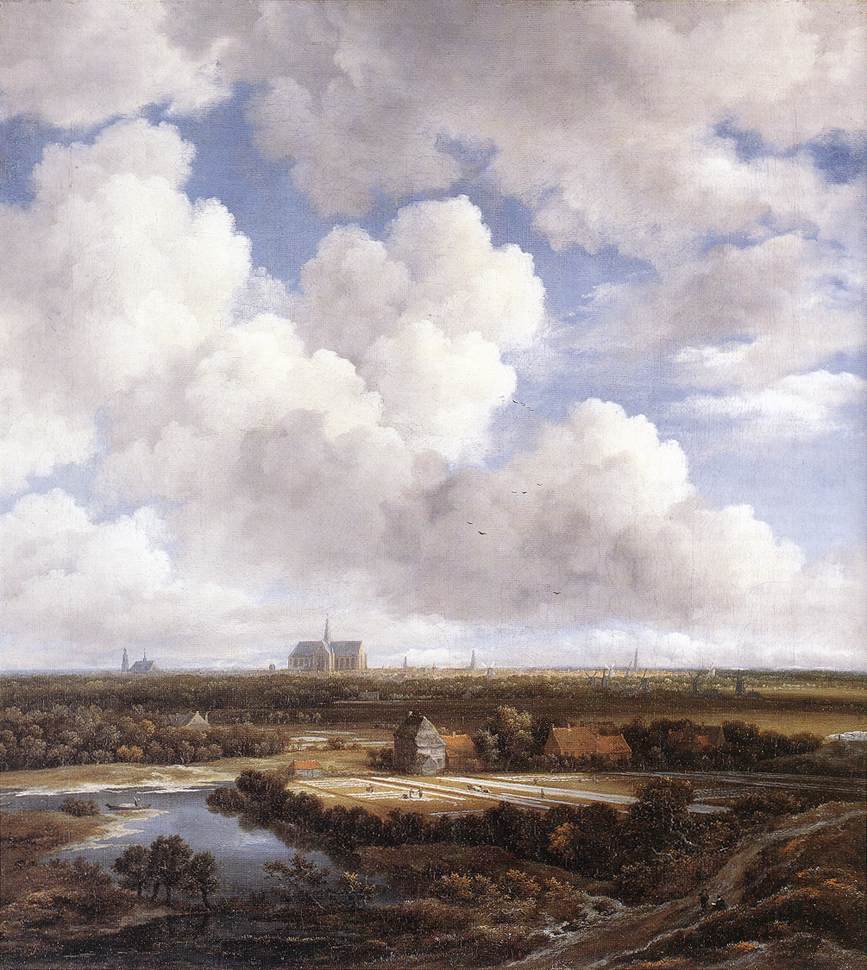 Professional users will also benefit greatly. “Take wind energy providers,” says Russchenberg. “At present they have to declare one day in advance how much power they’re going to supply. If they deliver more than they’ve promised, it goes into the market for nothing. If they fall short, they’re fined. So they need very accurate forecasts of the wind conditions at a particular altitude. That pays off immediately, with more precise information meaning higher earnings. Exactly the same goes for sunshine and solar energy providers.” Cities, too, have a lot to gain from better weather information. Not just for safety reasons, but for local water management. “If you can predict a downpour likely to cause localised flooding, you can take preventive measures.” Much the same applies to air quality, as well. The warmer they are, the more susceptible cities are to smog. Improved forecasts can avoid sudden restrictions being imposed on motor vehicles. “You’d call this weather,” Russchenberg explains, “but in fact it’s all about the atmosphere. What we really need more and more are forecasts of atmospheric behaviour.”

What matters to the Netherlands is also important to the rest of the world. “Here we’re zooming on phenomena at the smallest of scales, that of molecules and dust particles, so that we can better understand interactions from there up to the scale of a hundred or two hundred kilometres needed to cover our nation. Once you do understand that, though, you can apply the same knowledge to models on a global scale. And what applies to us also applies to other countries. If we develop the first principles, others can use them in their own models of any part of the world.” The new Ruisdael Observatory should thus keep the Netherlands firmly at the forefront of global atmospheric science.