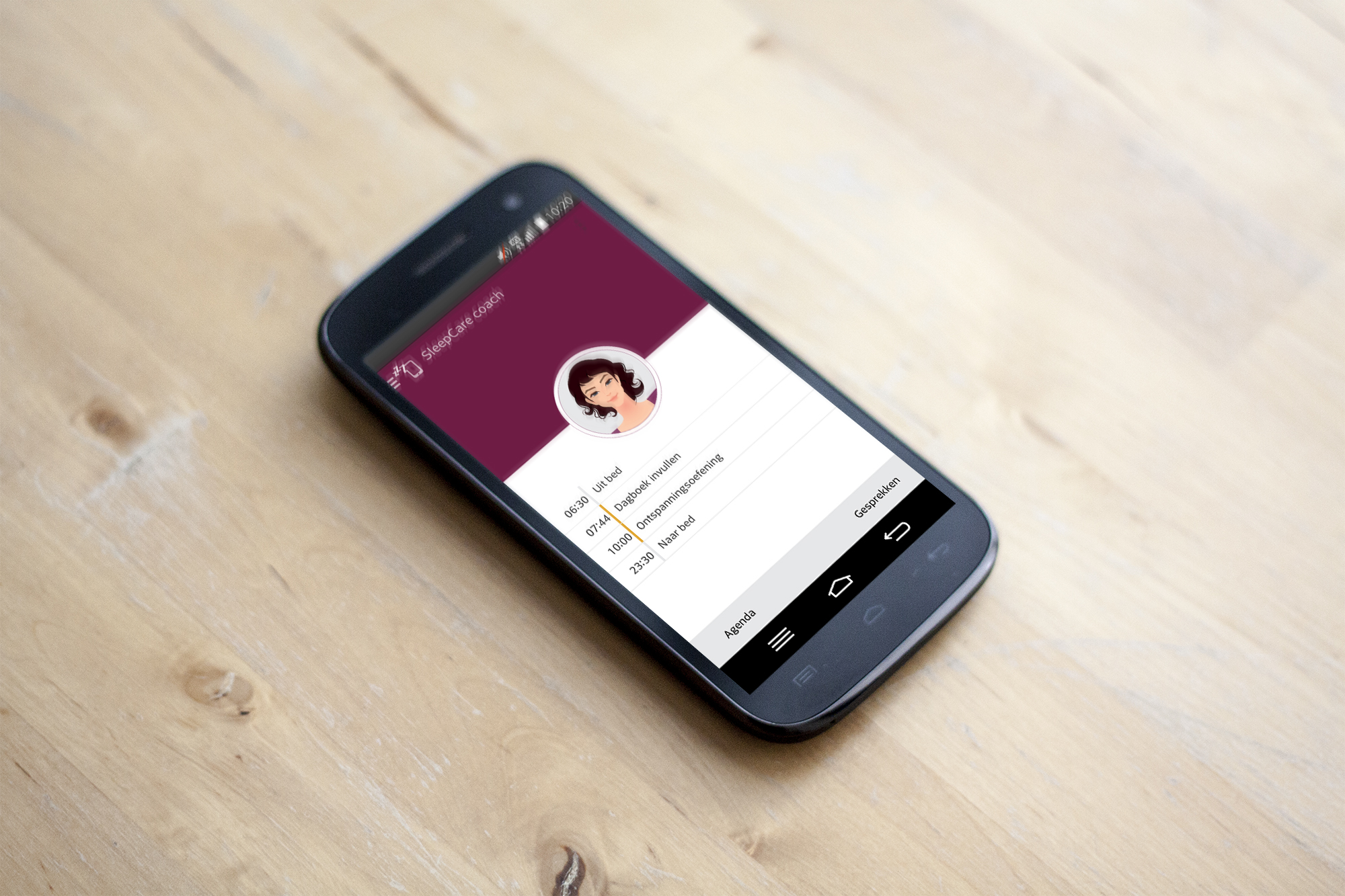 Around 10% of the Dutch population suffers from chronic insomnia. The conventional treatment is cognitive behavioural therapy, which includes sleep restriction and relaxation exercises. But access to this therapy is limited because there are too few sleep therapists to treat the large number of people who have problems sleeping. Patients also struggle to persevere with the therapy because they find it difficult to keep to the prescribed sleep times. Researchers at TU Delft, Utrecht University and the University of Amsterdam investigated whether the virtual sleep coach ‘SleepCare’ that they developed – a smart phone app for poor sleepers – is an effective solution.

Persistent insomnia can have a negative impact on health and quality of life. ‘That is why we wanted to gain a better understanding of personalised self-help therapy for sleep problems and the effect of virtual coaching on long-term behavioural change’, says Corine Horsch.

The scientists examined the effectiveness of the app in a controlled study. For this study, 151 people with chronic insomnia were divided into two groups. Of these, 74 were given access to the ‘SleepCare’ app over a six-week period and 77 were first placed on a waiting list. A clear reduction in sleeping problems was seen among the participants who used the app; people fell asleep more quickly and woke less frequently. These effects were still visible three months later.

The ‘SleepCare’ smartphone app is based on the existing cognitive behavioural therapy for insomnia usually given by psychologists. ‘The app does more than just record sleeping patterns; users also practised sleep restriction, relaxation exercises and sleep hygiene - all tailored to the user's daily life pattern’, explains Horsch.

A previous joint study had already demonstrated the expected positive relationship between therapy compliance and the effectiveness of therapy. Horsch recently discovered that an app with a computer-generated reminder can improve therapy compliance. Horsch believes that this finding will be important for the development of future effective innovations in the field of e-health. She emphasises the importance of a combination of behavioural sciences and technology research in this field. ‘If you expect people to start using new technologies, you need to continue to conduct research into how they deal with this new technology’.

Horsch's work has revealed new insights that are set to prove useful to designers and developers of e-health and other apps in the future. For example, the gulf between people's own levels of perseverance and the timing and content of reminders would appear to play a key role in whether or not to use an app. Horsch believes that the subject of therapy compliance requires more detailed research.

The app is currently only available for the research group with Android phones. The researchers hope that the app will be available on the market in the future.