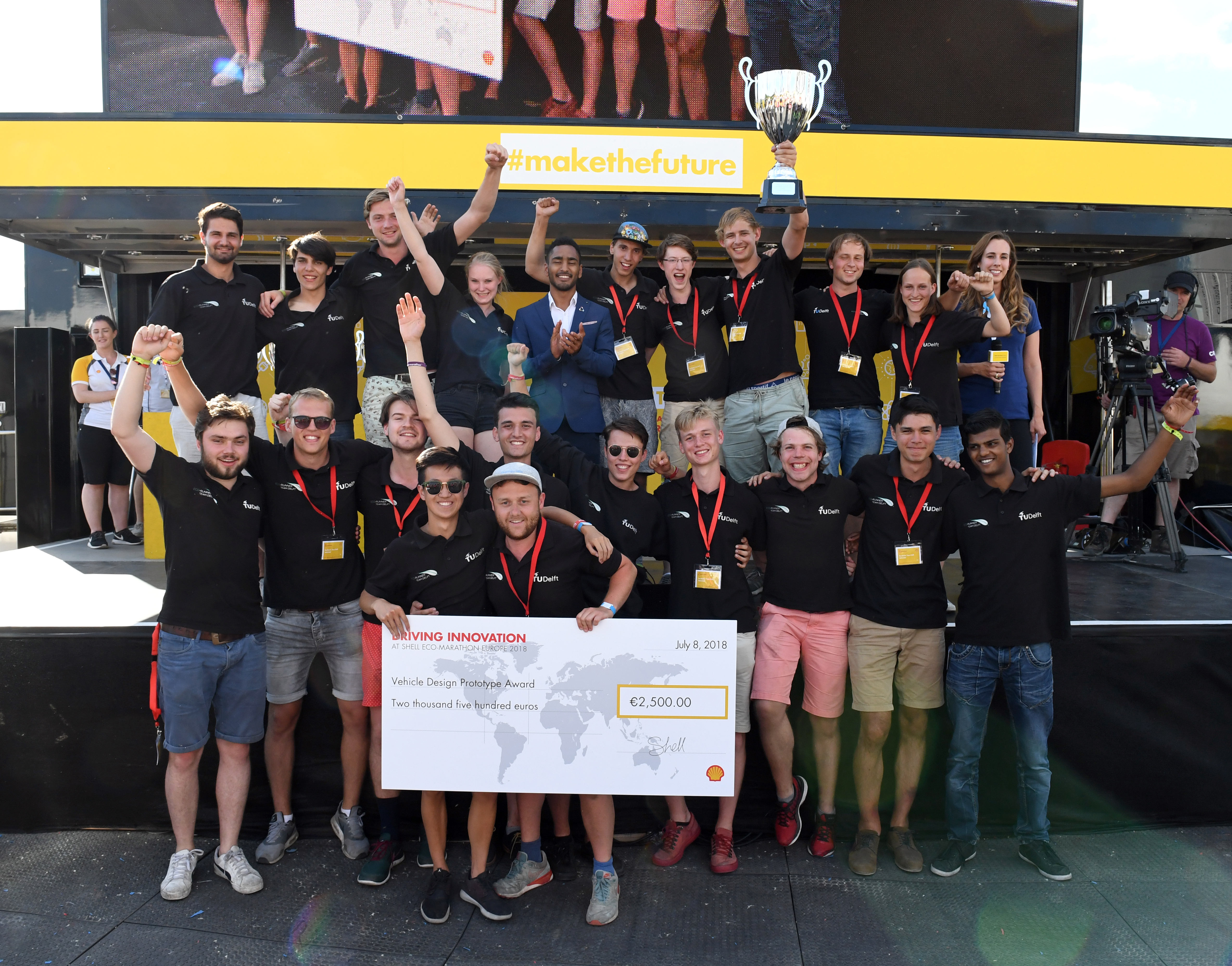 The Shell Eco-Marathon 2018 took place in London this weekend and a D:DREAM Team, Eco-Runner Team Delft, was there! Last year, the team was not satisfied with the results as bad luck followed them during the entire event. This year, however, the team performed much better by finishing third in class and winning the prestigious vehicle design award!

A statement from the team:

“On Saturday we were third in our class with a result of 454 km/m3. On the final day (Sunday July 8th), however, one of our competitors briefly overtook us so we were under pressure again. With the car ready again and systems improved, we departed for our third attempt on Sunday morning at around 10:30. The result was 684 km/m3. An improvement of about 51%.

After examining the attempt, there was still a lot of room for improvement because the energy buffer was full most of the time during the race. This meant the fuel cell could be set to produce less power and thus reduce fuel usage. Next to that, our driver, Josh, had to brake a few times during yellow flag situations and thus wasting a lot of energy.

The first place (779 m3/km) was in sight. With systems improved for the last run we took off at around 14:45. It started out great, but after a few laps Josh was surprised by a slow driver. When he applied the brake his back wheel slipped a lot. This meant we lost a lot of kinetic energy and we also had to increase our speed the rest of the race in order to make it back in time. The result was only 630 km/m3, a little below our best attempt.

After analysing, it became apparent that still the fuel cell could have been set to an even lower power output. If we combine that with the fact that we had a race strongly influenced by traffic, we can conclude that the car had a higher potential if Josh was offered more space on the track.

The team is happy with third place, but a little disappointed because we were not able to extract everything out of Ecorunner 8. Luckily, to ease the pain, the team was awarded with the Vehicle Design award. This was thanks to a very proper car, an advanced neural network for the strategy and a great team structure.

With chins up we leave the Shell Eco-Marathon 2018, ready to come back stronger next year!”

More information can be found on www.ecorunner.nl.