The world of social robots

On April 6 Chris Verhoeven was featured in the latest edition of the Dutch television series ‘De Kennis van Nu’. In this episode the hosts explored the world of social robots.

Chris explained his vision on robots. In his view robots are electrical animals and can thus be seen as the next step in evolution. According to Chris it’s important to integrate robots into our society so that society can domesticate them. Another topic of the show was the PAL-Project, where they showed how robot Charlie helps children with diabetes to gain a better understanding of their disease.

The complete episode can be viewed here: http://www.dekennisvannu.nl/site/media/Robotliefde/6386 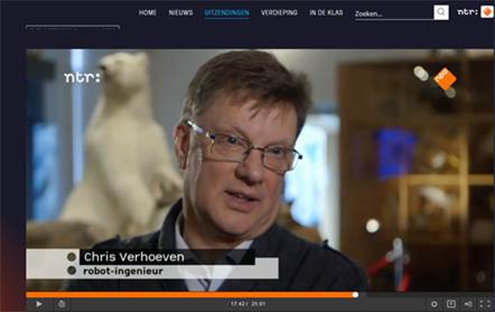