New research shows that a new class of antiviral drugs works by causing the virus' replication machinery to pause and backtrack, preventing the virus from efficiently replicating. This discovery, made possible by a high-throughput experimental technique called "magnetic tweezers," could speed the development and approval of related antiviral drugs. A paper describing the research by an international collaboration of scientists from Delft University of Technology, Penn State University, Friedrich-Alexander University in Germany, and the University of Minnesota, has been published in the journal Cell Reports. 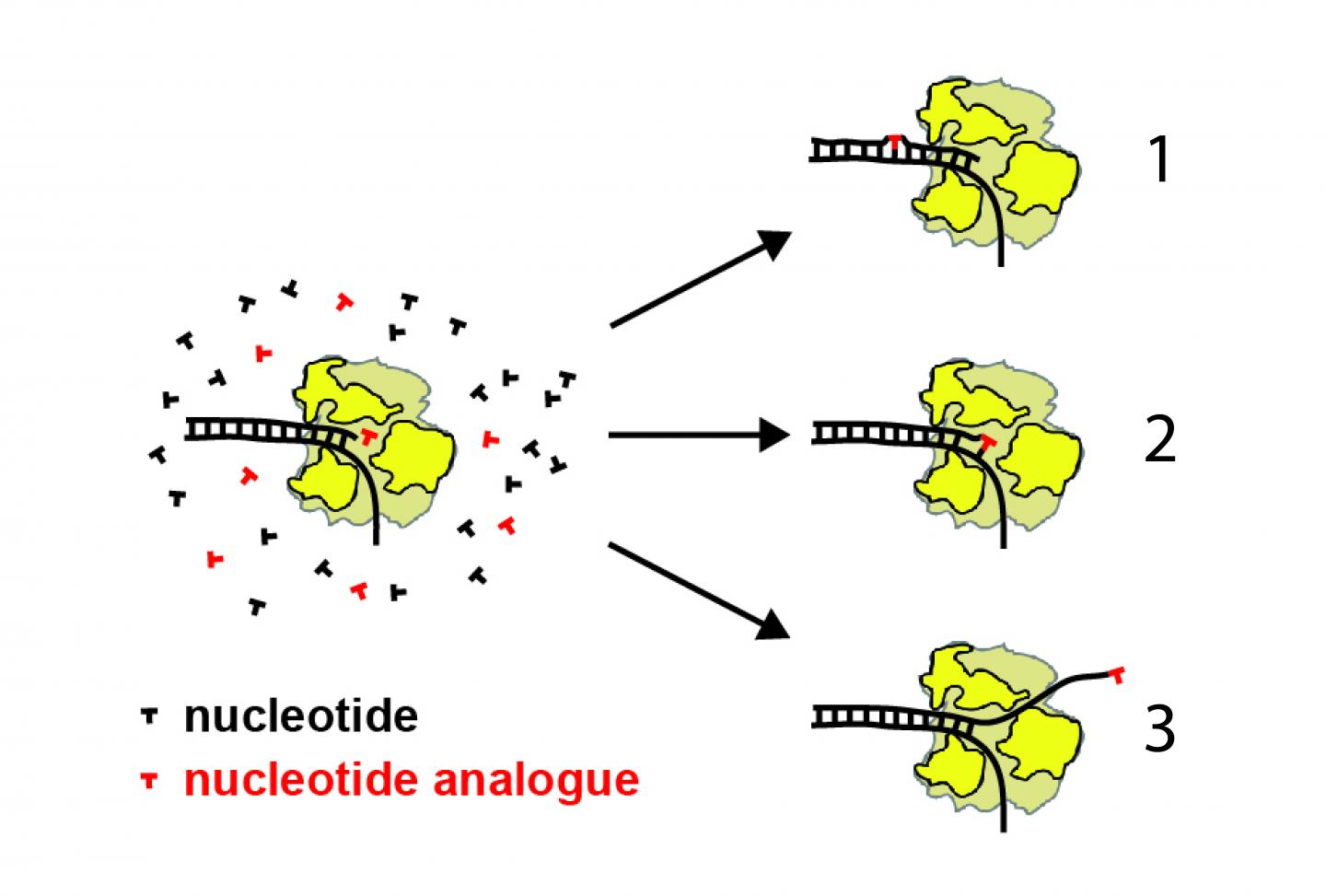 "Viruses are a massive threat to global public health," said Craig Cameron, professor and holder of the Eberly Family Chair in Biochemistry and Molecular Biology at Penn State and a lead author of the paper. "Developing broad-spectrum antiviral drugs -- ones that are effective against many different viruses -- is vital to our ability to prevent or respond to outbreaks. We were able to demonstrate the mechanism of a newly developed class of antiviral drugs that are potentially broad spectrum."

Making copies
Essentially all RNA viruses - whose genomes are composed of RNA rather than DNA - use an enzyme called RNA-dependent RNA polymerase to express genes and replicate their genome in order to make new copies of themselves. The polymerase enzyme is therefore an attractive target for developing broad-spectrum antivirals. In order to make more viruses, the RNA polymerase enzyme replicates the virus genome by incorporating nucleotides -- the building blocks of RNA or DNA, which are made up of a base and a sugar -- one at a time. For many antiviral drugs, alternative versions of these building blocks are designed such that when they are incorporated during replication, they somehow disrupt the process.

‘Another aspect of the novelty of this research is that we studied the biophysics of this polymerase enzyme’, said Nynke Dekker, professor at the Kavli Institute of Nanoscience at Delft University of Technology, who coordinated the project. ‘This has not been done before, and we hope our paper demonstrates the added value of biophysics and statistics to the field of virology.’

Statistical backing
To understand the disruption mechanism, Dr. David Dulin, at the time a senior postdoctoral researcher in the Dekker lab, used magnetic tweezers to monitor the progression of hundreds of individual RNA polymerase enzymes during the replication process in the presence of antiviral drugs. The magnetic tweezers work by tethering one end of hundreds of individual strands of RNA to a surface and attaching a magnetic bead to the other end. A magnet then holds the strands vertically while the researchers monitor the beads under a microscope. As the RNA polymerase builds new RNA, the length of the strand changes, moving the bead up or down. Because they can monitor hundreds of these processes simultaneously, the researchers are able to build datasets and develop sound statistical backing for their observations.

"We were particularly interested in an antiviral called T-1106," said Cameron. "It is related to Favipiravir, which was recently approved in Japan for use in the treatment of influenza, but the mechanism was unknown. We were able to show that these antivirals -- a new class that alters the base of the RNA building block, rather than the sugar -- work in a new way. Unlike other known antivirals that either incorporate mutations into the replication process or stop it completely, this new class works by causing the RNA polymerase enzyme to pause and backtrack. With this understanding, we can begin to fine-tune the design of these antivirals and speed up the process of getting them approved."

In addition to Dekker, Cameron and Dulin (now at the Friedrich-Alexander University in Erlangen), the research team included Jamie Arnold, Hyung-Suk Oh, and Cheri Lee at Penn State; Theo van Laar and Martin Depken at Delft University of Technology; and Angela L. Perkins and Daniel A. Harki at the University of Minnesota.

The research was supported by the U.S. National Institute of Allergy and Infectious Disease of the National Institutes of Health, the Burroughs Wellcome Fund, the Netherlands Organisation for Scientific Research, and a European Union ERC Consolidator Grant.