CloudCuddle has won the TedXAmsterdamWomenStartUp Award 2017. The company from Delft that developed a transportable bedtent for disabled children beat the two other finalists during the yearly TedXAmsterdam Women event that was held yesterday in the Koninklijk Instituut voor de Tropen.

The three finalists pitched their product in front of a jury in a packed house. They were chosen from 80 starting female entrepreneurs who had signed up for the StartUp Award. CloudCuddle has won a business trip to Hong Kong and extensive coaching by renowned companies, among which ABN Amro, Deloitte and Clifford Chance.

Winning this award is an extra boost to being committed to solving the problems parents of physically impaired children face every day.

Lotte Leufkens from CloudCuddle: “Winning this award is an extra boost to being committed to solving the problems parents of physically impaired children face every day. One of these challenges is sleeping away from home. This challenge inspired us to design a flexible solution: the CloudCuddle. With this product, you can make a safe place to sleep for physically impaired children in no time.”

CloudCuddle was founded in March 2016 by Lotte Leufkens and Francesca Lucas, both students at Delft University of Technology. The idea for a secure, mobile sleeping environment for children with physical and / or mental disabilities arose during the minor Biomechanical Engineering in 2014. Lotte Leufkens and Francesca Lucas decided to develop their idea further and set up a company when it appeared that several families are in need of a proper solution. 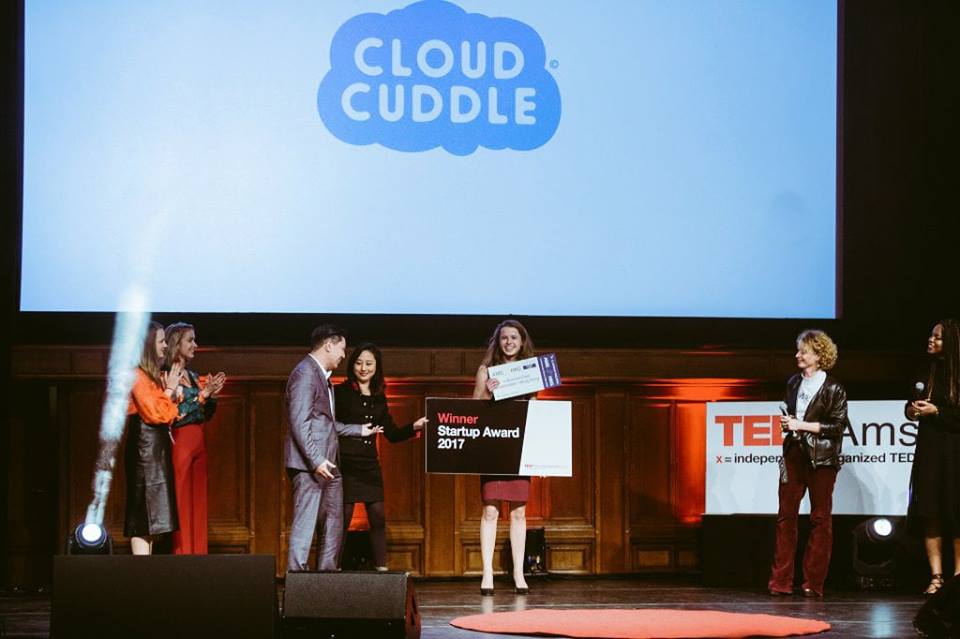