DESHIMA is a completely new type of astronomical instrument with which a 3D map of the early universe can be constructed. In early October, Dutch and Japanese researchers installed the DESHIMA measurement instrument under the ASTE telescope in Chile. Over the past few days, DESHIMA has recorded light from an astronomical source for the first time. The development represents a significant milestone in the process of making the instrument operational.
DESHIMA has been developed by TU Delft, SRON Netherlands Institute for Space Research and the Leiden Observatory, working together with a consortium of Japanese universities led by The University of Tokyo, and the National Astronomical Observatory of Japan (NAOJ).

Astronomers looking to find out more about the early beginnings of our universe need to measure infrared light which has taken between 10 and 13 billion years to reach earth. Sensitive instruments are required for this. A team from TU Delft is collaborating with SRON, Leiden Observatory and Japanese astronomers to develop superconductive and extremely sensitive measurement equipment that speeds up the current measurement process 100-fold. Its members are currently on location in Chile to install and test the equipment. 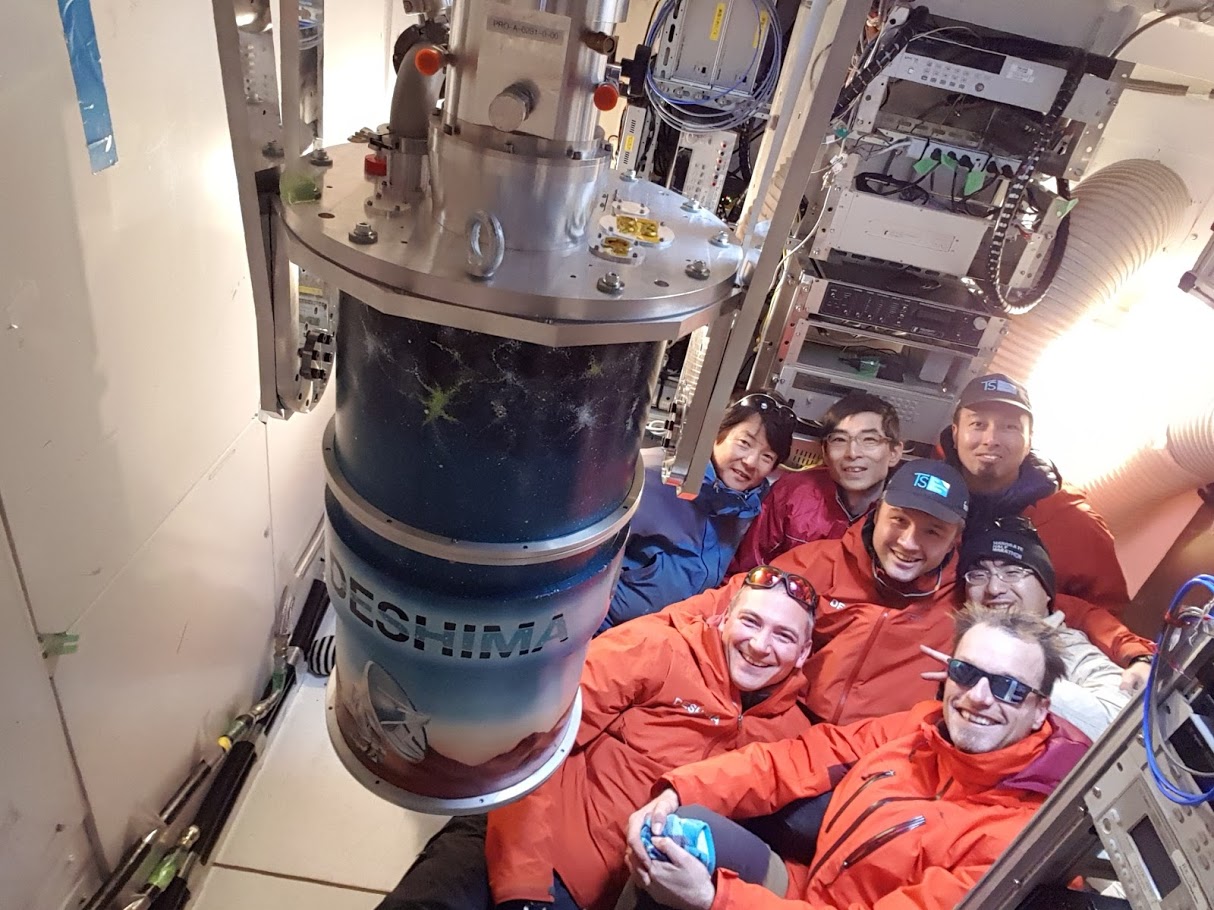 A new type of spectrometer

The research team departed in September for the Atacama Desert in Chile. There, at an altitude of 4.8 kilometres, you will find the Japanese Atacama Submillimeter Telescope Experiment (ASTE). During recent weeks, DESHIMA (Deep Spectroscopic High-redshift Mapper) was installed into this telescope. This new type of spectrometer determines the exact distance to far infrared star systems by measuring the 'redshift' of the spectrum of the star systems. DESHIMA is the first broadband spectrometer for these specific infrared frequencies. 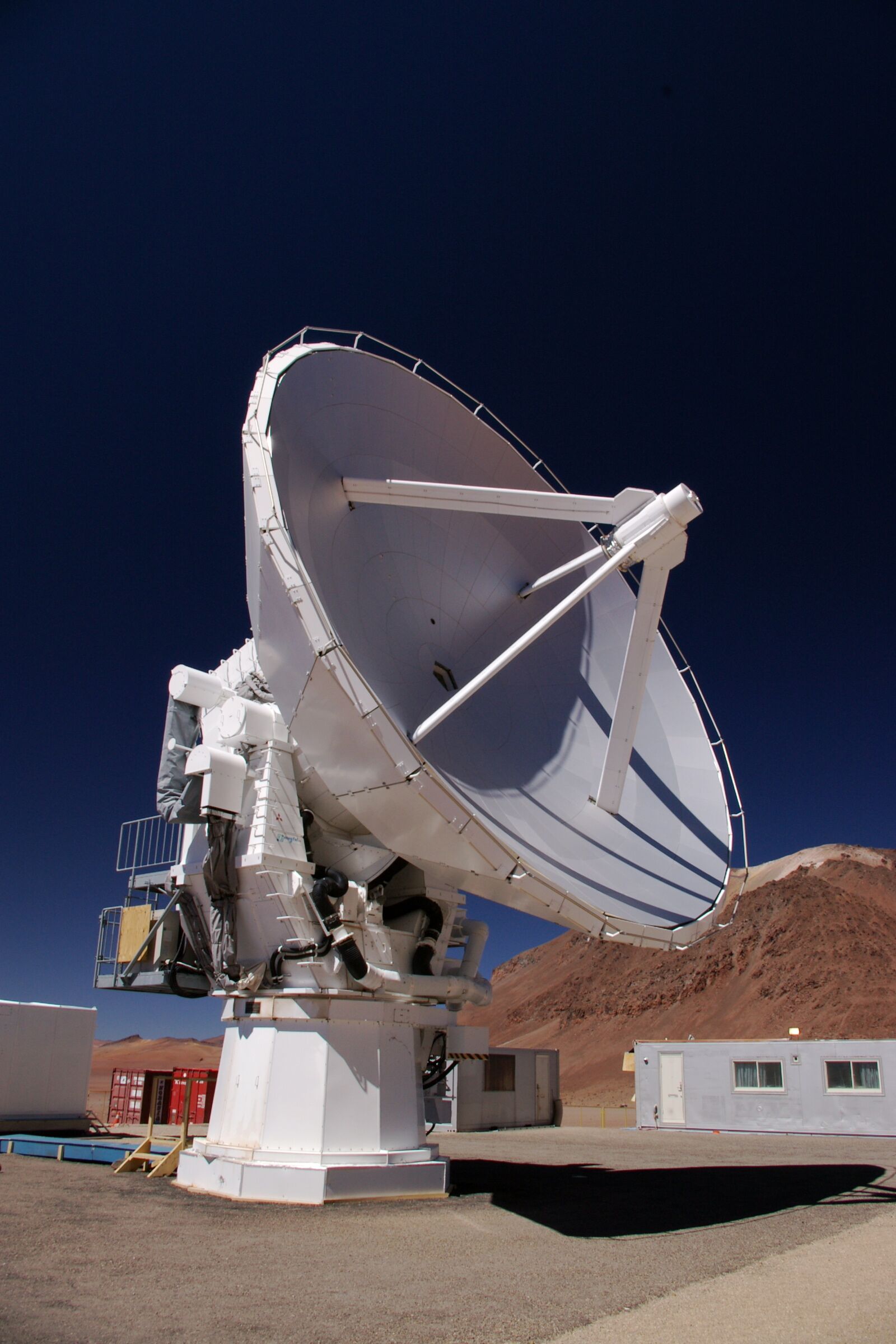 The idea for DESHIMA was born in 2009, at the same place in Chile. That was when Akira Endo (TU Delft) came up with the concept of a spectrometer with a large number of MKID detectors. MKIDs, or  Microwave Kinetic Inductance Detectors, are extremely sensitive radiation detectors that can detect the most minute changes in radiation energy with the greatest precision. Jochem Baselmans (SRON/TU Delft) later suggested creating the entire spectrometer on the same chip, without using optics: the idea of the superconductive, on-chip spectrometer was born.
A single superconductive chip, further developed by these and other researchers from TU Delft and SRON, collects the far infrared radiation, filters it into narrower frequencies and detects the luminosity per frequency. The chip is cooled in a cryostat (developed by Entropy) to a temperature of -273 degrees Celsius (120 milliKelvin) and read by special reading electronics. The cryogenic measurement setup and electronics were both developed by SRON.

Narrowband far infrared spectrometers are already available, but DESHIMA is the first spectrometer of its kind to actually be tested on a telescope. What makes DESHIMA special is its instantaneous bandwidth: DESHIMA will be tested in Chile as proof of principle at a frequency of 346 Gigahertz and an instantaneous bandwidth of 40 Gigahertz. Nobody has ever attempted to use such a large bandwidth to look so far back in time and deep into space.
The aim is to work towards a bandwidth of 240-720 GHz in a few years’ time, which requires even more precise - and hence more challenging - lithography. SRON and TU Delft are already working on a successor to DESHIMA called MOSAIC, a 25-pixel version that is expected to be operational in three years’ time.
If everything goes according to plan, researchers will soon be able to use it to create the first 3D map of star systems dating back to the dawn of our universe.

In the DESHIMA project, TU Delft collaborates closely with the SRON Netherlands Institute for Space Research, Leiden Observatory, the University of Tokyo, Nagoya University, The University of Electro-Communications, Saitama University, Hokkaido University, and the National Astronomical Observatory of Japan (NAOJ). This research was made possible with grants of NWO, ERC and JSPS.

The Atacama Submillimeter Telescope Experiment (ASTE) is the state-of-the-art 10-m submillimeter telescope located 4,800 meters above sea level at the Atacama Desert in Northern Chile. NAOJ operates ASTE in collaboration with Japanese universities and the University of Chile. ASTE is a forefront observatory of the cool universe and at the same time, provides a testbed environment for cutting-edge technologies for advancing astronomy. Check  http://alma.mtk.nao.ac.jp/aste/index_e.html.

To find out more about the technology behind DESHIMA, the research project in Chile and studying star systems in general, read the blog produced by TU Delft’s Faculty of Electrical Engineering, Mathematics and Computer Science:
https://www.tudelft.nl/en/eemcs/current/nodes/stories/the-deshima-guide-to-the-galaxy/