Today Microsoft and TU Delft officially start their new long term collaboration: Microsoft and TU Delft's quantum institute QuTech will be collaborating intensively on the development of topological qubits, which have the potential to become the building blocks of a future quantum computer. As part of the collaboration, Microsoft will soon open its own lab on campus, Station Q Delft, to be led by Prof. Leo Kouwenhoven who is employed by Microsoft since end of last year. In this public-private partnership, QuTech and Microsoft aim to build topological quantum bits into a working quantum computer. 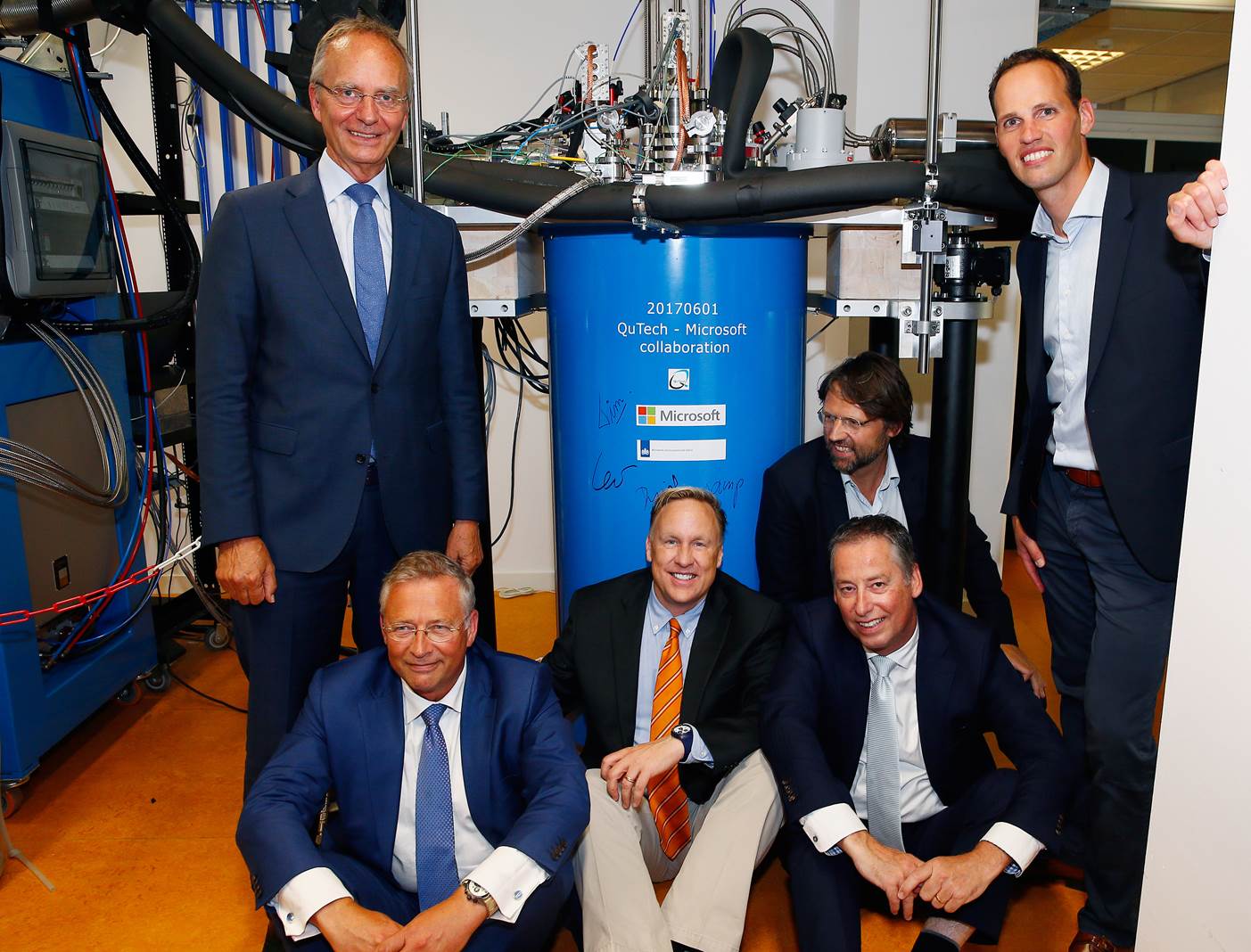 Ronald Hanson, Director of QuTech, is delighted about the collaboration: “In science, we have made enormous leaps in quantum technology in recent years and are now on the verge of actually being able to use the technology. To achieve this, it is essential that we bring together cutting-edge science from universities and advanced engineering from high-tech companies like Microsoft.”

In the next decades, scientists expect to be able to build quantum computers. They take advantage of the extraordinary properties of quantum mechanics, in which quantum bits can be both 1 and 0 at the same time. This makes it possible to solve certain types of calculation problems incredibly fast, which even the very largest supercomputers are currently unable to achieve. It is also expected that this will accelerate the quest for new special materials, for example.

President of the Board of TU Delft Tim van der Hagen is also pleased with the new partnership: “Microsoft is now coming to our campus in Delft and will be investing heavily in staff and facilities. This will not only give a major boost to our research, but will also help us to attract the very best scientists and students to Delft. We will be able to build further on the Netherlands' leading role in quantum technology, with the TU Delft campus at the heart of it all.”

The celebration of the new partnership took place in attendance of Henk Kamp, minister of Economic Affairs and ambassador of National Icon QuTech.  "Leading IT companies like Microsoft and Intel have been using QuTech to invest in Dutch quantum technology for several years now. By now, our national icon QuTech is definitely on the international map. The arrival of a Microsoft lab in Delft, provides a powerful impulse for the further development of this future technology. The new lab is an enrichment for the Delft campus where companies, investors and researchers work together on this technology, but also on other innovations related to IT and energy.", minister Kamp said.

The topological qubit is one of QuTech's scientific roadmaps. Scientists at TU Delft are also working on a quantum internet, which is set to make intrinsically secure communication possible, and on fault-tolerant quantum computing, in which several qubits together monitor the fragile quantum states. In the latter programme, TU Delft scientists are working intensively with chip manufacturer Intel and others.

QuTech was founded by TNO (the Netherlands Organisation for Applied Scientific Research) and TU Delft. TU Delft's quantum research receives financial support from the Netherlands Organisation for Scientific Research (NWO) and the European Union. In 2014, QuTech was chosen by the Dutch government as a National Icon, with Minister of Economic Affairs Henk Kamp as its ambassador.