New wave radar predicts exactly when it is dangerous at sea

Thanks to the ‘wave radar’ developed by TU Delft researcher Peter Naaijen, everyone at sea can see whether they will be hit by dangerous waves in the next five minutes and how their vessel will respond to this. This will greatly benefit the safety and efficiency of offshore operations. His PhD defense will take place on Friday 6 October.

‘To some extent, wave conditions at sea can already be predicted, although unfortunately not so precisely. And seeing that you want to know exactly when and where the waves will hit, such predictions are of little use,’ says Peter Naaijen. ‘Compare it with a weather forecast that predicts a thirty per cent chance of rain for the country; you will not know exactly when and where that will fall. A rain radar is much more specific with regard to time and place, and therefore often more useful. The wave radar that has been developed is comparable to existing rain radars: during my PhD research, I demonstrated that it is possible to predict how high the waves will be around a vessel two and a half minutes in advance.’

A big advantage is that most ships now have all the hardware on board to be able to predict waves, so that the new technology does not require major investments. ‘We use the ship’s navigation radar. This currently indicates where other vessels are and the exact position of the coastline,’ says Naaijen. ‘But, actually, the radar receives much more information than that, such as where all the waves are.’

The radar emits electromagnetic waves that reflect off the sea waves, which are then received by the antenna. This information is currently filtered out, because it is not interesting for the ship’s captain. ‘We actually extract this raw radar data so we can analyse it with smart algorithms. In essence we are using a waste product.’

This knowledge can help reduce accidents in the offshore industry. Helicopters will no longer crash when trying to land on ships due the deck suddenly rearing up. Heavy loads can also be transferred between ships without fear of collision and causing damage. And engineers of offshore wind farms will no longer need to be caught out by precarious conditions.

It is even possible to predict gaps in bad weather when it will be more settled. On the one hand, this will save downtime, but it will also ensure ships can plan their logistics much more precisely.

‘Margins in the wind-turbine industry are small,’ says Naaijen. ‘So you can gain a lot of hours a day and days a year if you no longer have to wait to carry out your offshore operations.’ 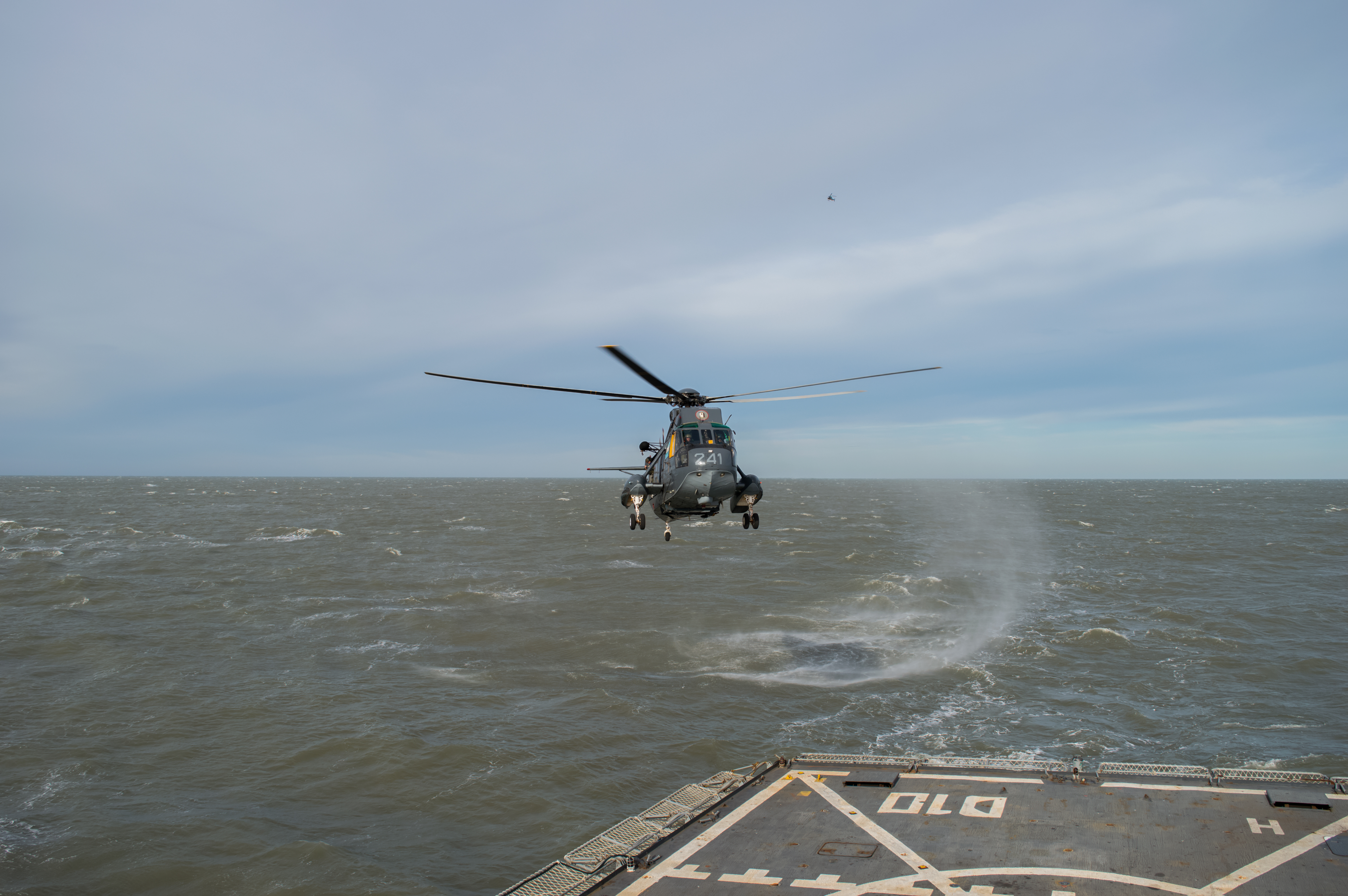 Getting the job done safely
If and when a ship sets sail is still largely determined by the “sea state”, a kind of scale that indicates the intensity of the waves (just as Beaufort is a scale to indicate wind strength). ‘Imagine a three-metre wave is the upper limit for carrying out a certain operation that lasts two minutes. If the conditions at sea are at sea state 4, the ship will not leave port, because the probability of a three-metre wave occurring will be too high,’ explains Naaijen.

‘However, in practice, it appears that 93 per cent of the time is made up of intervals of at least two minutes during which the three-metre limit is not exceeded! Therefore, if you know exactly when these high waves will occur, you can avoid them, giving you plenty of time to get the job done safely. This means that you can potentially make huge savings because ships no longer need to be always port-bound in higher sea states.’

In the meantime, Naaijen has started the company Next Ocean with a former fellow student and has received a grant from the STW Technology Foundation to go ahead with the actual development of the wave-radar app. ‘I have been encouraged by parties in the industry, like Boskalis and Allseas, to translate my research into a product, due to the great demand for this in the offshore world.’

The first customer is already known: Allseas will be the first company to fit its ships with the Next Ocean Wave Predictor. ‘But actually it is more of a “ship motion predictor”,’ says Naaijen. He expects to have the software ready by the end of 2017 and it should be available to the ship’s crew on mobile devices in 2018.