One step closer to the quantum internet by distillation

Scientists all over the world are working towards new methods to realize an unhackable internet, an internet based on quantum entanglement – an invisible quantum mechanical connection – as networking links. The greatest challenge is scaling to large networks that share entangled links with many particles and network nodes. Researchers in Delft and Oxford have now managed to distil a strong entangled link by combining multiple weaker quantum links into one. This method is essential to realize a trustworthy quantum network between several quantum nodes. This innovative new work has now been published in Science magazine.

Safe communication is one of today’s greatest digital challenges. There is a world-wide scientific effort towards new methods to realize a truly safe internet based on the laws of quantum mechanics. With such networks, secret eavesdropping is fundamentally impossible. However, realizing strong links in a quantum network, based on the powerful but fragile principle of quantum entanglement, is a great scientific challenge.

‘Entangled particles behave as one, independent of distance. Any observation of such entangled electrons result in correlated information,’ Professor Ronald Hanson explains. Measuring one particle therefore instantaneously influences the other, even when they are light-years apart. Albert Einstein did not believe such a connection could exist, but a carefully designed experiment from the group of Professor Hanson in Delft in 2015 reached the world press for showing that this really is the case. They were able to succeed at this long-standing challenge by entangling quantum information over distances of over a kilometre via light particles. Scientists are now working towards ground-breaking technologies based on entanglement. Strong connections via quantum entanglement can be the basis for information sharing. ‘The information exists at both places and there is no need for sensitive information to travel in between,’ Hanson elaborates, ‘we expect fundamentally safe future networks based on entanglement between quantum nodes: a quantum internet.’ The power of quantum entanglement is that it is invisible for third parties: the information is impossible to eavesdrop.

The research group of Ronald Hanson at QuTech is famous for realizing networking links based on quantum entanglement. They are now building on this work to construct the first quantum internet. Ronald Hanson: ‘We are now taking an important step forward. Whereas we first realized entangled information between two electrons in diamonds, we now also are using one of the nuclear spins present in each diamond to temporarily store the entangled information.” With the information stored safely, the scientist can entangle the electrons again. Hanson: ‘Now we have two entanglement links. By combining these in a smart way, we manage to generate one strongly entangled link using two weaker entangled links, just like distilling whisky out of lower-alcoholic ingredients.’ In principle, this process of entanglement distillation can be repeated over and over, until high-quality entanglement is obtained.’

The demonstrated method is an important step towards the quantum internet. Norbert Kalb, one of the leading authors of the paper: ‘to realize such a network, we need all the ingredients of the current internet: a memory, a processor and networking links. Now we have demonstrated that nuclear spins can be employed as memories that are not disturbed by regenerating entanglement between the electron spins, the processors,’ says Kalb.

In this publication, Hanson and his team showed that entanglement can be stored in nuclear spins while regenerating entanglement between electron spins. Hanson explains the future possibilities: ‘we could now entangle electrons in additional quantum nodes such that we can extend the number of networking links towards a first real quantum network. Scientifically, a whole new world opens up’ This entanglement distillation is essential for the future quantum internet, which requires multiple networking links of high quality. Hanson thinks the future is within reach: ‘in five years we will connect four Dutch cities in a rudimentary quantum network.’ 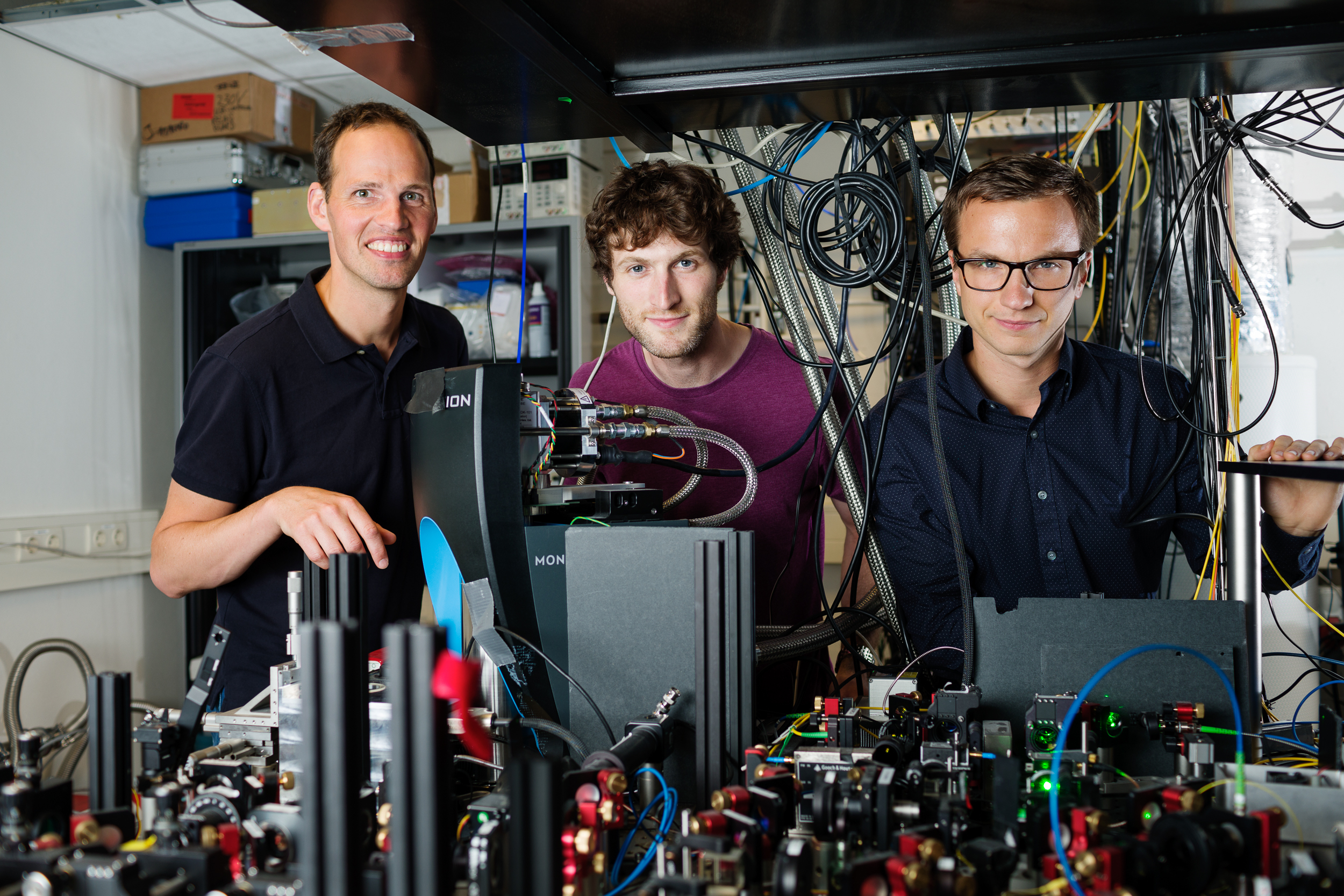 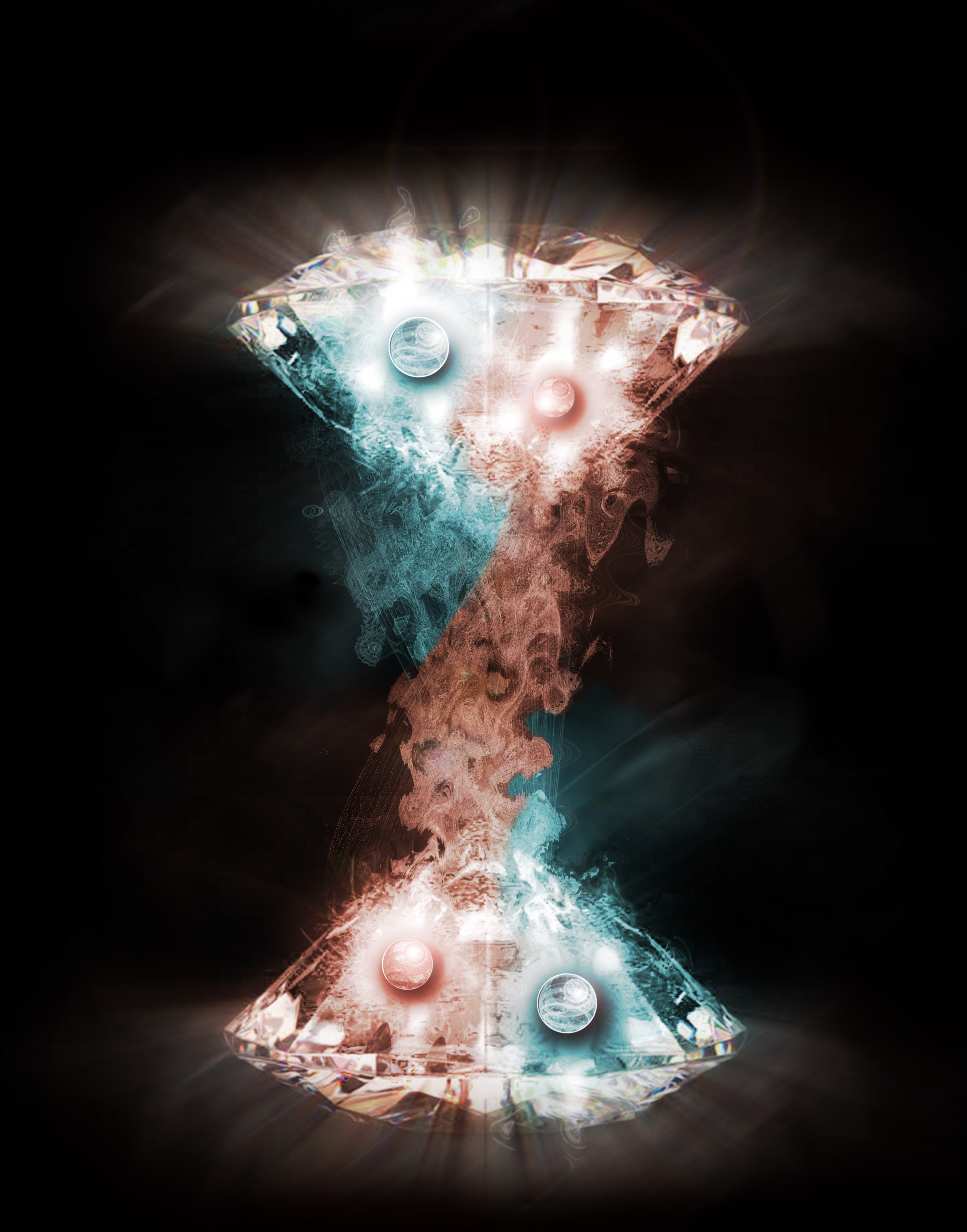 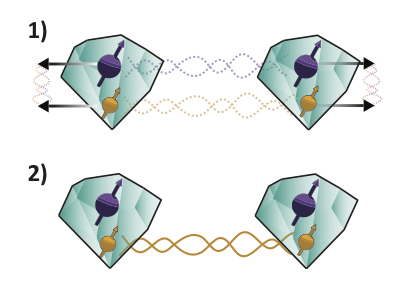