Paraplegic can walk up stairs with exoskeleton

Climbing stairs, getting up from a low sofa and walking across an uneven surface, that was not a problem for paraplegic Ruben de Sain during the Cybathlon Experience on October 7, thanks to an exoskeleton, a supportive robotic suit, built by TU Delft students. The competition in Germany for bionic paraplegic athletes saw the students demonstrate the potential of an exoskeleton as an aid in daily life for people with paralysed legs.

The TU Delft student team Project MARCH conquered all four everyday 'obstacles', set up on a track at the REHACARE trade fair, with their exoskeleton. They competed against not only fellow academic teams but also commercial teams such as ReWalk. Ruben de Sain and the students became second in the competition.

After a year of designing and building, this competition was the ultimate arena for the students to test their exoskeleton for use in daily life. Winning the competition is not what drives the students. "Off course we are very proud of this achievement, but more important is that our successful completion of all four components shows that the exoskeleton is getting closer to becoming an aid for everyday use", said Donald Dingemanse, team manager and Industrial Design student at TU Delft.

Intensive training programme
Project MARCH which took place in Delft at the end of August demonstrated that paraplegic Ruben de Sain can walk in the exoskeleton designed and built by the students. Once these first steps had been taken, the students and Ruben embarked on an intensive training programme for the Cybathlon Experience. "We started with the stair climbing; once that was successful, we moved on to the slope. That's how we trained step by step for every component", explains Dingemanse. "The training sessions revealed points needing work, which were then analysed; and that's how the robot suit was gradually improved."

"We started designing a completely new user-friendly exoskeleton a year ago. The fact that we made so much progress in such a short time shows the potential of this technology and bodes well for the future", says Dingemanse. Ruben de Sain likewise believes that exoskeletons have a promising future. "The Project MARCH student team shows what kind of improvements are possible in just a year. Who knows where we will be in a couple of years when these developments have evolved further? The prospect offered by this kind of exoskeleton is something that we must pursue", says Ruben. For paraplegics, this new development in medical technology not only means improvement in mobility but also offers advantages in terms of the user's physical and mental condition. “Being able to walk is good for general mental and physical fitness, and has a positive effect on the added complications of paraplegia, such as cystitis and bowel problems,” points out Ilse van Nes, rehabilitation doctor at Sint Maartenskliniek hospital, where Ruben de Sain underwent a rehab programme that used a commercial exoskeleton.

The next Cybathlon in Zurich has been announced; it will take place in 2020. With this competition on the horizon, the Project MARCH students will continue to work on new exoskeleton developments during the next few years. Each year, a new group of TU Delft students designs and builds an exoskeleton. This way, Project MARCH aims to get closer to its ultimate goal: to restore full mobility to people with a spinal cord injury. 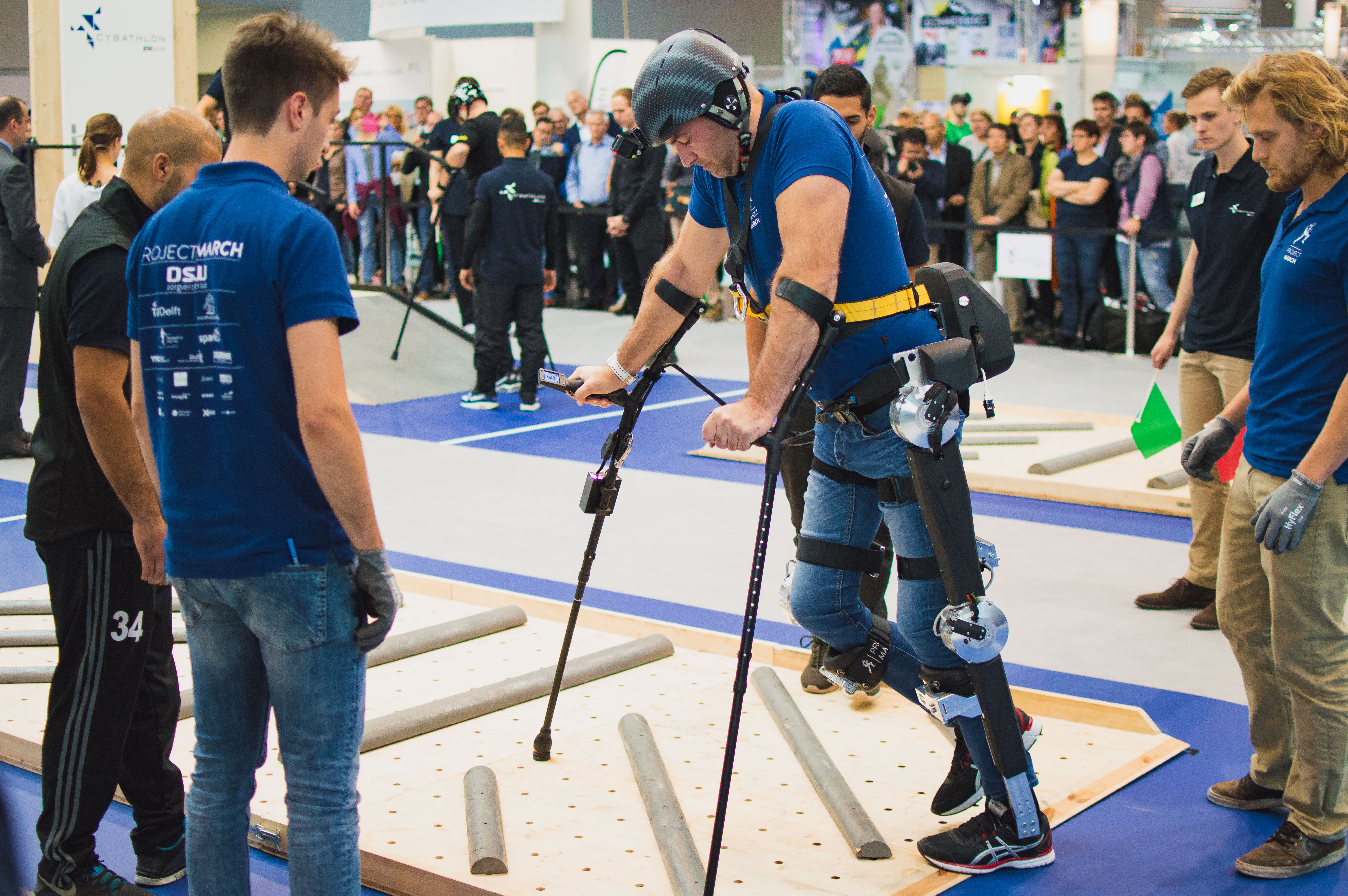