A plastic cap with a pattern of pinpricks. This seemingly simple adjustment means that high-quality 3D echography can be made much cheaper. Researchers from Erasmus MC and TU Delft published their findings in the journal Science Advances on Friday 8 December.

3D echo imaging is becoming increasingly important in hospitals and research. It allows doctors and scientists to study for example blood vessels (e.g. in the case of constrictions due to arteriosclerosis), babies in the womb (e.g. to discover irregularities during development) or tumours in the body. Diagnoses are made and treatments administered on the basis of this 3D imaging. There is, however, a disadvantage: it requires expensive equipment. This is mainly due to the thousands of sensors that receive the echo signals and turn them into 3D images. The researchers from Rotterdam and Delft have now come up with a cheap solution, enabling the images to be produced using only one sensor.

The scientists used compressive sensing, a data reduction technique employed in other high-tech equipment such as space telescopes. Lead author Dr Pieter Kruizinga, who works at both TU Delft and Erasmus MC, explains: “Ultrasound imaging equipment transmits sound waves. The echoes are then received by one or more sensors. Advanced 3D echo machines are equipped with thousands of sensors. We’ve discovered that placing a little plastic disk in front of a single sensor can deliver similar 3D images. We made a complex pattern of tiny holes in the disk. This results in the sound waves travelling in all sorts of different directions and the returning echo signals forming complicated patterns. A powerful computer allows you to calculate where the echoes are coming from. This is how the tangle of echo signals is turned into a really beautiful image which otherwise could only be created using an expensive 3D sensor.”

At the moment, the sensitivity is still low compared to the regular 3D systems. The researchers are convinced, however, that compressive sensing will in time lead to a drastic reduction in the price of 3D echography. “Of course, our method requires a powerful computer and that's not cheap,” says Kruizinga, “but it’s nothing compared to the cost of an advanced 3D echo machine.” PhD researcher Pim van der Meulen (TU Delft): “We’re going to further improve our device but expect that, within a reasonable amount of time, high-quality 3D images can be made using smaller, portable and affordable echo machines. That’s a great step forward – also for doctors in developing countries.” 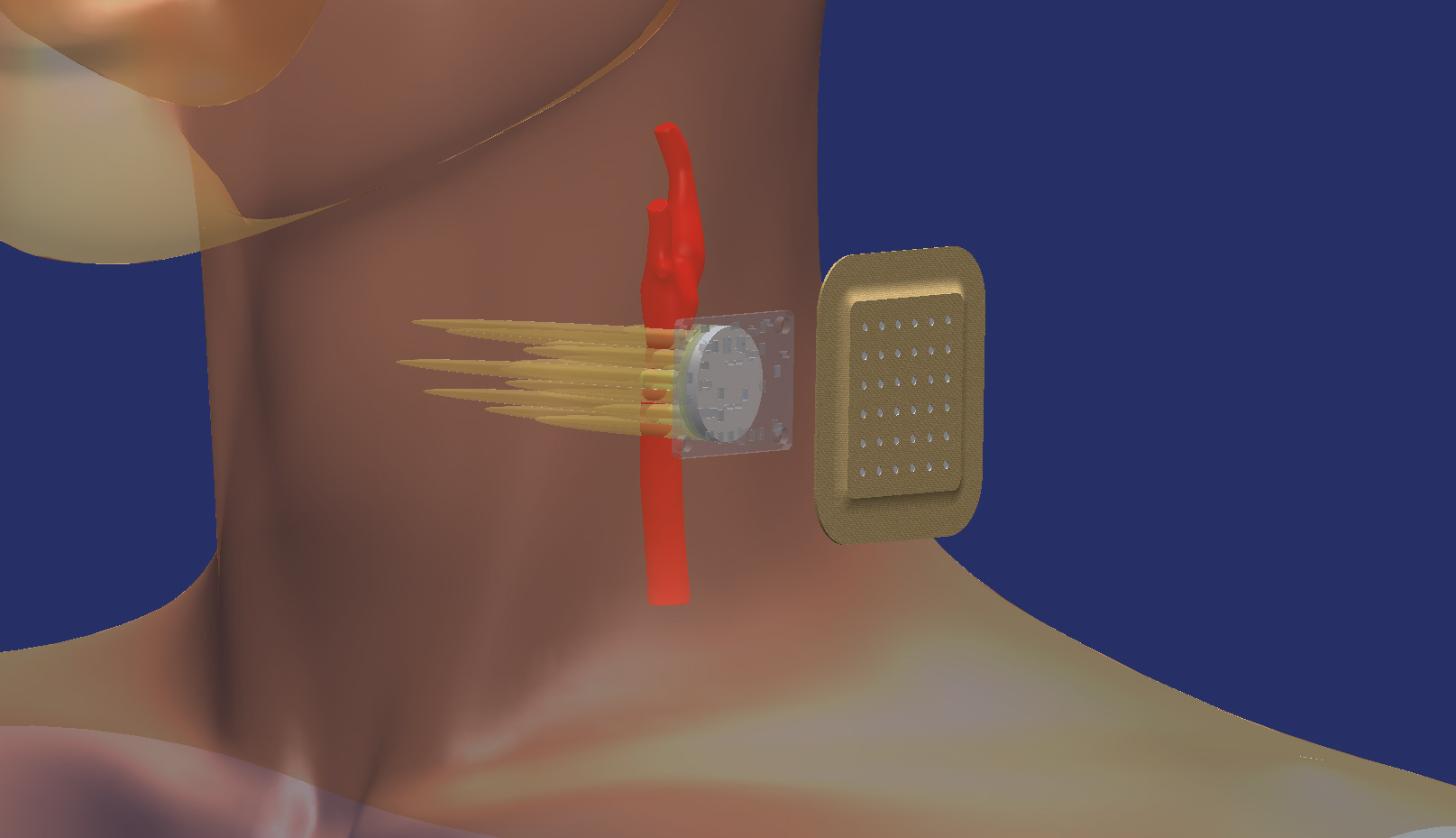 Artist impression of future smaller, portable and affordable echo machines, for example for scanning and monitoring of the carotid artery

This joint study by TU Delft and Erasmus MC is a good example of the fruitful collaboration in the Medical Delta.