It is not something you will find in nature, but it can be created using a 3D printer and existing biomaterials: a hybrid meta-biomaterial that promotes bone growth. TU Delft researchers have developed a meta-implant that combines a conventional meta-biomaterial with an auxetic meta-biomaterial. This is important since – unlike natural materials – auxetics have a negative Poisson’s ratio: when stretched, they become thicker perpendicular to the applied force. The material may therefore be applied in hip implants to ensure their long-term fixation. The TU Delft researchers published their findings in the scientific journal Materials Horizons on 2 January 2018.

Around the year 2020, the number of hip prostheses around the world is expected to rise to 2.5 million a year. Using the current technology, about 10% of these implants will no longer be firmly fixated 10 years after surgery.  This inspired TU Delft Professor Amir Zadpoor to find a means of preventing implant loosening. Zadpoor now believes that he has found a solution, using an auxetic meta-biomaterial.

Meta-biomaterials are the biomedical variant of so-called metamaterials, materials that display characteristics that are not found in nature; they may be invisible, be extremely strong yet very light, or display negative thermal expansion. In their publication, Zadpoor and his colleagues outline how these unusual characteristics have immense potential in the development of medical implants. ‘Auxetic meta-biomaterial, designed using simple geometry and printed in titanium, displays the unique mechanical property of expanding when put under pressure. This makes it ideal for use alongside materials that do the opposite’, explains Zadpoor. ‘When someone with a hip implant walks, the prosthesis is subjected to various forces. If too much pressure develops on one side of the prosthesis, it can become detached from the bone, which is extremely undesirable’.

The researchers suspect that a hybrid prosthesis made of both meta-biomaterials with a positive Poisson’s ratio and meta-biomaterials with a negative Poisson’s ratio, will become much more fixated in the body. ‘This will significantly improve the chances of bone growth onto the hybrid meta-biomaterials, holding the implant much more securely in place’.  Zadpoor also thinks that he will be able to use this new material in the future to address the most significant cause of implant loosening. ‘Since there will be fewer unnatural forces at work on the prosthesis, there is a smaller chance of plastic particles wearing off in the hip cup, which can increase the risk of loosening’. 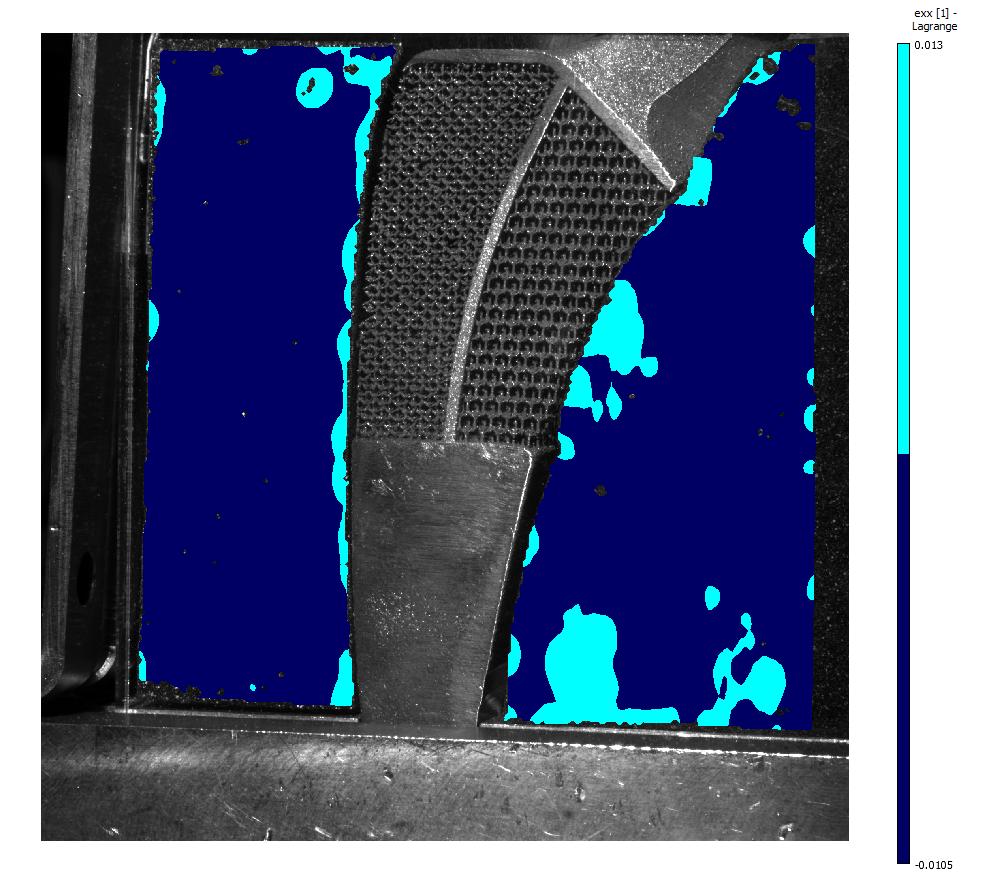 Compression on both sides of the hybrid hip implant

So far, Zadpoor’s experiment involved a vertical compression on an implant, surrounded by bone-like material (special foam with the mechanical properties of bone). The force simulates the stress exerted on an implant in the human body. As a result of this pressure, the implant – made from the new hybrid meta-biomaterial – expands, resulting in compression in the surrounding bone on both sides of the implant (the turquoise colouration seen in the above image). It is exactly this compression that can ensure improved implant fixation. Clinical trials are yet to be conducted. In the years ahead, the primary research question of the Delft group – who will be working in collaboration with researchers from various academic hospitals – concerns how exactly these properties can be used to develop better implants.

‘Innovation in the field of hip implants is badly needed, and Professor Zadpoor’s new method certainly has the potential to prolong the lifespan of implants.  A phased introduction starting with 3D measurements of this implant in patients will be necessary in order to guarantee the safe improvement of quality for patients’, says Professor Rob Nelissen, Medical Delta Professor and orthopaedic surgeon at the Leiden University Medical Centre.

The paper ‘Rationally designed meta-implants: a combination of auxetic and conventional meta-biomaterials’ was published in the Royal Society of Chemistry's peer-reviewed journal Materials Horizons on 2 January 2018, DOI: 10.1039/c7mh00699c.